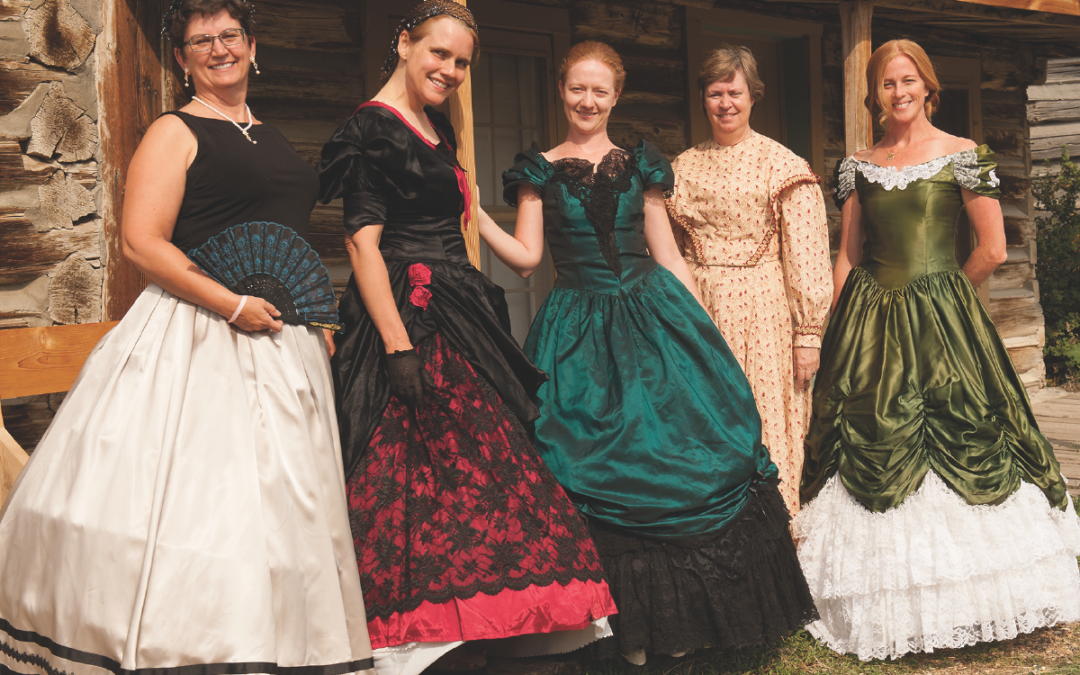 A tour of Western Montana is rich in mining heritage, ghost towns and living history centers.

Gold seekers started flooding into western Montana in 1863, setting off the first rush for riches and the establishment of the town of Bannack, which became the territorial capital of Montana the following year. Almost simultaneously prospectors found gold in Alder Gulch, and miners quickly rushed there and gave rise to Virginia City, which then became the territorial seat of government in 1865.

Today Bannack is a ghost town, and quite an interesting one at that, where about 50 of the structures from the town’s heyday still line the dirt street. It is now Bannack State Park, which is open from Memorial Day to Labor Day with tours and a variety of activities.

Virginia City is a state historic site and compared with Bannack is still quite a going concern. Business continues in many of the town’s historic structures and it is an easy stroll from one end of the commercial district to the other. This National Historic Landmark is open year around with a variety of key activities during the summer including the Alder Gulch Shortline Railroad operations and an opportunity to do some gold panning. Pick up some period attire at Ranks Mercantile before you attend the Brewery Follies, or have a libation at the Bale of Hay Saloon. On occasion the city also holds an 1865 Victorian ball.

Just a mile from Virginia City is Nevada City, which has an outstanding collection of 19th-century buildings that have been moved from various areas of Montana to create a town that interprets much of the mining and early settlement history in the state.

Butte also began as a gold and silver mining camp in the late 1800s, but by the early 1900s a new mineral was sought: copper. Miners flocked to Butte from around the world and following them were the people who populated the city, from Cornish families to brothel workers who offered plenty of action in the red-light district along Mercury Street. This mining camp exploded in population and the mineral resources made many men rich beyond their dreams. These copper kings included Marcus Daly, F. Auguste Heinze and William A. Clark.

At the World Museum of Mining, see original equipment at the Orphan Girl Mine and extensive exhibits that give you a chance to see—and in some cases, handle—equipment. Dozens of original and replica buildings are a part of “Hell Roarin’ Gulch,” including a Chinese laundry.

Other places to visit include the Copper King Mansion, which was the residence of William Andrews Clark. The 34-room mansion was built from 1884 to 1888 in the Romanesque Revival architectural style. Today many of the mining-era buildings, homes and mansions remain in what is undoubtedly a historically significant location in the mining west

To the northwest of Butte, Phillipsburg started in 1866 after the discovery of silver and the construction of Hope Mill, Montana’s first silver mill. The town is now also known for its sapphires, and you can mine for some of your own while visiting. Visit the Granite County Museum to learn more of the mining history in this area. The museum offers information about and directions to the nearby Granite Ghost Town State Park with its remnants of buildings from the area’s heyday as a mining town.

Granite townsite was established after Hector Horton found silver in the general area in 1865. The Granite Mine was established in 1872 with operations moved in 1875. It became one of the richest silver mines in the territory, yielding more than $40 million in silver riches during its heyday. The camp is now a part of Granite Ghost Town State Park and includes remnants of the old miners’ Union Hall as well as the Granite Mine superintendent’s house.

Montana’s territorial capital moved from Bannack to Virginia City in the mid-1860s, but the seat of government moved again in 1875 to Helena where four gold miners working in Last Chance Gulch, had found gold on October 30, 1864.

The mine in the Helena area ultimately proved to be the second biggest placer gold discovery in Montana. The Last Chance claims produced around $19 million in gold in just four years. Just to the northwest, an even richer vein of gold was discovered and developed at the Drumlummon Mine, operated by Irishman Tommy Cruse. That mine spawned the town of Marysville.

It took a while for territorial Montanans to decide where they would place their capital, having moved it from Bannack to Virginia City and then to Helena, but when it came time for the territory to become a state, there was no further change. Helena became the state capital. To learn more about this city, take a historic tour, or visit the Montana State Historical Society, which is in the final planning stages for a new heritage center.

Nez Perce Indians seeking to remain free crossed through western Montana in 1877 trying to stay ahead of the federal army led by Gen. Oliver O. Howard who wanted to force them onto a reservation in Idaho. They traveled south from Lolo Hot Springs through the Bitterroot Valley and into the Big Hole where they stopped at a campsite they called the Place of the Ground Squirrels. They had recently cut new tipi poles, and the camp was a place to rest from their flight and prepare the new tipi structures. On the morning of August 9, 1877, their sleep was interrupted by an attack of soldiers commanded by Col. John Gibbon. While warriors counterattacked and held off the Army, the women, children and elders of the tribe organized, and under direction of Chief Joseph with Chief White Bird’s assistance, fled south through Big Hole Valley. While camped at the Big Hole, Joseph wore traditional clothing including a waist-length red coat decorated with ermine tails attached like a fringe to the shoulders and sleeves and accented with blue beads, brass rivets and small circles of navy-blue material. That coat is now included in the visitor center exhibits at the Big Hole National Battlefield. Annually, on August 9, Nez Perce descendants of the embattled tribe return to the site for a commemoration of the battle.