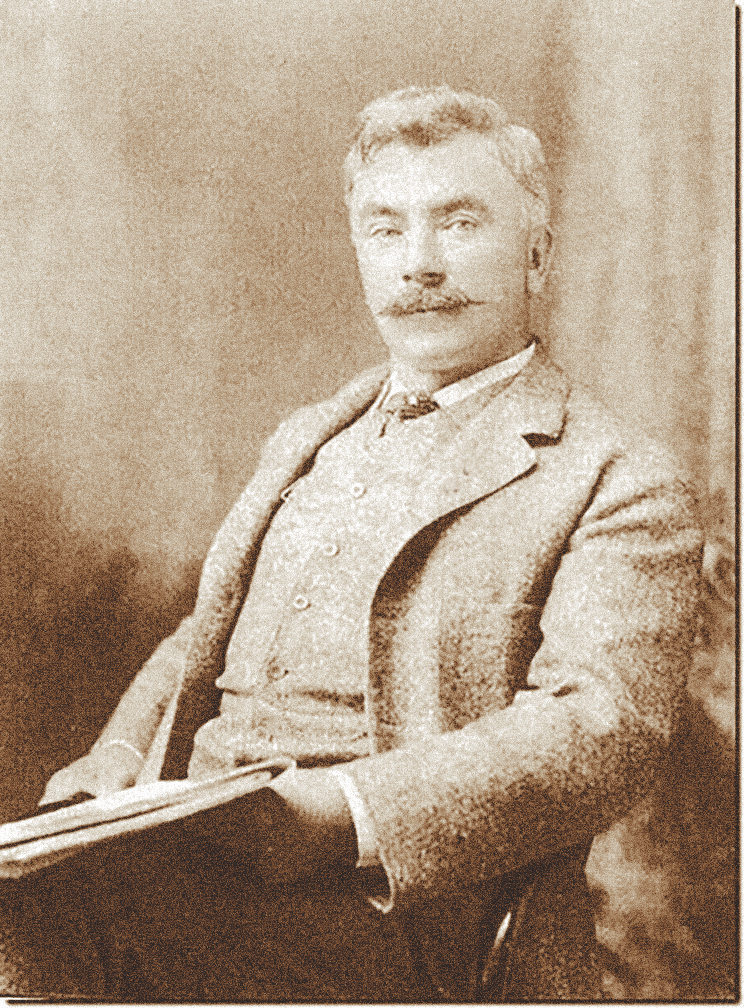 It would appear that Grant County’s murderous cattle baron, Tom Lyons (above), was the original John Dutton of the hit series, Yellowstone. Lyons, what a great name for a murderous predator! But like Kevin Costner’s fictional character, John Dutton (below), Tom Lyons possessed some good qualities too. One person remarked that he was “a fine man to anybody he liked; he’d do anything in the world for them.” 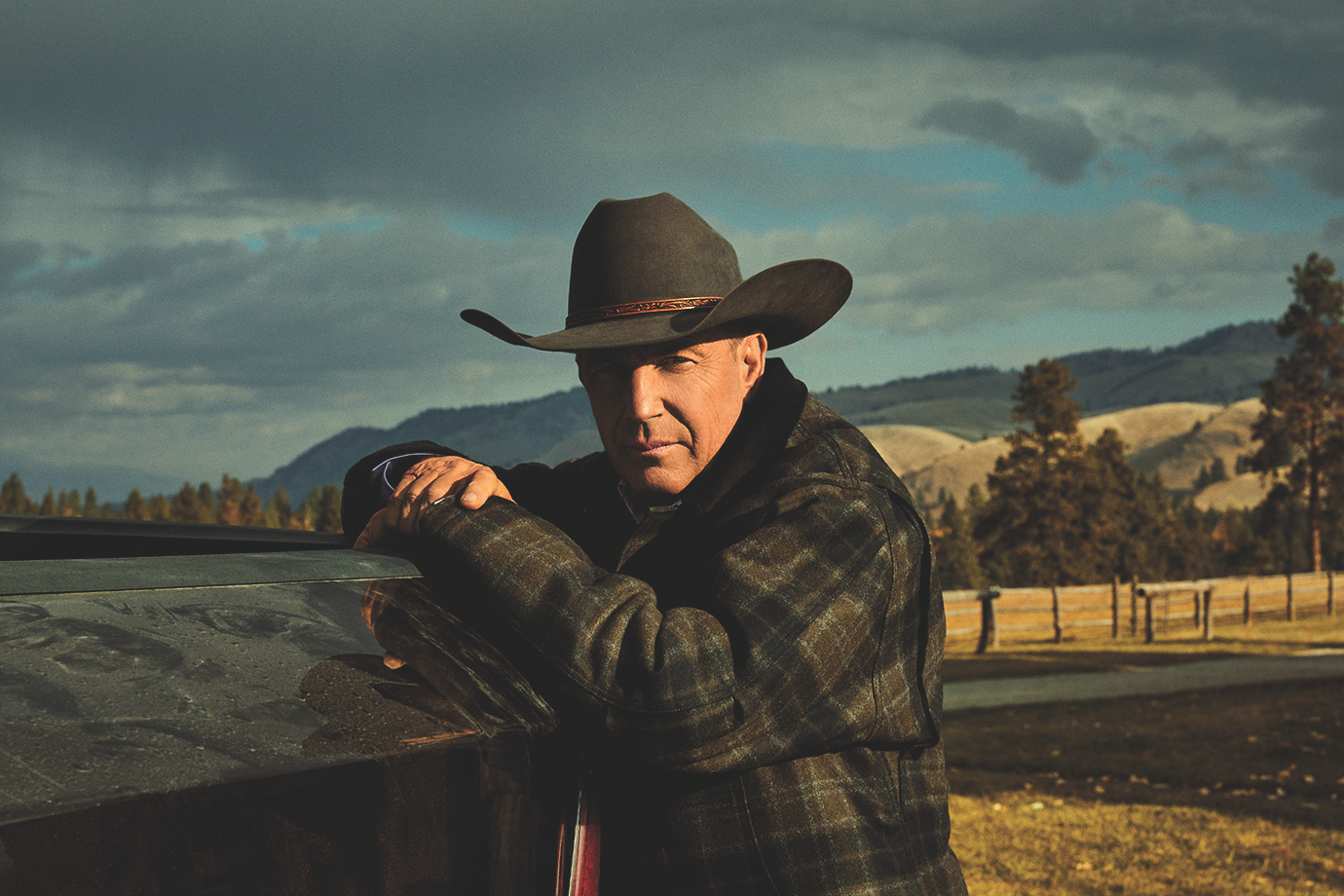 Like John Dutton, Tom Lyons possessed a huge, sprawling ranch that stretched 40 miles from east to west, and 60 miles from north to south. Dutton and Lyons were alike in that neither one allowed anyone to get in the way of them acquiring even more land and water. While John Dutton’s hired hands got rid of their victims by taking them to the “train station,” Tom Lyons had his thugs take rivals to the mountains and shoot them.

The Tom Lyons story, with all of its menace, murder, mayhem and drama, would make compelling viewing on TV or the big screen. Maybe call such a film “The Lyons King.”

We will follow up with Taylor Sheridan about who inspired his John Dutton character. We believe quite a few Old West cattle barons could have inspired the Dutton Clan characters in 1883 and Yellowstone, and 1932, the 1883 sequel currently in production.

Just got the latest issue of True West. I always read it cover to cover, even the ads. One ad in particular caught my eye and brought a chuckle.

I heard a story over a Thanksgiving dinner with my in-laws that, a few months later seemed easy to check out with the publication of a book subtitled Dark Angel. I wrote the author and my deep friendship with Leon Metz began. Shortly afterward, I began intense research of my own and became friends with Bob McCubbin and Bob DeArment. They got me to join NOLA and later WOLA, and then got me on the program to present some of my findings at NOLA-Mankato-July 2000. I was there to present “A Surprising Genealogy of Central Texas.” Half the audience got up and walked out. But Leon Metz, Bob McCubbin and Bob DeArment took seats in the front row. Chuck Parsons assisted me because I’d recently broken an arm. I got a standing ovation and lots of backslapping afterward, then Leon and I spoke excitedly as we walked up the stairs after the crowd and exited the building—and then it happened!

Leon and I bolted for the curb terrified—and then I realized we were in Northfield, Minnesota, in the middle of the reenactment of the James Gang’s infamous raid.

Look at the ad just inside the cover of the June 2022 issue.
IT LOOKED EXACTLY LIKE THAT TO LEON AND ME!

And I was hooked. What a great experience!

Thank you for your vivid description of The Defeat of Jesse James Days. Guaranteed, this editor has a trip to Northfield, Minnesota, to attend the reenactment on his bucket list!

Per Mark Boardman and David Kennedy’s June 2022 article “The West’s Worst Shootout” on the Goingsnake Massacre, the basis of the dispute was over who had legal jurisdiction. The Cherokee Nation took a stance that was legally correct by the agreement at the time for whom had the jurisdiction for the trial of Zeke Proctor.

The real story here was the U.S. Marshals succumbing to political pressure brought by the family in Fort Smith to void that agreement in this instance because they wanted the head of Zeke Proctor (above). This actually goes to the heart of the recent McGirt decision in the U.S. Supreme Court, essentially rolling that question of jurisdiction back to the pre-1906 status; that is what just happened with McGirt.

That the Cherokee Nation was willing to shoot it out (literally) with the agents of the Federal government over who had jurisdiction over Zeke Proctor made it unique.

Thank you! Your insight into such a complex legal matter brings the topic full-circle to the present, proving once again the importance of studying our past to understand current events and help guide our future.

Praise for the June 2022 Issue

Gentlemen, the new Bat Masterson issue is superb! Marshall Trimble has written a masterpiece in telling the highlights of Masterson’s life.  BBB’s “Battle of the Plaza” and Paul Hutton’s “Get Out of Dodge” cap a trilogy of articles that would make Bob DeArment and Robert M. Wright proud.

Finally, the definitive biography of Bat Masterson. Marshall Trimble has written one of the finest Western histories in recent years! What I love about Marshall Trimble’s history reporting is this: he is a plain dealer. No excuses or suppositions or PC correctness, just the facts. Like winning a poker hand with a single high card. In the pantheon of Western historians, Marshall Trimble is top shelf! Bat Masterson’s life is one of the greatest of all Old West stories, black and white and gray—but at the same time just imagine…from Adobe Walls to Dodge to Tombstone and finally New York City! It’s hard to imagine an old West legend who could compare to the bio of Bat Masterson.

This is the best issue [June 2022] this year—informative and interesting. I especially like the Dodge City focus [“Get Out of Dodge!” by Paul Andrew Hutton] and references to the related movies. The more references to Western feature films the better. How about a future focus on Fort Worth, Santa Fe, Wichita, Dallas and others? Tucson has had its fair share already. Since I’ve not seen every past issue, you may have already done some of this.

Bat Masterson issue! I always read “Truth Be Known,” Bob’s column “To The Point” and shuffle through the mag. Just wanted you to know that I really had a good time throughout the Bat Masterson issue—not only because I’ve often fancied myself as a Bat Masterson type of girl. The article on Masterson tells it all—from Kansas to NYC—he led a big life! The message from Damon Runyan published in the San Francisco Examiner was touching—another big deal. I had to find out who wrote this article and was not surprised that it was Marshall Trimble.

Also, the large font used in “Get Out of Dodge” was a relief from the tiny text I’d been reading. Another great article with great images (the Dodge City Peace Commission for sure and the handshake), movie posters and comics. When I checked who wrote it—of course it was Top Secret Writer Paul Andrew Hutton! I know there’s a paper shortage, etc., but think about using big fonts now and then.