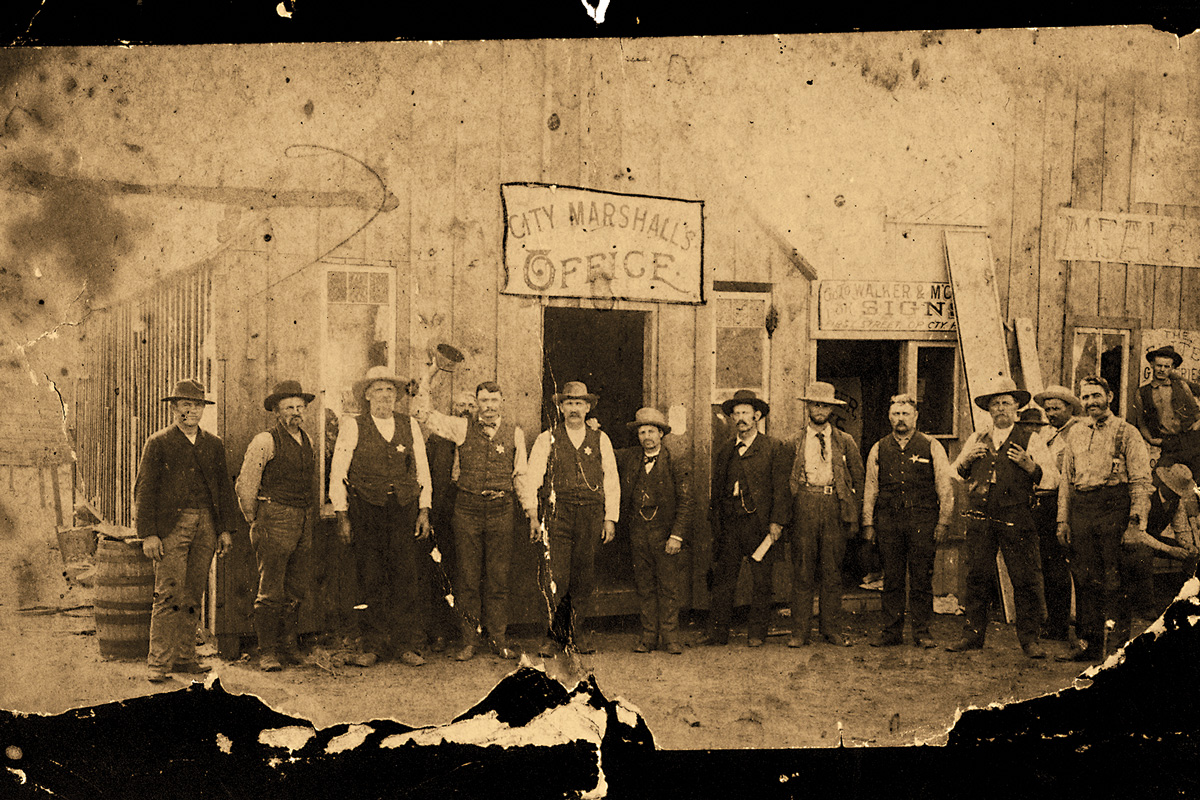 Many deserving Old West lawmen have not received their due in history.

We all know the ones who have questionable aspects to their careers and were no more than “part time” lawmen—Wild Bill Hickok, Dallas Stoudenmire, Ben Thompson and Elfego Baca. They were more gunfighters than professional lawmen. The fame of others, like Bat Masterson, eclipses what they actually accomplished as peace officers. Although controversial, the Earps and Frank Canton wore badges for many years and were mostly on the side of the law. And some are remembered only for the way they died—such as Chauncey Whitney (murdered by Billy Thompson in Ellsworth, Kansas) and Fred White (killed in the streets of Tombstone, Arizona, by Curly Bill Brocius).

Those that I consider most deserving for what they did as lawmen are Heck Thomas, Bill Tilghman and Bud Ledbetter of Oklahoma;  John Slaughter of Arizona;  Pat Garrett of New Mexico;  Harry Morse of California;  John X. Beidler of Montana;  and Bear River Tom Smith of Kansas. Their accomplishments outweigh any negatives in their lives.

Beginning life as Joe Horner—a cowboy, Indian fighter and outlaw—he drifted into Wyoming, where he changed his name and became a range detective. From that time on, he was Frank Canton. He served as a lawman in Wyoming, Oklahoma Territory and Alaska, and eventually spent 10 years as the first adjutant general of the new state of Oklahoma. A lifelong cattleman, Canton was one of the leaders during the “invasion” of Wyoming’s Johnson County. The portrait above mirrors the character of a man with amazing adventures and courage to match.

Thomas J. Smith is better known as Bear River Tom. He received the nickname because of a skirmish he had in the end-of-track railroad town of Bear River, Wyoming. He became the first marshal of Abilene, Kansas, and shortly thereafter was nearly decapitated by an ax while attempting to arrest a murderer. Smith is remembered as a calm, no-nonsense officer who preferred to use his fists rather than his guns. Former President Dwight D. Eisenhower admired Smith, saying, “While he almost never carried a pistol he…subdued the lawless by the force of his personality and his tremendous capability as an athlete. One blow of his fist was apparently enough to knock out the ordinary ‘tough’ cowboy.” The Abilene residents, however, decided a different approach was needed and hired Wild Bill Hickok to take Smith’s place.

Vigilantes were a form of lawmen, although illegitimate. Nowhere were they more active and effective than in Montana Territory during the 1860s. Most prominent among them was John X. Beidler. Years later, Beidler petitioned the territory for $5,000 to compensate him for his work as a vigilante, which “broke your petitioner up in all his business ventures, and caused him to spend all his time, money, and property to protect the lives and property of the settlers and miners.” Beidler had a point, but the politicians turned him down.

Typical in photos of the time, few smiles light up the faces of these lawmen in the new boomtown of Guthrie, Oklahoma Territory. The only person positively identified is Jim Masterson, brother of Bat, waving his hat above his head. Many officers sport badges, but only Masterson seems to have a weapon—a small pistol stuffed in his pants’ waistband. Jim served as a lawman for as much or more time than his more famous brother did.

The photos presented are seldom-seen images of Old West lawmen who deserve to be remembered.

It is interesting to observe how Old West lawmen appear in surviving photographs.  They usually posed in suits rather than buckskins or cowboy attire. And they rarely posed with guns. To my knowledge, there are no known authentic photos of Wyatt Earp (or any of the Earps), Bat Masterson, Ben Thompson or Pat Garrett with firearms. Cowboys, scouts, rangers, buffalo hunters, showmen—all liked to pose “in costume” and with guns. But few photos exist of Old West lawmen with weapons in evidence.

For the first time ever, every issue of True West magazine is now online, including Robert G. McCubbin’s original, unabridged article as it appeared in the June 2005 issue. To learn more about how you can read all of McCubbin’s articles and subscribe to True West Archives, go to TrueWestMagazine.com. Our past awaits you!