A Dickens Christmas on the Frontier 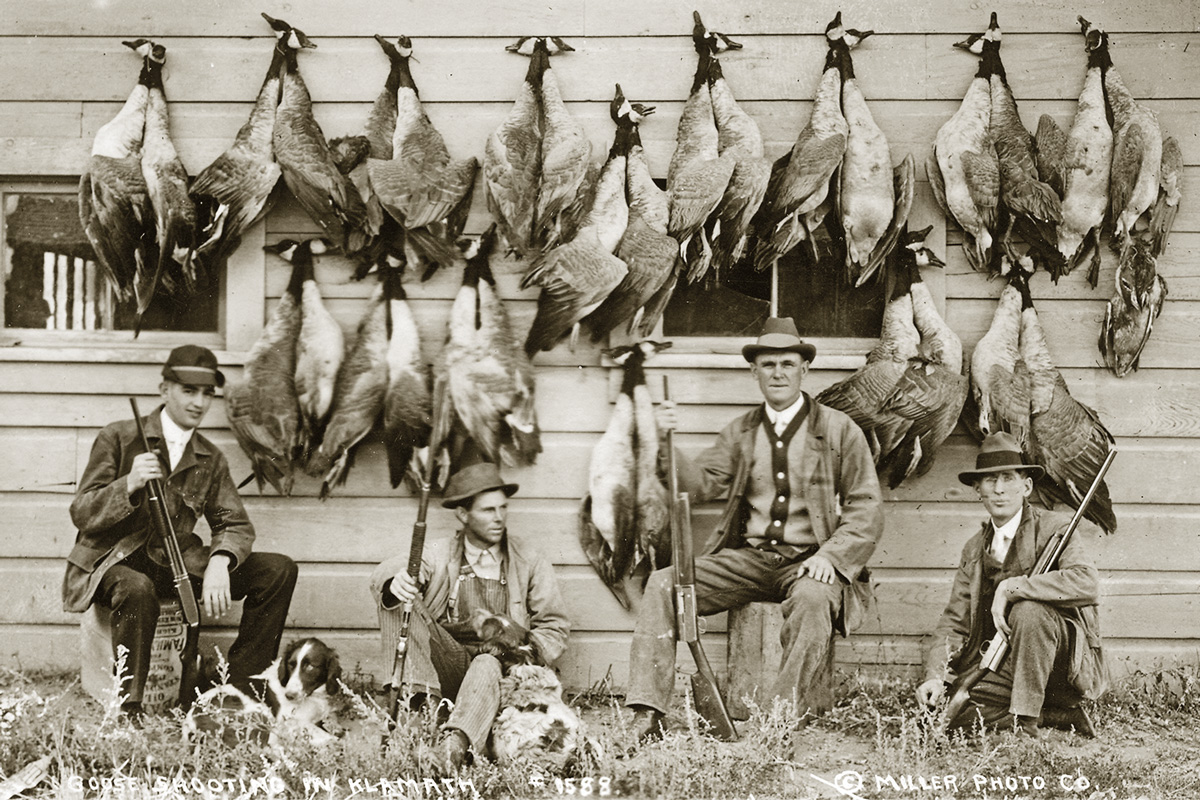 Goose is often thought of as a Dickens tradition but Thanks-giving, Christmas and New Year’s were times for roasting turkeys and geese across the American frontier. Some pioneers hunted their own, some ate theirs at restaurants and others ordered them from the local grocer or butcher. A handful of less-than-reputable pioneers chose to get them by “helping themselves.” Such was the case in Portland, Oregon, in 1871 when a man decided to steal a goose for Christmas. He was caught, but he did enjoy a “free” holiday meal at public expense in the city jail.

Roast goose was served at restaurants like the Keystone in Deadwood, South Dakota; the Hotel Florence in Missoula, Montana, where it was served with jelly sauce; the old English Kitchen in Rapid City, South Dakota; and the Fifth Avenue restaurant, which served it with onion dressing. Smoked goose breasts and legs, as well as the luxurious goose fat, also were popular and offered at local butcher shops. Restaurants and private events also featured smoked goose, like the Central Kansas Medical Society, which featured it with cranberry jelly.

Toward the end of the 19th century, turkey was “in” and goose was “out.” Iowa’s Pottsville Review reported that while the goose was still popular in England, the turkey was winning in America. The paper reported that while only the turkey breast was considered edible in the past, modern techniques of removing the leg tendons now made the drumstick edible. It wrote, “There is no edible bird to compare in economy with the turkey.”

Goose parts, however, remained popular and were sold across the West. William Brueggerhoff was a merchant in Austin, Texas, who offered German delicacies that included smoked goose breast and “goose grease” in 1880. R. Davis & Co. offered goose breast in Tucson, Arizona, and so did the Vienna Sausage Co., which had a store in St. Louis, Missouri. The Ledanyi brothers sold the notable Chicago Vienna Sausages (called frankfurters today), as well as goose fat, goose breasts and legs. And, yes, they are the ones who introduced frankfurters in 1893 at the Chicago World’s Fair. A German man named C. Hermann had a “delicatessen store” in Butte, Montana, where he sold smoked goose breast and goose liver sausages. By the way, delicatessen is a German-based word meaning delicacy.

Frozen goose can be found at local grocers today, but you can cook a goose like the pioneers did by ordering a fresh one. Heritage Valley Poultry in southern Idaho offers whole goose and Schiltz Foods (spelled differently than the beer) in South Dakota offers whole goose, legs, breasts and smoked products. White Oak Pastures was founded in 1866 in Bluffton, Georgia, and offers goose today, too. 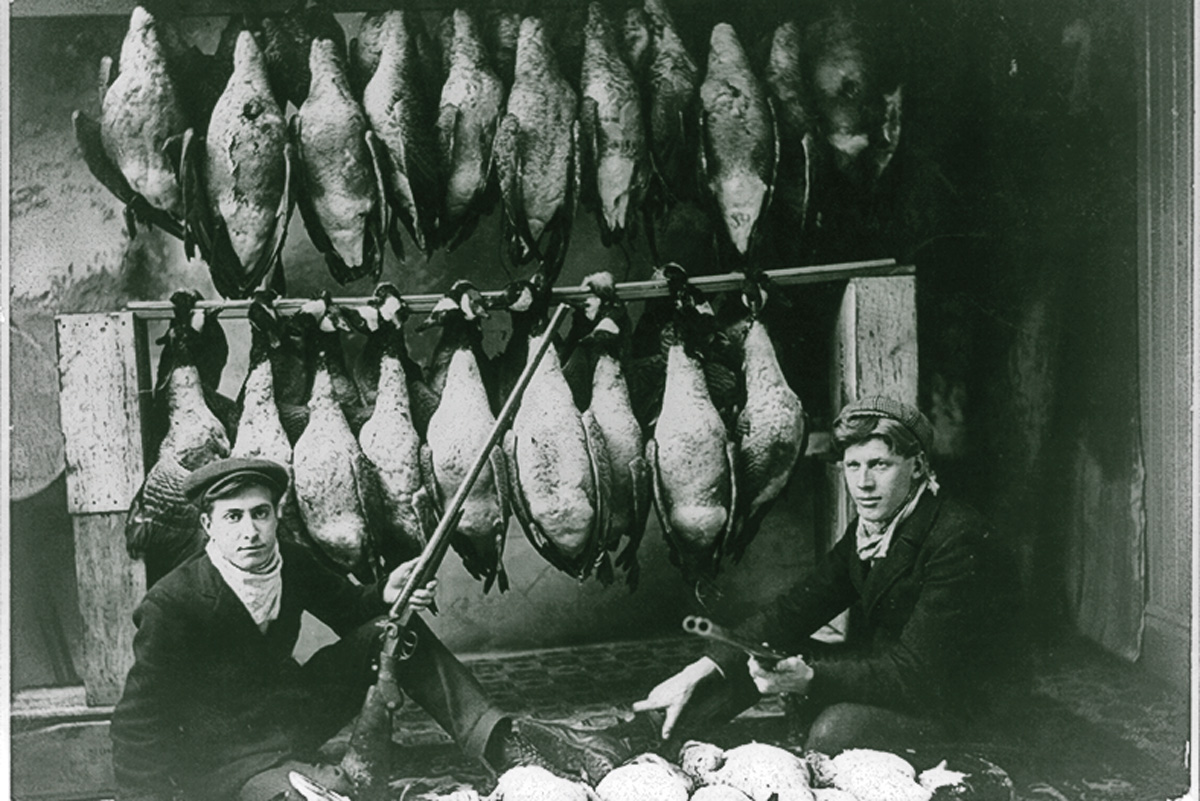 Separate the skin from the meat and prick all over with a fork to release the fat.

Preheat the oven to 400°. Rub the goose with two teaspoons of the salt, freshly ground pepper and sage. Put goose legs on the baking pan with the skin side up, sprinkle the onion around and pour water into the pan. Cook for one hour.