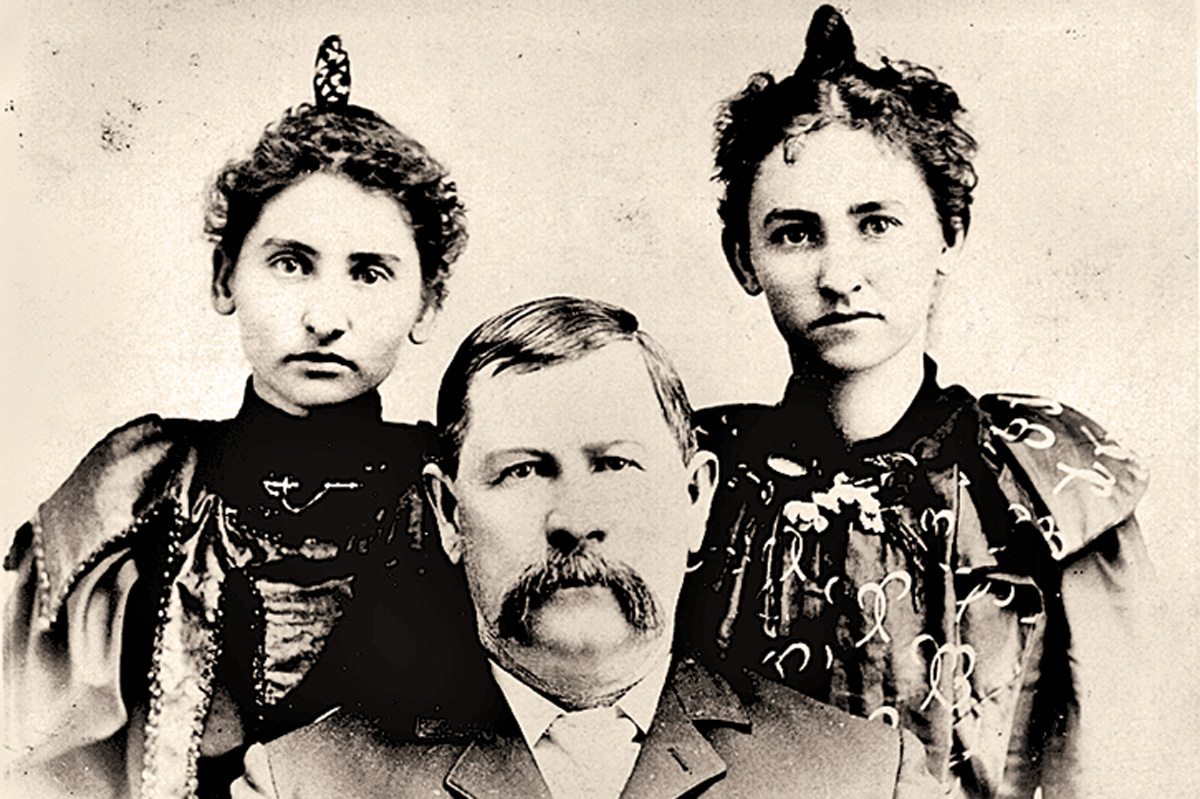 The Complexities of the Extended Earp Family

I read with great interest, and would like to congratulate you on, your October 2020 issue. I especially enjoyed Ron Williams’ fine article , “Virgil Returns,” on Virgil and Allie’s life in Prescott and Kirkland Valley, Arizona, at the end of the 19th and beginning of the 20th centuries. I would like to correct a couple minor errors, though.

In the last paragraph Williams states, “Allie would live another 42 years in San Bernardino (should read “Los Angeles”) with Virgil’s family.” It should read “her own family,” as Hildreth Halliwell, who was Allie’s grandniece, was the granddaughter of her sister Lydia.” This is an error I have also observed in several other publications and would hate to have it perpetuated. I presume it hints that Allie spent her last years living with her good friend—Virgil’s sister Adelia Earp Edwards.

Of note is the fact that Virgil’s brother James also lived with Hildreth (at that time going by her maiden name McAdams, as she had not yet married) during the last year of his life, along with Allie, and until his death on January 25, 1926.

This is important because Hildreth Halliwell, who was born in Virgil and Allie’s home in Prescott on January 23, 1896, and lived there with them until she was six years old, would subsequently sit for a prolonged recorded interview regarding her time with the Earp family (James, “Aunt Allie,” “Uncle Virg,” Wyatt, “Sadie”/Josephine, Adelia…) and some of their associates (John Clum, John Flood).

On September 21, 1971, prior to her own 1973 death, Hildred shared with Earp historians Al Turner and Bill Oster some of her own personal remembrances, as well as stories she was told regarding Doc Holliday and Warren and Morgan Earp. Interestingly, she also gave her own, and Allie’s, expressed opinions, of latter-day controversial author/historians Frank Waters, John Gilchriese (who spent considerable time with Allie) and Glenn Boyer.

Thank you for clarifying some of the complexities of the Earp Clan, their relationships and living arrangements. Most of us would benefit from an Earp family tree and timeline to illuminate the divergent paths of patriarch Nicolas Earp’s infamous progeny.

I wouldn’t want your job which entails glorifying outlaws, murderers and thieves. My integrity means more to me than fame and fortune. The lawless Old West myth was created by journalists, so-called historians, dime-novelists and movie producers.

All Roads Lead to Prescott

Bradley G. Courtney’s article on Virgil Earp, “Birth of a Lawman,” in the October 2020 issue is very interesting.  I would like to offer a little information on how William Henry Harrison McCall got to Prescott.

McCall and Jack Stilwell (below, right) had served together as members of Forsyth’s frontier scouts during the Beecher Island battle, near Wray, Colorado, in September 1868. By 1873, both men were at Fort Sill, Indian Territory, where their friendship and association as scouts and plainsmen grew. In the spring of 1877, McCall, Jack Stilwell, with the addition of Jack’s brother Frank Stilwell, became associated in a teamster business bound for Arizona Territory. Joined by several other men, including Robert Tullos, the journey originated at the Wichita Agency at Anadarko in the Indian Territory. Their Arizona destination was Prescott, the territorial capital, and Fort Whipple, where they were seeking civilian employment.

At Fort Whipple, McCall served as a courier and remained in Arizona. Jack served as a packer and guide, though became dissatisfied and soon went to Fort Davis and Fort Stockton in west Texas. Frank did little more than get into trouble before joining Ham Light’s freighting business and going to Tombstone and Charleston in Pima County, Arizona.

In Prescott, McCall and the Stilwell brothers had a brief connection with Virgil Earp, Sheriff Ed Bowers and U.S. Marshal Wiley Standefer at the time of the killing of Robert Tullos.  One of the Stilwell brothers was called to testify at the subsequent inquest, though the newspapers identified him only as “Mr. Stilwell,” most likely a reference to Jack Stilwell.  Sadly, McCall lived only a short time afterwards, dying June 13, 1883, at the age of 43; he is buried in the Citizen’s Cemetery at Prescott.

—Roy B. Young, co-editor of A Wyatt Earp  Anthology: Long May His Story Be Told Apache, Oklahoma

The more we learn about Arizona Territorial history, the more we discover how many of Arizona’s early pioneers—no matter which side of the law they ended up on—lived and worked in or near Prescott.