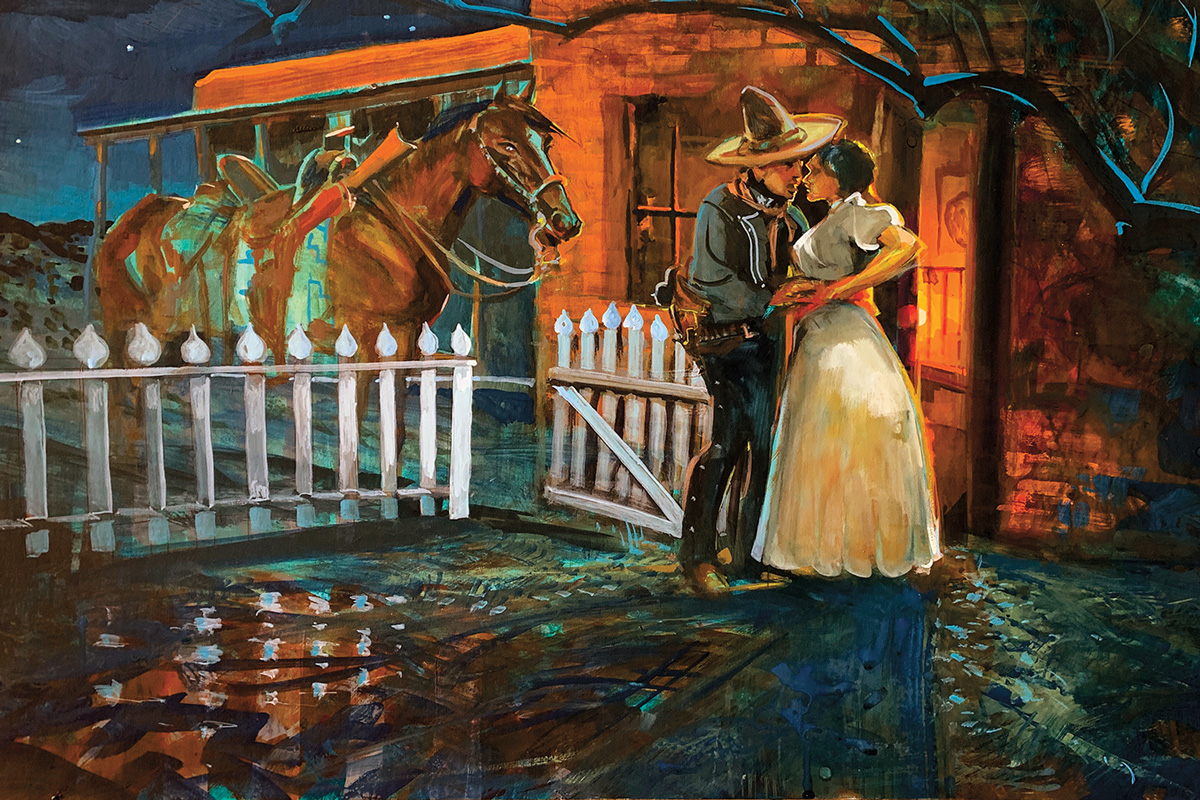 A full moon lights up the Cottonwood trees along the Pecos River as a dark figure jumps over a fence at the end of the peach orchid and slips into the side yard of a long, low adobe. Once inside, he goes straight to her bedroom at the southeast corner. Opening the door just a crack, he sees the love of his life. He has risked everything for her, and she is as beautiful as he has remembered. As he quietly slips inside and starts to undress, he suddenly senses something moving out the window, on the parade ground. He freezes and instinctively ducks down to the floor and inches forward to the front window. As he carefully peers out, he spies two strangers crouched and conversing at the front gate. Staying low, he moves like a cat back across the room and out into the darkened hallway. He quietly slips into the corner bedroom across the hall.

There is no answer, but he senses someone besides Pete is also in the room. One more time he whispers, ¿“Quien es”?

There is a loud explosion, and it’s the last thing he remembers before the darkness takes him.

Essentially, Sheriff Pat Garrett caught Billy the Kid with his pants down in a darkened bedroom. After the shooting, all the principals agreed on one thing: an explanation needed to be fashioned that would get Billy out of the house, but it needed to include him being in his stocking feet. Why they didn’t just lie about this part as well is kind of mystifying, but it was, after all, a Victorian time, and the proper thing to do was to protect Pete’s little sister (she was 15!) from scandal. And so all of the ridiculous and strained details about walking across the parade ground in his stocking feet to get meat, was made up to protect the Maxwell name.