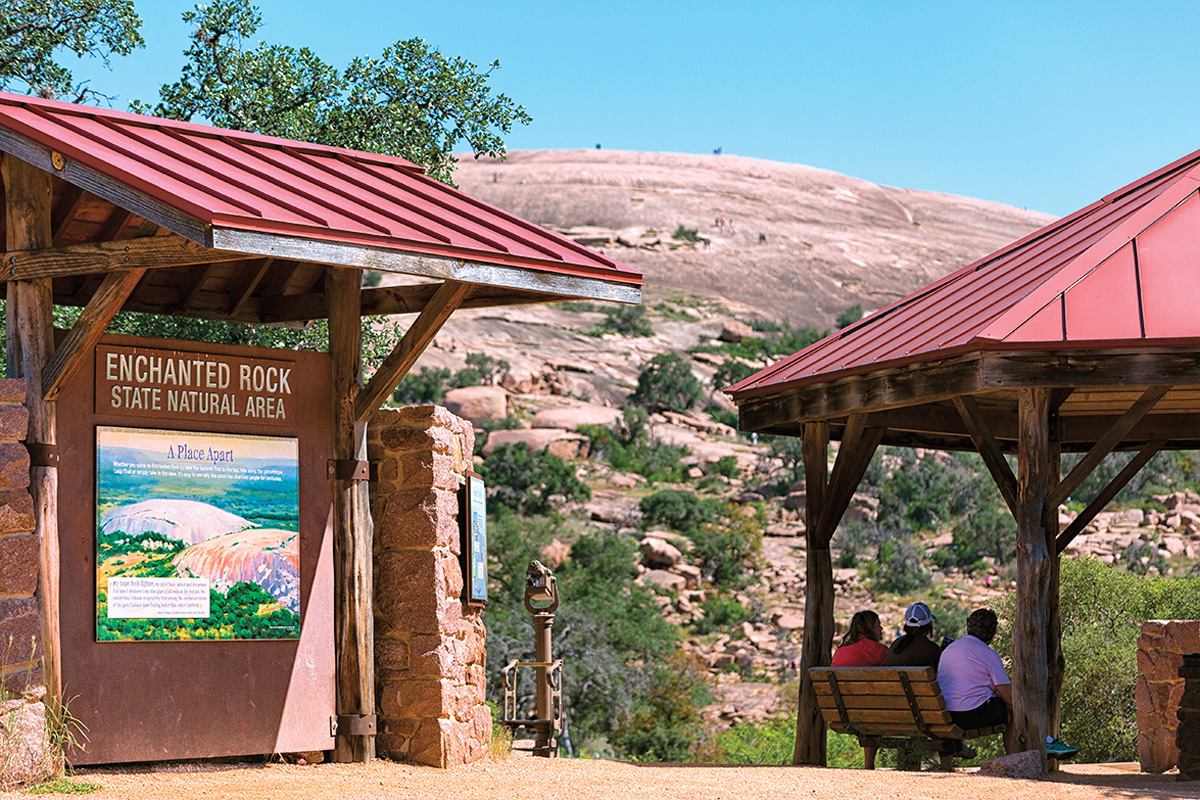 It’s hard to turn your head anywhere in Texas and not find a story about the Texas Rangers. Roughly 20 miles north of Fredericksburg, one of the Hill Country’s most stunning sites is also home of an enduring Ranger legend/myth. In scientific terms, Enchanted Rock is a dome of pink granite that rises about 385 feet above the bed of Sandy Creek. Its name comes from folklore; Indians credited the dome with magical powers. Legend has it that in the 1840s Texas Ranger Capt. John Coffee Hays, cut off from his company by Comanches, singlehandedly held off attackers for three hours, reconfirming the Comanches’ belief in Enchanted Rock’s mystical powers. (Hays credited either his Paterson Colt revolvers or an Edwin Wesson rifle.) Many doubt that the fight actually happened, but this being Texas, keep that to yourself and just enjoy Mother Nature’s scenery at Enchanted Rock State Natural Area.