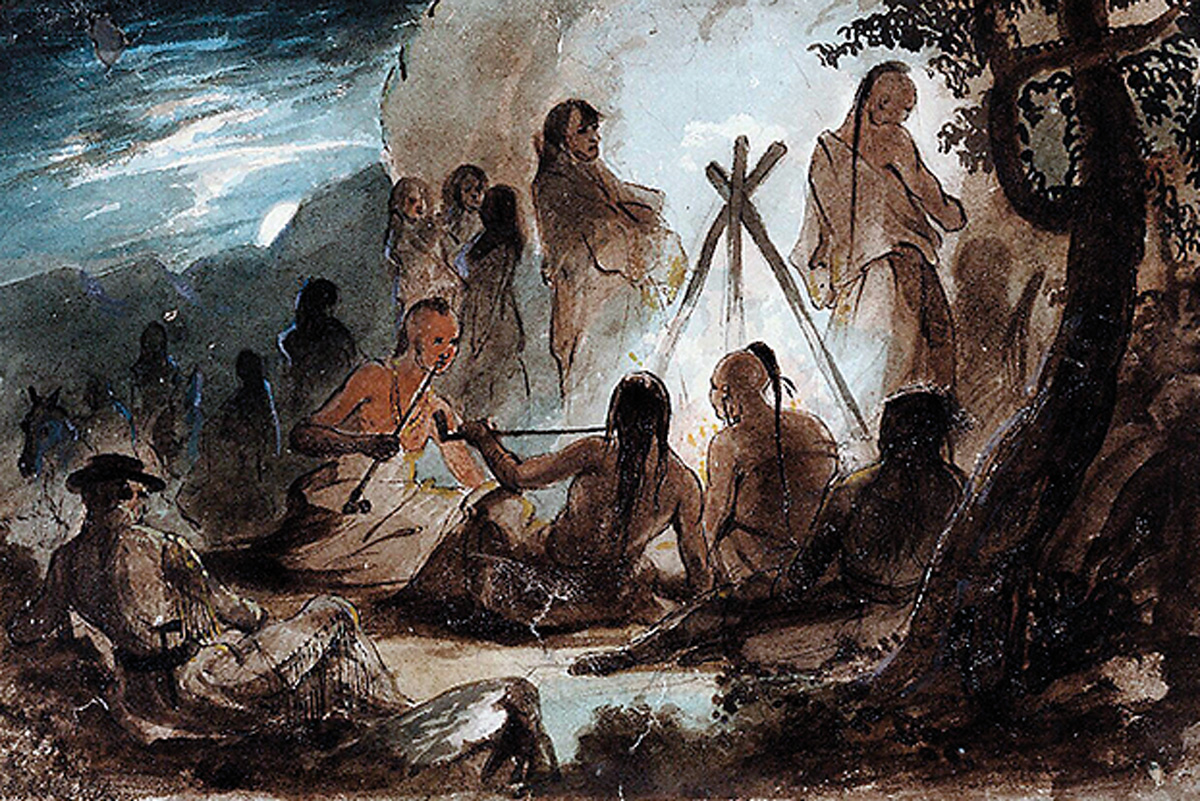 Who was the first sheriff to pursue outlaws in a motorized vehicle?

Carl Hayden, the sheriff of Maricopa County, Arizona Territory. In 1910, Oscar and Ernie Woodson—“The Beardless Boy Bandits”—decided to rob a passenger train between Phoenix and Maricopa. The teenagers got $300 from the passengers and headed for Mexico on two rental horses.

Sheriff Hayden picked up a Dayton-Stoddard touring car in Maricopa and went on the chase. He and three deputies bounced across arroyos and sped through cactus and greasewood and had no trouble following the boys’ tracks.

Meanwhile, exhausted and out of water, the bandits stopped in an arroyo to rest beneath the shade of a palo verde tree.

Suddenly, they saw a cloud of dust and a large touring car. Thinking the occupants were miners, they rushed out waving their arms. They got a big surprise when out jumped the officers with rifles pointed at them.

The boys were shackled and taken back to Phoenix to much fanfare.

Why did the women of the Donner Party fare much better than the men?

According to a 1990s study by archaeologist Donald Grayson of the University of Washington, women are twice as likely as men to survive extreme cold and hunger. The reason: “More body fat, a lower metabolic rate and a temperament that is less prone to aggression make females the hardier sex when it comes to surviving disaster.”

Dr. Stephan A. McCurdy, a medical epidemiologist at the Davis School of Medicine, did a study on the Donner Party. He found the most important risk factors affecting survival were age, gender and family support. Dr. McCurdy noted the influence of gender was striking. Even the women who eventually died survived longer than the men.

What are the origins and meanings of the terms bushwhack and dry-gulch?

These are among the many terms used to describe killing or ambushing somebody without giving them a fair chance.

The term bushwhacker goes back a long way. Bushwhackers during the Civil War and Old West cattle wars were guerilla warriors and assassins who ambushed enemies on the opposite side—often from the cover of bushes. Some bushwhacked and robbed men on both sides. During the cattle wars, outfits sometimes hired gunmen to assassinate a suspected rustler.

Dry-gulch is often synonymous with bushwhack: to ambush somebody from a hidden place, including a gulch or ravine. It’s just another term for killing someone.

How did Indians come across tobacco?

There are multiple species of tobacco, which is in the same botanical family as eggplant, tomatoes, potatoes and chili peppers. Nicotiana rustica and Nicotiana tabacum were domesticated in the Andes of Peru and Ecuador. They migrated north with the help of Indian farmers. Tobacco was not native to Virginia, but it was being grown in North America by indigenous farmers some 4,000 years ago.

John Rolfe is credited with importing the seeds of Nicotiana tabacum to Virginia. Thanks to him, settlers grew a species of tobacco that was less harsh, with less nicotine and competed successfully against the Nicotiana rustica imported to Spain. It was often traded with local Indians.

In the American West, the tribes used a preparation called kinnikinnick, a concoction made of tobacco mixed with herbs, barks and plant matter. With the arrival of French, English and American traders around 1800, they could also barter for the white man’s tobacco. It was said that many of the early Indian attacks on whites were motivated by a desire for coffee and tobacco.

How much of a problem were contagions in the Old West?

They were a big problem. The existence of germs was known but not widely accepted. People (and animals) dwelled in primitive surroundings, with lice, fleas and bedbugs infesting nearly everything. People settled close to streams and were besieged by flies and gnats by day and mosquitoes by night. Families ate by common platter and drank from common tin cups.

There were public towels at saloons and community toothbrushes at stagecoach stations. Doctors probed gunshot wounds with their fingers, trying to find bullets. So the spread of disease was frequent and widespread. Malaria and related fevers were the most prevalent. Diarrhea and dysentery, due to unsanitary conditions, were common problems. More soldiers during the Civil War died of those two afflictions than from gunshot wounds.