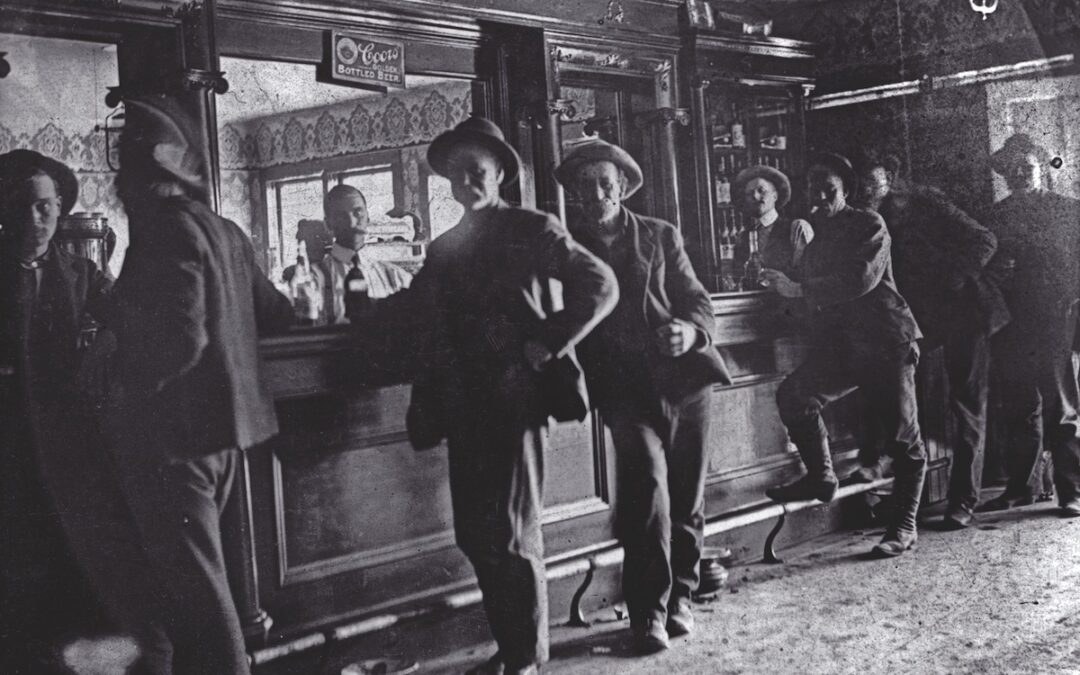 When Adolph Coors decided to start his brewery, he partnered with a fellow German named Jacob Schueler in 1873. Coors ran the brewery while Schueler kept making his confections and baking. He later went on to open a soda water business. Their partnership ended in 1880 when Coors bought out Schueler and became the sole owner of the brewery. Around that time Schueler moved to Manitou to operate his soda and mineral water business.

By mid-1881, the Golden Brewery had made many improvements by adding new machinery, erecting a bottling and packing plant and two ice houses in Golden, while maintaining offices in Denver. Most of their beer was bottled and shipped for sale in Colorado and 10 other Western states. The average output was about a thousand gallons per day, and they produced $40,000 worth of the “amber fluid” in 1881.

Their beer had gained popularity, and in 1887 farmers gathered in Golden to have a market day, and Coors supplied the beer. The newspaper noted, “Another thing, the beer drank was the famous Golden Brewery, which makes beer equal, and by some considered superior, to Budweiser.”

In 1899 Coors introduced a special brew called Salvator Select. According to the Denver Post, it was “brewed according to the process employed in the manufacturing of the Salvator beer of Munich. Identically the same material is used and the product invites comparison with the original. This brand is only sold in bottles and will be found in first-class saloons, hotels, cafes and clubs.” Select Salvator cost $1.20 for two dozen pint bottles.

Drinking too much caused many a pioneer to stumble and get into trouble. Julius Schwabe was one of them. He was a foreman at Coors in 1900 and was inebriated beyond control when he tried to cross a swing bridge near Clear Creek. The Lee footbridge proved too much for him, and he lost his balance and fell in. Seven years later, after attending a nearby German picnic, Coors employee George Didel was feared to be dead after crossing the same bridge.

In addition to beer, Coors made a malt extract, and in 1904 advertised the health benefits of it. In part, the ad read:

“The Malt That Makes You Strong. Of course you know what early summer weather is going to do to you—unless your general condition be wholly right—There’s no other way on earth to make it right—so quickly—as this 100 per cent Malt Extract provides—Digestive Organs, Muscles, Nerves, Brains—all respond to the dynamo of health and strength—that’s enchained in COORS ‘Golden Malt Extract’—made in COORS’ Golden Brewery—a mile and more above sea level.”

In 1916, when Prohibition forced Coors to dump its beer, Adolph started a porcelain factory and also began making Mannah nonalcoholic beer, malted milk and beefed up his malt extract production to survive. The company recommended that people drink Mannah because it was a good “build up” for the sick and very good for those convalescing. It advertised:

“For a cool, refreshing, thirst-quenching beverage for the summer, men will find it studying and pleasant. Coors Mannah is the best of the non-alcoholic beer, and far ahead of the dark colored malt extracts with their large alcohol contents.” They suggested the unfermented extract because it was healthful, invigorating and non-intoxicating… It has all the good qualities of ‘lager’ and only a trace of alcohol.”

The milk, a powder-based product made of malted barley and wheat, was promoted as an alternative to “mother’s milk” and infant supplement. When Prohibition was repealed in 1933, Coors began shipping beer again but continued making the milk until the 1950s.

Coors offered this recipe in 1920 and suggested it be sprinkled on ice cream, breakfast foods or anything else as a sugar substitute.

Combine the milk, powder and flavoring of your choice. The original recipe suggested you put it in a bowl and whip with an eggbeater (non-motorized hand mixer) or lemonade shaker to blend. Feel free to use a blender or other means to blend it together.
Serve cold or warmed over low heat.