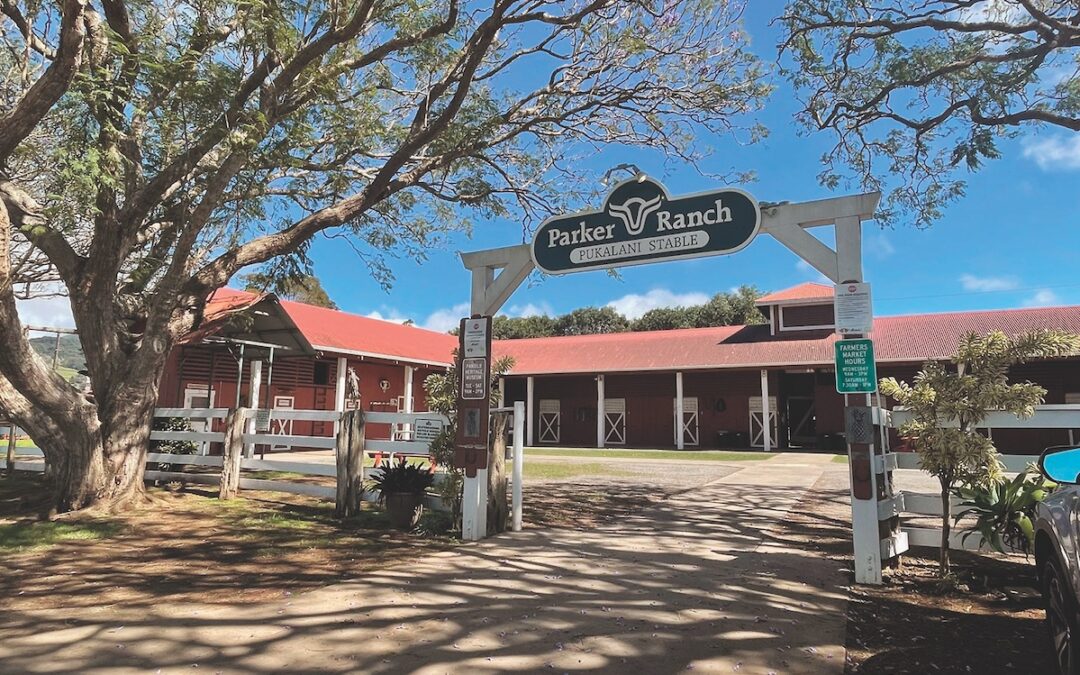 Here’s a Cliffs Notes history of the cowboy: The first were the Spanish vaqueros, the second were the Hawaiian Paniolos, the third were the boys in the Old West.

The most remarkable thing about that sentence is that Hawaiians didn’t even know what a bovine looked like until six cows and a bull were gifted to their King in 1793. And horses? Not until four were gifted by a Western ship captain in 1803.

Yet, their cowboy culture was thriving by the mid-1800s, when the Old West started popularizing the image of a wrangling man.

It grew out of necessity. King Kameha-
meha I prohibited the hunting or killing of cows, so they not only flourished, but became a dangerous nuisance—they rampaged through villages, eating the thatch off the roofs and destroying crops.

By the time his grandson became King, it was time to call in the vaqueros, which Kamehameha III did in 1832, bringing over three Mexican cowboys from California. They first taught the islanders how to break horses to turn them into working animals, then how to round up all those cattle.

The Hawaiian cowboys called themselves Paniolo—a corruption of Español, the Spanish language the vaqueros spoke.

They created a unique culture, with their own gear, their own saddles—made from a fallen Neneleau tree (Hawaiian sumac), carved and covered with rawhide—and songs accompanied by ukulele and guitar.

They learned quickly, and their skills were awesome. In 1908 at the biggest rodeo in the world—Cheyenne’s Frontier Days—three Paniolos came to compete, wearing flower leis on their hats. They were led by Ikua Purdy. In the World Championship finals, Purdy won the steer roping contest in 56 seconds. “Purdy defeats all comers,” the headline read, while the other Paniolos took third and sixth places. A Hawaiian newspaper bragged that the win showed America “that the Hawaiian Islands are something more than a hula platform in the middle of the Pacific.”

More bragging rights came as Hawaiian ranches grew—the oldest and most famous is the Parker Ranch, which started out as two acres in the mid-1800s and grew to the largest ranch under individual ownership in the United States, with 225,000 acres and 50,000 cattle.

Its founder was a Massachusetts sailor named John Palmer Parker, who settled in Hawaii in 1815. He started his small ranch after he married Chiefess Keli`ikipikaneokaolohaka, and greatly expanded it with her 640-acre inheritance. Their descendants kept expanding.

Earlier this year, in honor of the Parker Ranch’s 175th anniversary, their Pukalani Stables in Kamuela were gifted to the Paniolo Preservation Society. The society had been leasing the stables since it was founded in 1998 and developed a museum that welcomes visitors from all over the world, notes director Justina Wood.

Here people can see the whole history and accomplishments of the Paniolos.