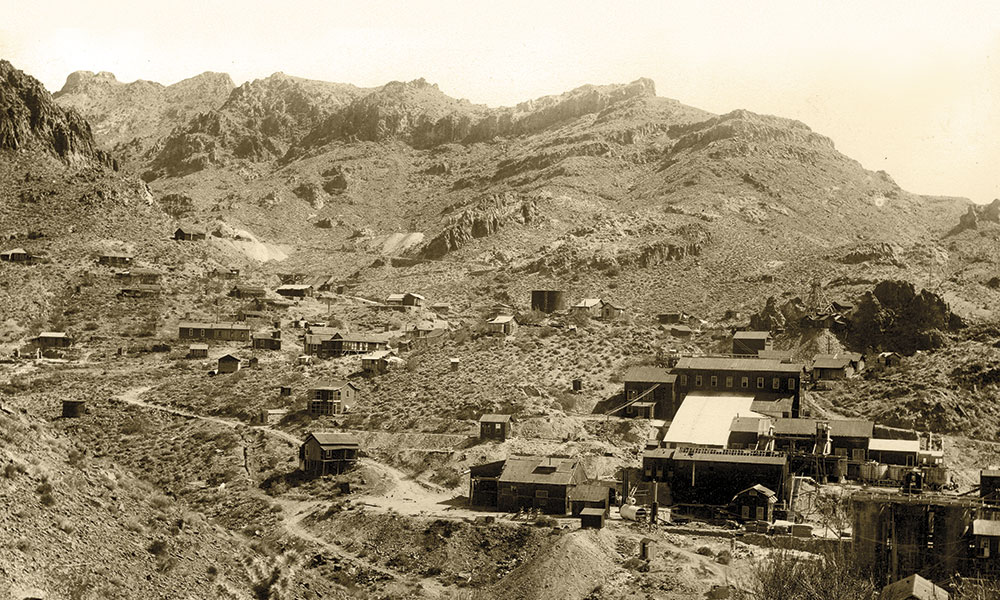 In the 1920s, Oatman, Arizona, was a boomtown, and while the discovery of gold and the prosperity of the mines were always tabloid fodder, a bizarre narrative of a divorce caught the attention of readers around the country.

Covered first as a special in The Arizona Republican on April 30, 1922, the news account carried the juicy headline, “Tribal Atrocities Alleged in Divorce Suit Against Wealthy Mohave Indian Outdoes Fiction.”

John Oatman, a Mohave who claimed to be the grandson of Olive, was being sued for a divorce by his wife. The details of the case were quite peculiar.

John’s wife, Estelle, accused him of having an affair with an albino Yavapai girl and cavorting with moonshiners. To acquire his half of the communal property when the couple split up, John cut their furniture in half, including a prized crayon likeness of John’s mother-in-law.

His allegations against his soon-to-be ex-wife were equally ambiguous. He claimed she fed him prunes with every meal and her father cheated him in a bug fight by poisoning his tarantula.

The press loved the story. In May, the article found its way into newspapers around the country, but, surprisingly, not in the local Mohave County Miner. In June, a follow-up story was also picked up nationwide, but with greater details, including the testimony of the albino Yavapai, Starlight Ocatillo.

Robert Shaw Doman penned the elaborate divorce story. Born in Wisconsin on January 11, 1889, Doman had reported as a former international news correspondent during WWI and served in the American Red Cross before returning stateside around 1920. He somehow ended up in Oatman and became well-known; the Mohave County Miner called him the “most accurately informed man of the town.”

Doman also wrote stories for other newspapers, filed under the title “Hot News from Oatman.” These fanciful accounts told of a mastodon discovered in the Oatman Ice Shelf and a local ordinance that allowed people to howl in the street. But none drew the attention that the Oatman divorce did.

After his brief stint in Oatman, Doman became a publicist, most notably for Twentieth Century-Fox Film Corporation, when the Hollywood studio was founded in 1935. Doman was driving to the studio when he died of a heart attack at the age of 61 on February 9, 1950.

That Doman’s yellow journalism articles included the names of real individuals suggested John was real as well. Yet during the 1950s, journalist Roscoe Willson repeated a summarized version of the story and asked: Was John Oatman real, or was he a figment of Doman’s vivid imagination?