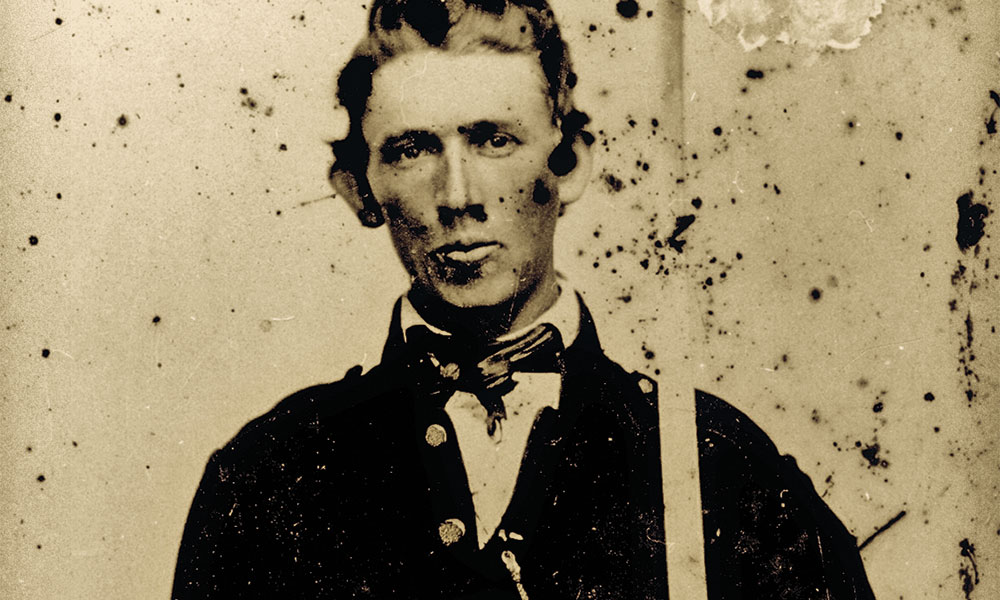 In 1833, the U.S. Army formed its first official mounted regiments, the First and Second Dragoons. These soldiers rode to battle, then dismounted to fight, and their units were the beginning of the United States Cavalry. Until then the only mounted units available to the nation were state and local mounted militia, often equipped with surplus, older-model sabers, as per the 1808 “Act for Arming and Equipping the Whole Body of the Militia of the United States.” The blades, largely from government stores, including 20,000 Nathan Starr sabers contracted between 1812 and 1818 (with final delivery made in 1822), served as American horse soldiers’ primary weapons for decades.

From 1834 through 1839, the government contracted with the N.P. Ames company for 6,100 model 1833 Dragoon sabers, which were based on the Pattern 1822 British Officers’ Light Cavalry Saber. It is interesting that the U.S. Ordnance Board adopted this blade design, despite many complaints by the British army after a decade of use. Soon after the sabers were issued, U.S. horse soldiers reported from the field, noting the same complaints of the shortcomings of the otherwise handsome and graceful blade and scabbard. American soldiers complained that the weapon was altogether too light, and that the blade itself was not suitable for a good thrust. Further, the scabbard was prone to being dented or bent—all legitimate grievances for men whose lives depended on the weapons.

Sometime during its short production life, Ames increased the 1833 Dragoon sabers’ weight from 13½ ounces to 19½ ounces, and, for no apparent reason, while the blade’s 34-inch length was not changed in any way, the scabbard was lengthened from 35 inches to 36 inches.

While not as durable as desired, the 1833 Dragoon saber was expertly finished with a gleaming brass hilt with a knuckle bow and two-branch guard, and a pommel topped with a recessed slotted nut that facilitated replacement of broken blades in the field. The handles on enlisted sabers were wrapped in black leather with seven rows of twisted brass-wire wrapping. Blades were etched “N.P. AMES, CUTLER, SPRINGFIELD,” along with the date of manufacture, ranging from as early as 1834 to as late as 1840. The U.S. sub inspector’s initials were stamped on the blade at the ricasso (just under the guard), and frequently with the addition of the stamp “ORD,” for Ordnance Department, on the saber hilt and scabbard drag.

The blade etchings on enlisted sabers were dry needle-engraved in a back-slanted, open-faced script in two inscriptions: “United States” and the scarcer “United States Dragoons.” Both legends are contained within a laurel leaf border. Officers’ blades are acid-etched, have gilt-finished brass hilts and feature sharkskin and wire-wrapped handles. Scabbards are steel and are made with a flared trumpet- style throat, narrow saber strap ring bands that are split, much like a modern key ring.

Along with those blades produced for the U.S. Dragoons, Ames also manufactured 1833 Dragoon sabers for a number of states that requisitioned them from the Ordnance Department or purchased them. The states include Massachusetts, North Carolina and South Carolina, and it’s believed ’33 pattern sabers were also produced for Georgia and Pennsylvania. Another 280 sabers for enlisted men and 18 officers’ Dragoon sabers were contracted for the Republic of Texas. Eventually, however, the ’33 saber was phased out in favor of a newer, heavier, French-inspired blade known as the Model 1840 Cavalry Saber. Still, the 1833 Dragoon saber ranks as the first true U.S. Cavalry saber and maintains a place of honor among American cavalry arms.