Judge Roy Bean and His Unrequited Love For the “Jersey Lillie” 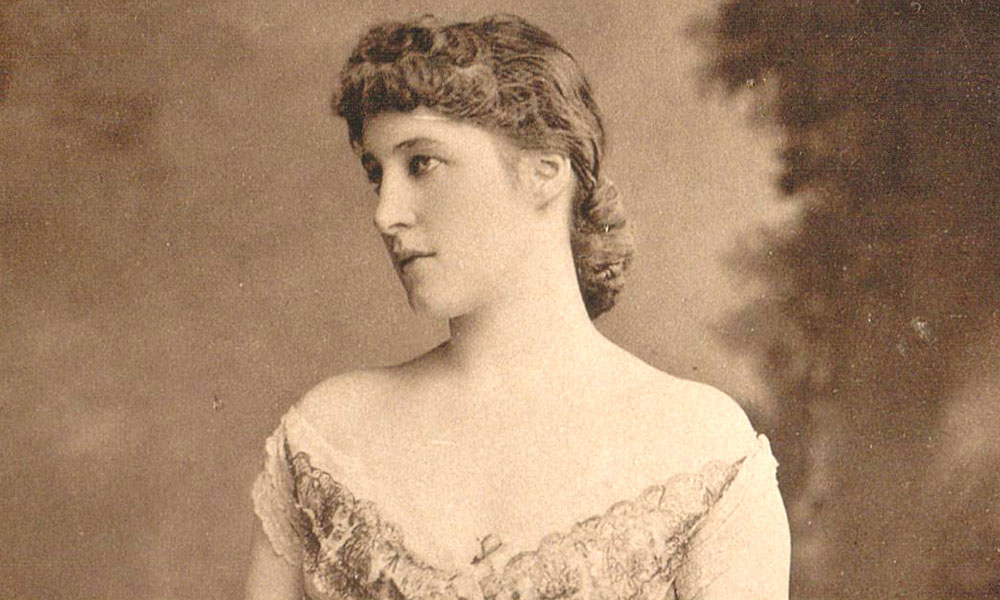 Somewhere along his wild and wooly way Roy Bean had developed a schoolboy crush on the beautiful English actress Lillie Langtry. He went so far as to nickname his saloon, the “Jersey Lillie,” for the British island where she was born. He claimed to have met her but that was only wishful thinking.  He did write letters to her and insisted that she always wrote him back. He also claimed to have named the town of Langtry after Miss Lillie however it was actually named for a railroad official named George Langtry. He did name his saloon that doubled as his courtroom after her colorful sobriquet.

The judge made national headlines in 1896 when he staged an illegal boxing match in the middle of the Rio Grande.  After learning promoters were looking for a place to stage a world heavyweight champion boxing match between Australian, Bob Fitzsimmons and Peter Mahr, the Irish Champion, the judge stepped up and offered to provide a site. Prizefighting had become illegal in most of the U.S. and Mexico but Bean found a sandbar in the middle of the Rio Grande, built a ring and constructed a footbridge out to it.

The bout was dubbed the “Rumble on the Rio Grande,” and on February 21nd, the town of Langtry was packed with some two hundred boxing fans who’d arrived by train from El Paso. After a few rounds of drinks they paraded out to his footbridge and over to the sandbar. Texas Rangers who’d been sent to make sure the bout didn’t take place on American soil watched from a nearby bluff.

The fight only lasted ninety-five seconds before the lanky, 165-pound Fitzsimmons knocked out his 180-pound opponent. Afterwards the fans flocked back to the Jersey Lillie for more drinks before heading back to El Paso.

Despite his hard exterior and reputation as a bamboozler, the judge had a kind heart for the humble, poverty-stricken citizens around Langtry. He’d take some of the money collected from his fines to buy medicine for the sick and the poor. He’d also take some of the confiscated contraband and distribute it among the destitute. The story of the corpse he fined forty dollars for carrying a concealed weapon has “rest of the story.” Afterwards he used the money to buy a casket and pay the undertaker. However, he did keep the pistol.

In 1896, the same year as the boxing bout on the Rio Grande, Bean returned from a trip to find his beloved Jersey Lillie had burned to the ground. He rebuilt a smaller version but never got over losing the original.

Judge Bean’s last years were depressing ones spent lamenting that the good times were gone and would never come again. He died in Langtry on March 16th, 1903 after returning from a heavy drinking binge in Del Rio. Almost a year after his passing, Lillie Langtry was riding the Southern Pacific from New Orleans on her way to San Francisco and was going to make a stop in Langtry.

A ceremony was planned with Billy Dodd acting as master of ceremonies. Folks from miles around were there to greet Miss Langtry and she graciously accepted their hospitality. She was given a tour of the Jersey Lillie, along with the shrine the judge had built in her honor across the street and called the Opera House. She was presented with his six-shooter which she said would have a “place of honor” in her English home. She generously gifted a collection of books for the school and donated money for an addition to the schoolhouse. She enjoyed listening to the stories the old timers told about the famous Roy Bean and in her autobiography many years later she wrote a warm-hearted account of her visit. It was a brief visit but neither she nor the gracious citizens of west Texas ever forgot it.