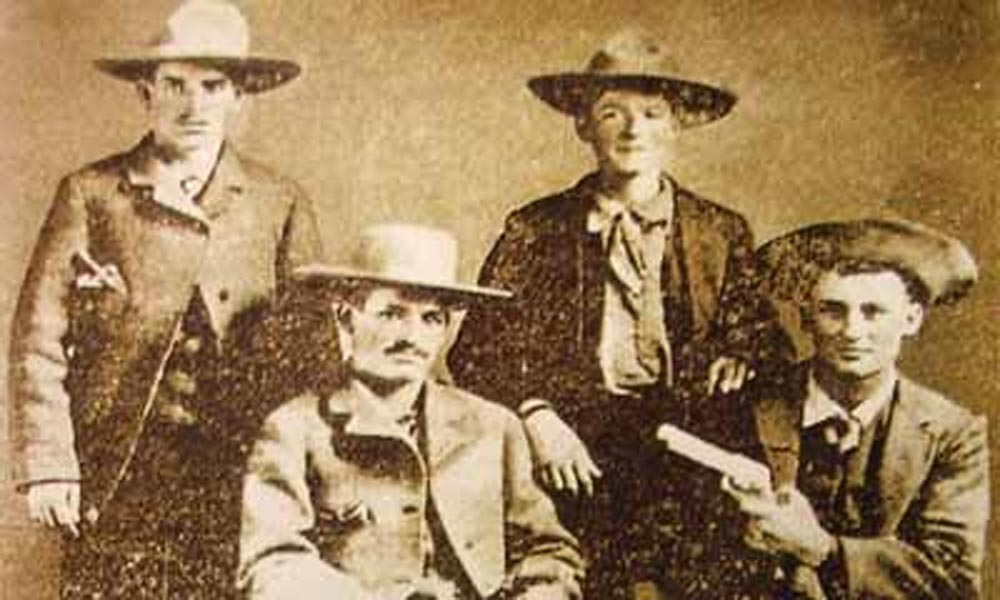 DON’T LET THE PARANOIA GET YA: That’s what should have been etched on the tombstone of Jim Murphy.

Jim was a 200-pounder with a red mustache and chin beard—features only outdone by his watery, small blue eyes that seemed to dart everywhere at one. That was a clue to his inner child.

Jim rode with the Sam Bass gang, robbing trains (although never getting much in any one haul), until the Texas Rangers took his father into custody in 1878 and refused the old man medical attention unless Jim snitched on Bass. Murphy turned informant, altering the Rangers to an upcoming robbery that ended up getting Sam Bass killed (he died on his 27th birthday on July 21, 1878.)

After that, Murphy lived a nightmare, convinced one of Bass’ friends would take out revenge on him. He was especially afraid of fellow bandit Frank Jackson, who had stood up for Murphy and stopped Bass from killing him when Sam got suspicious Murphy might be an informant. So Murphy had good reason to fear Jackson—he not only cost him his friend, but showed him up as a fool.

Murphy spent the next year hiding in a small hotel room, writing lengthy letters to Major John B. Jones of the Rangers, begging him for protection against possible killers. Murphy was so paranoid, he asked to sleep in a small jail at night, locked inside a cell with two six-guns.

Finally, after all this fretting an fussing, Murphy couldn’t take it any more. On June 7, 1879, he swallowed poison and died.

Frank Jackson had long disappeared and was never seen in Texas again.