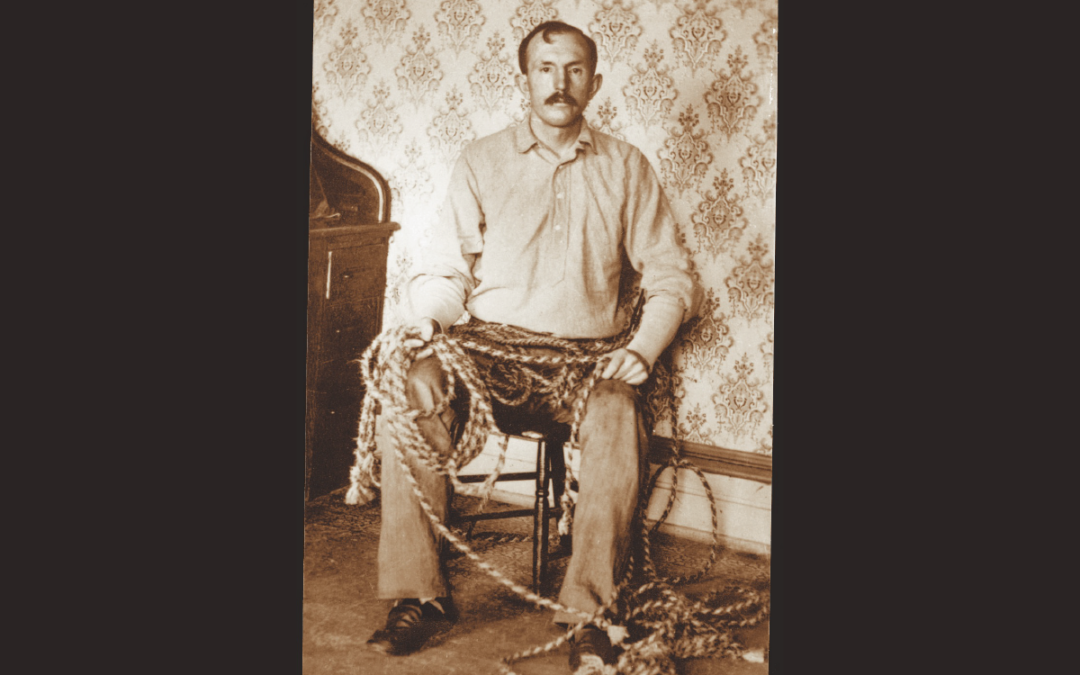 Tom Horn’s role in the Spanish-American War is uncovered.

Tom Horn was—is—a legend of the Old West. His exploits are unique in their variety: Army scout and translator, range detective, Pinkerton agent, cowboy, rodeo champion and hired killer. Many of his accomplishments are clouded by the lies and exaggerations that he himself spread.

His time in the Spanish-American War has been un-clear. Some stories say Horn contracted yellow fever be-
fore he could leave Florida, preventing him from seeing action. Others say he became ill soon after arriving in Cuba; he was quickly evacuated back to the States.

Horn’s own account portrays himself as a hero—and the facts seem to back that up. He signed up as a civilian packer, placing loads of food, ammunition and weapons on the backs of mules and leading them to the battlefront. The packers were often under deadly fire.

Horn was promoted to chief packer of the Fifth Corps just prior to departing for Cuba in late June 1898. That meant he was a paper-pusher. But when the troops and packers arrived at their destination, he was also forced into action. There were too few packers for what was needed, and Horn’s talents were required.

So, for the next couple of weeks, as the American forces advanced against Spanish bulwarks, Horn was in the thick of the fighting. He was there at San Juan Hill, dodging bullets as he led his mules to resupply the troops. The U.S. soldiers took the hill on July 3 and immediately laid siege to Santiago, the last Spanish stronghold.

At one point, Tom Horn provided mules for Rough Rider colonels Theodore Roosevelt and Leonard Wood. They were on foot and needed new mounts.

Around the first of July, Horn caught yellow fever (as did so many Americans). He dropped 40 pounds in a matter of weeks. It didn’t stop him. He still led pack trains, but he also tended to others who were sick. He continued serving through the end of the war on August 13 and for a few weeks afterward.

In early September, Horn and his packers were sent back to the States. He sought help for the yellow fever in various places. He ended up in Wyoming, staying with a rancher friend, where the final chapter of his life was about to be written.

Biographer Larry D. Ball says the truth is that Horn’s service in Cuba was “one of the high points of his life.” His work in leading the packers and packtrains was vital in providing the troops with much needed food and ammunition. In this case, Horn basically told the truth.