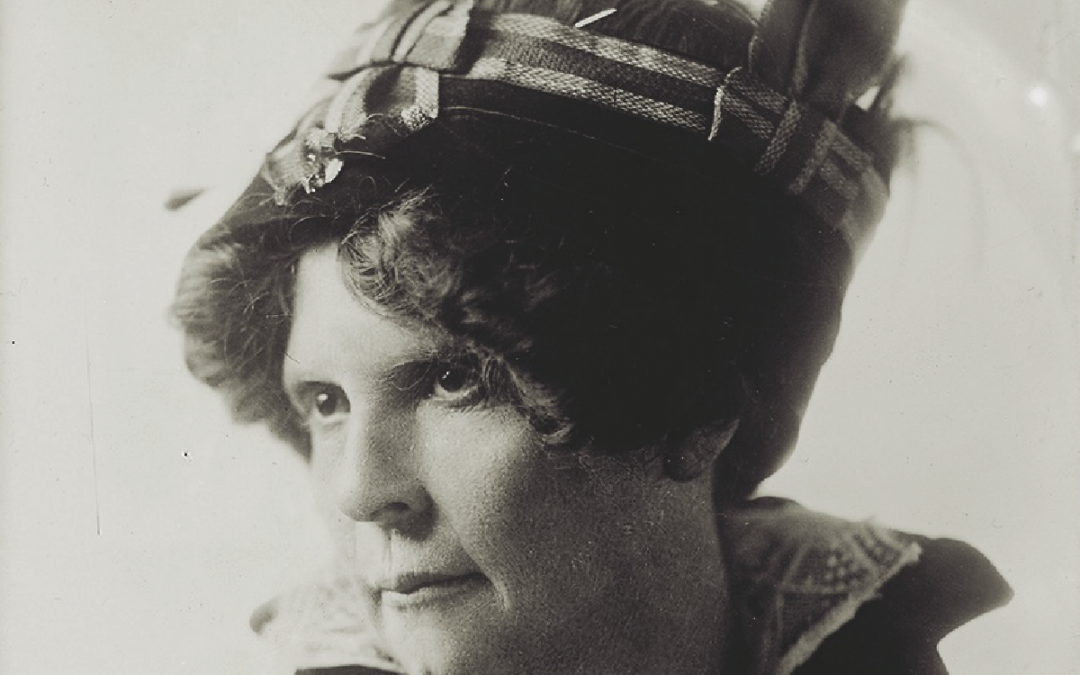 Arizona deserves a new tradition on election day:  After voting, women could take their daughters and granddaughters to the State Capitol Mall to honor the woman who made it all possible. Men could bring their sons and grandsons to remind them how strong a state is that relies on both its men and women.

And they could all say “thank you” to a five-foot dynamo who astonished the nation by how she won the vote for Arizona women.

If Arizona Women’s History Alliance is successful, that tradition can start when a statute of Frances William Munds is placed on the Wesley Bolin Plaza—the first statute of an individual woman in the state’s sculpture garden.

They’re already halfway there, raising some $144,000. And although Covid threw a monkey wrench for a while, the drive is back on track, with the generous offer from an anonymous donor to match the next $70,000 they raise—enough to put them over the top.

“I look on her as a woman who was very strong and capable, who met obstacles that seemed insurmountable and kept going, who said ‘I can do hard things’,” notes Melanie Sturgeon of the Alliance. “She really understood the legislature was never going to give women the vote, so she took matters into her own hands.”

She did that through the initiative that was allowed by Arizona’s brand new constitution when it became a state on February 14, 1912.  For its first election, on November 5, Munds gathered far more than enough signatures to put suffrage directly to the voters. She was betting the farm that male citizens would do what the legislatures had refused six times to do.

And, boy, was she right. Arizona shocked the nation and won a badge of honor forever. Suffrage passed in all 14 counties; 68 percent of the wonderful men of Arizona voted for it—the largest popular vote ever recorded anywhere in the nation. And Arizona joined the other Western states that had already given the vote to women—an astonishment to Eastern suffragettes who were still eight years away from national suffrage.

Then in 1914—the first time Arizona women had a chance to vote—Frances Willard Munds made history again, winning the state senate seat from Yavapai County.  She was only the second woman in the nation to sit on a state senate. She sponsored bills to protect girls from prostitution and raise pension benefits for widows.

If she were here today, she’d probably want to repeat one of her slogans that led to such a victory: “Remember, Arizona women struggled as anxiously as men in building the state.”

Donations for the statue can be made to: AZWomensHistoryAlliance.org.