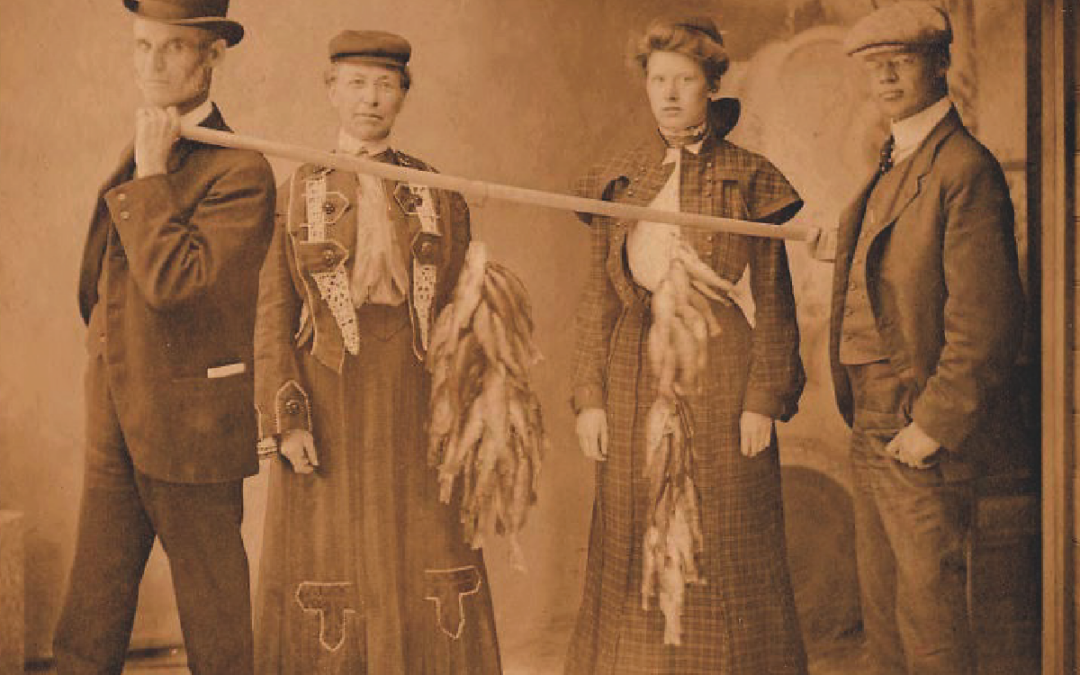 In Minnesota, fresh fish and Hamm’s Beer have been going hand in hand since 1865.

The Saint Paul Globe shared a humorous fish tale about an unknown patron who visited Ryan’s café in May 1887. The small, thin man was an Ashland boom towner, and had a disappointed look on his face as he wandered into the café. He tossed his slouch hat on the floor under his table and sat down to look over the bill of fare. The waiter came over to take his order and he requested fried codfish, white fish, Lake Superior trout, mackerel, dried herring, boiled pike, crappies, a pickerel, shad, lobster, swordfish and halibut. When he was done ordering he tossed down the menu. The waiter then asked, “No potatoes or vegetable on the side?” The customer replied that he only wanted fish and stated, “No, nothing but fish. I want all the fish you’ve got in the shebang. I read the other day that fish was first-class brain food, and if there’s any way of packing brains inside my skull I want to find out. I got mixed up in that Ashland boom and I propose to eat fish three times a day now till I get brains enough inside my head to steer me clear of another such calamity. If you’ve got a large whale, just bring it to me now.”

In May 1884 R. F. Jones was still in the business and advertised that this was the season for fresh fish, and Lake Superior’s trout and white fish were the best.  He also noted, “Salmon is the best, shad, mackerel, halibut, brook trout, bass, walleyes, pike and all our common fish are in the best condition; you can get all the above-named varieties. The season has been very backward and we have been compelled to buy frozen fish; but now new caught fish are plenty and the cheapest article of diet.”

Another popular Minnesota product was and still is Hamm’s Beer. It was created by German immigrant, Theodore Hamm. When he arrived in St. Paul, he had a dream of making a quality beer and he did just that in 1865. In 1906 his company advertised, “The beer you like at once. Hamm’s beer has no peculiarities, no strange flavors. It is just good wholesome beer that comes from the best materials, careful brewing, and thorough aging. Preferred Stock is an extra pale table beer of rare quality. New Brew is the most popular beer sold in the Northwest.”  Of course, fishing and beer go hand in hand, and many a fish tale was told around the lake, at a fish fry or over a hole in the ice.

Bread crumbs and butter to top

Place ½ cup bread crumbs in the bottom of a lightly buttered oven-proof dish. Add the half and half, salt and pepper, butter and fish. Top with some additional bread crumbs and butter and bake at 375° for about 15 minutes or until no longer runny.