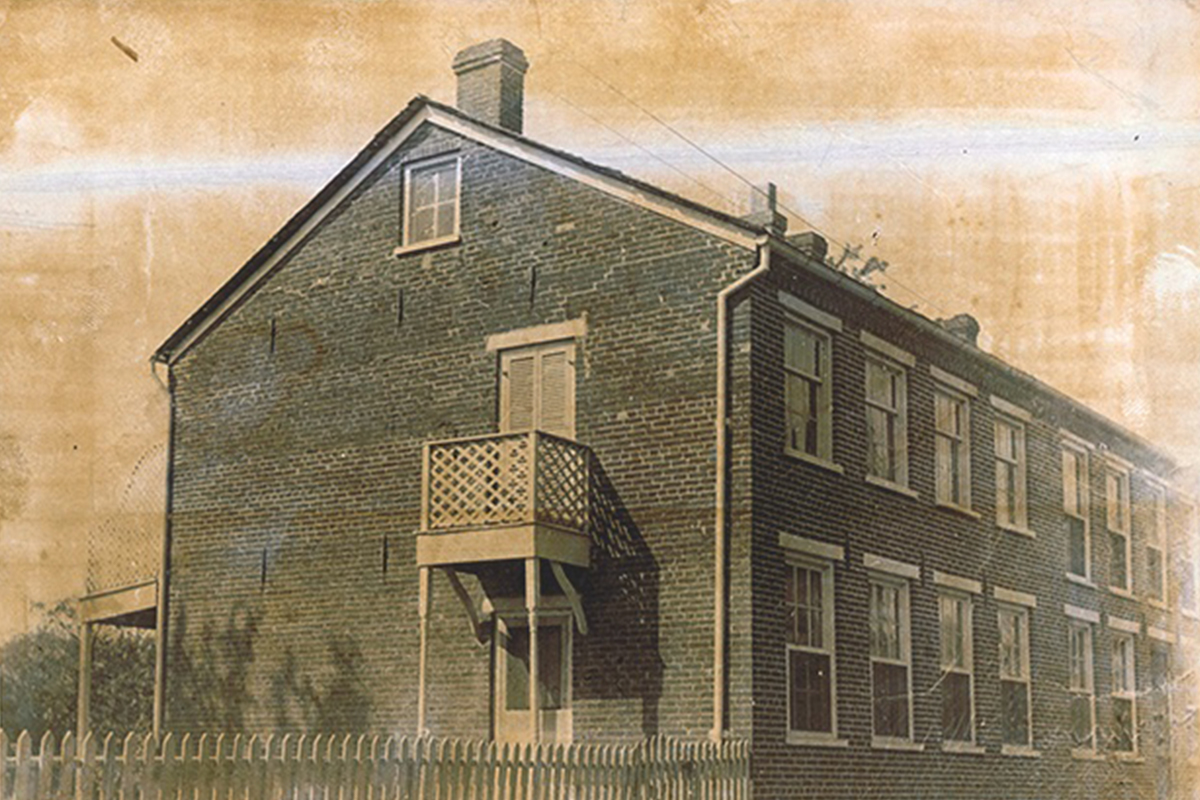 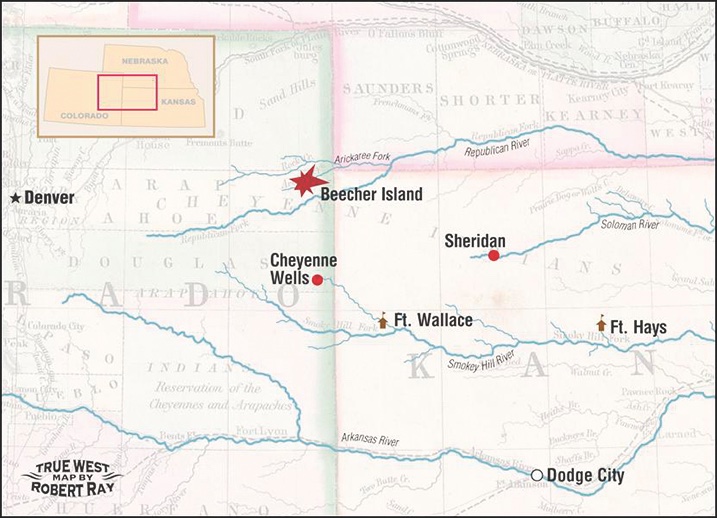 The map accompanying the article on Beecher Island in the June 2021 True West issue has the freighters’ attack at Sheridan at the wrong site. The map shows it north of Fort Wallace along the Saline River, when in fact the town of Sheridan is 15 miles north and east of Fort Wallace, and sits along the Smoky Hill River. The site noted on the map is more likely the August fight on Beaver Creek. It appears to be about where Hill City is, which is way off.

In addition, in the column on Jack Stilwell following the end of the article, it says he was 19. In fact, his birthday was a month earlier, August 24, and he was born in 1850; thus he was barely in his 18th year. Eli Zigler was born in June that year and was also 18, but a couple months older than Jack. Census records correct wrong ages. For example, the headstone, pension file and obituary for Eli Zigler all indicate he was born in 1852, which would mean he would have been 16 in the fight at Beecher Island.

Indeed, I wrote this about Zigler—he was just 16—when I wrote Dog Soldier Justice (2003 ). I had Zigler’s obituary, and his pension file, both giving his birth in June 1852. But now today, with the ease in researching census records unlike 20 years ago, the 1850 census for Eli’s parents and siblings, done in July 1850, names Eli as a male one month old in 1850. That document alone trumps headstones, pension files and obituaries. Sigmund Schlissinger was a young Jewish lad at Beecher Island that many say was the youngest scout, but he was 19. These were the three youngest scouts with Forsyth.

Thank you. We had published the map previously in TW but had not received feedback on it. It takes Western historians with updated information to keep us up-to-date and offer the best information available to our readers. SR

In response to Bob Powers’ letter in TW’s July/August issue “Shooting Back” column on the February/March 2021 cover illustration of Bass Reeves:

I think [Mr. Powers] missed the point of the February/March issue of True West with his “poor taste” response to it.  Bass Reeves was and is being honored and commended by True West as the possible inspiration of the The Lone Ranger mythology, one of the enduring figures of American popular culture.

Putting Reeves on the cover of the magazine in the attire of The Lone Ranger is no insult to a Black man; it is a dramatic way of suggesting that Reeves was more than just an accomplished lawman who rode a silver horse and almost always got his man.

A response to Dr. Paul Andrew Hutton on his November 2018 essay “When the West was True: Our Western Heritage is Under Assault”:

Since I was young, I’ve been interested in history. I used to watch The Real West, and I remember seeing you on the show. I really admired you, I could tell you were so knowledgeable about so much even then. I’ve read a number of your articles, and I’ve been impressed not only by your vast knowledge but your great ability to make history relatable and understandable, seeing the big picture. I recently came across your article “When the Was was True.” It really meant a lot to me to see your viewpoint. With the current political climate, and loud voices that have no love of history wanting to see it all changed, altered, replaced, it’s been hard to see it happening.

Your article made me feel hope, and put a lot into perspective. The legend matters.

Thanks you so much for your very kind remarks. Not only did it make my day—it made my year. I am deep into a new book—The Undiscovered Country—and it has been quite a struggle. Your email has inspired me yet again as I press on with my writing. I am so glad that my piece in True West resonated with you. We certainly live in interesting and disturbing times. I will continue to keep up the good fight to keep our heritage alive.

The Chiricahua Apaches: A Concise History by Bill Cavaliere, reviewed on page 64 of the June 2021 issue, included the wrong publisher. It was published by Eco Publishing.