The “Gunfight in the Vacant Lot—Next to Fly’s—Down the Block From The Rear Entrance to the O.K. Corral.” Nope, won’t work. It wouldn’t fit on a theater marquee. Frankie Lane would never sing the song.

By now it’s a well-known misnomer, but how did it come about? On October 27, 1881 the Nugget wrote: “…at this time Sheriff Behan appeared upon the scene and told Marshal Earp…he would go down to the O.K. Corral, where Ike and Billy Clanton and Frank and Tom McLaury were and disarm them…” Later, in this same report we’re told “…as he [Virgil] and his posse came down Fremont Street towards the corral, the sheriff stepped out…” So it was that one of the earliest reports of the shooting placed the affray at the O.K. Corral.

Following these leads, Stuart Lake headlined his chapter of the shooting—“At the O.K. Corral” (Frontier Marshal, 1931).

From there the title caught on and the rest is semi-history.

WYATT’S HAND-DRAWN MAP OF THE GUNFIGHT

In 1926 Wyatt Earp produced a map of the gunfight site. The problem with the map is that it locates the shoot-out at the rear entrance of the O.K. Corral. That Wyatt would misremember the location of such an important event seems incredible, but it had been 45 years. This document is on display at the Gene Autry Museum in Los Angeles. 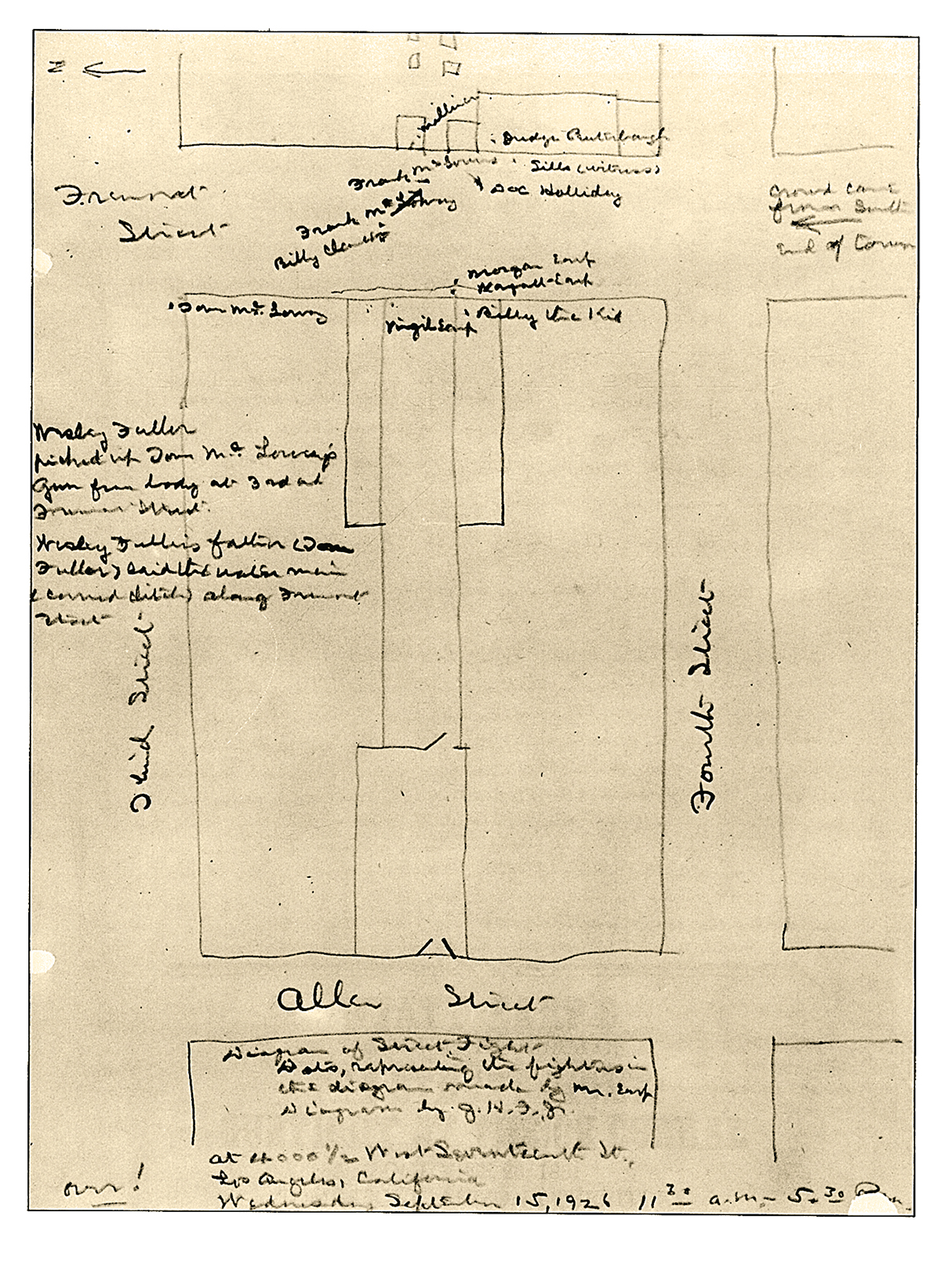 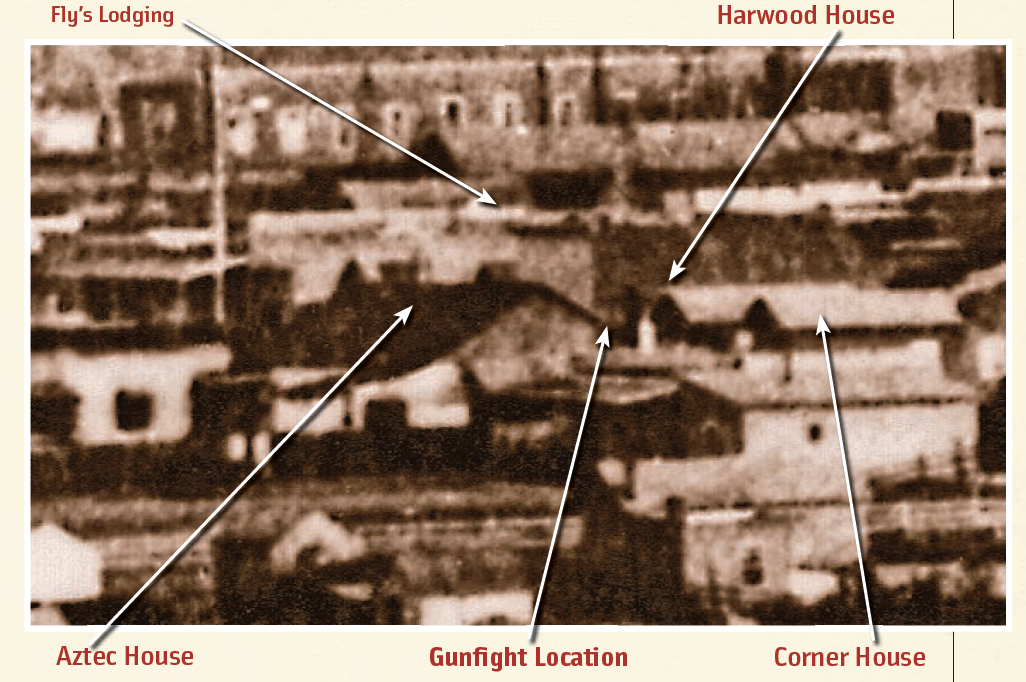 THE EARLIEST KNOWN PHOTO OF THE GUNFIGHT SITE

Looking east from Comstock Hill, the 1881 photo (below) clearly shows the roof of the Aztec House beyond which appears Fly’s Lodging House and Photo Gallery. There, before our eyes, is the most famous vacant lot in frontier history with the two smaller buildings lying to the west.

According to the maps of the period, the lot measured about 18 feet in width at the time of the shooting. Most news reports, however, stated the width as 15 feet.

What’s curious about the blowup of the photo (see above), is that the Harwood house, and the house to the west of it, appear to have twin long roofs. But the Sanborn map of 1882 shows the Harwood house to be small. (In the Sanborn map, the corner house is gone.) This matches the testimony of four of the witnesses at the Spicer Hearing who specifically described it as a “little house.”