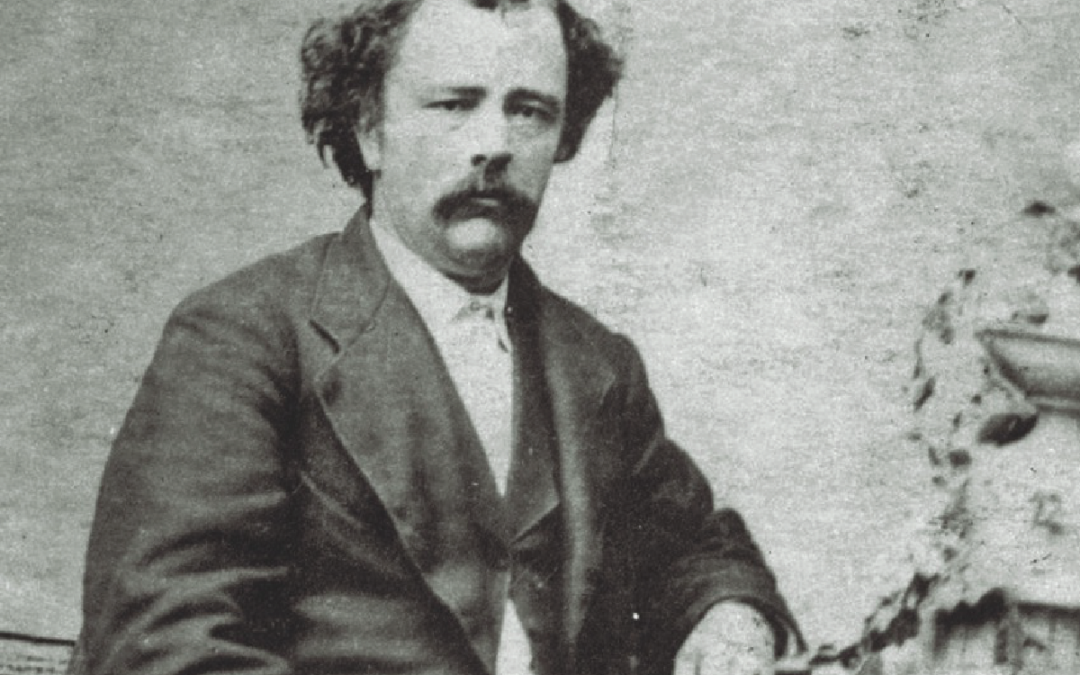 In 1894, C.S. “Buck” Fly decided to take on a new challenge. The famed Tombstone photographer ran for Cochise County sheriff—and won. Just why he sought the office isn’t known. Maybe he craved the excitement. Perhaps it offered him more money than taking pictures did.

But the job wasn’t what he thought.

He got an inkling of that in early 1895, when he led an unsuccessful effort to capture the robbers who stuck up a train outside Willcox. After that, things were quiet for a few months—and then came the events that ended Fly’s law enforcement career.

On August 6, 1895, the High Fives—an outlaw gang led by “Black Jack” Will Christian—hit the bank in Nogales. They actually dropped the money on the way out, but the outfit had pulled a number of successful jobs in Arizona. Lawmen headed after them.

Originally, three posses sought the High Fives; one of them was led by Sheriff Buck Fly. Another was headed by Pima County Sheriff Robert Leatherwood. The two (and later the third) merged on August 11, but not until after Fly and company had arrested and jailed an innocent man.

The outlaws split up, and the Leatherwood-Fly posse followed three of the wanted men. On August 11, the lawmen approached the entrance to Skeleton Canyon, about 30 miles northeast of Douglas, Arizona Territory. The manhunters were careless and rode into an ambush. Posseman Frank Robson was fatally shot; another man was wounded, and two of their horses were killed. The outlaws kept the lawmen pinned down until dark, when they looted Robson’s body of guns and ammunition and then rode off.

Hours later, when they were sure the coast was clear, the posse followed suit.

Over the next six weeks, members of the High Fives were spotted in various locales of New Mexico and Arizona territories (as well as Mexico). C.S. Fly kept raising posses to go after the miscreants, but they never spotted their quarry. By late September, Fly had gone back to Tombstone and re-sumed the daily grind of a local lawman: mostly collecting taxes and maintaining some sort of order.

If Fly had dreams of glory, they were shot down by his inability to arrest Christian and company—and by leading his men into an ambush. It should be noted that by this time, Fly had a significant drinking problem that was well-known in the community. Just what role his alcoholism played in his decision is unclear, but by November 1896, Fly decided not to seek reelection. When he left office the next January, he went back to photography. But perhaps out of embarrassment, he moved the business to Bisbee.