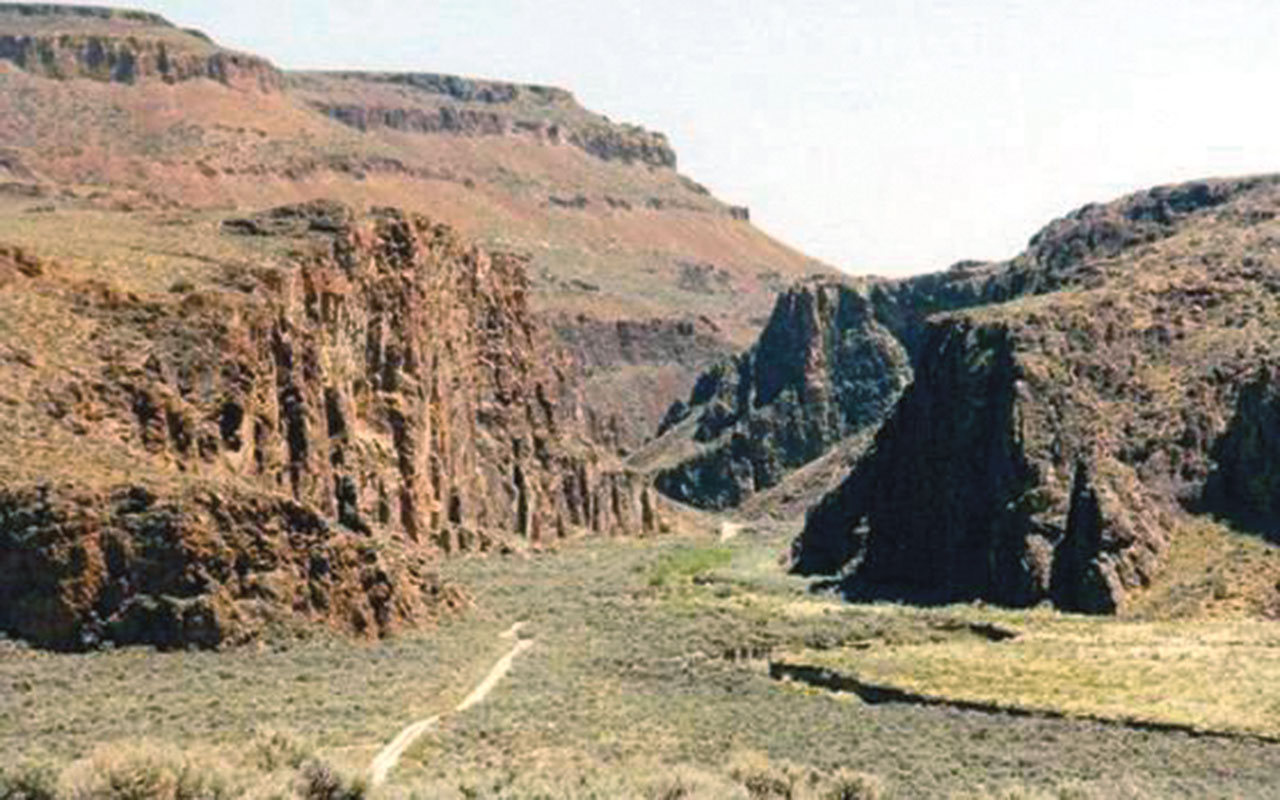 Those are some of the precious things found by members of Trails West as they explore, find, mark and teach about the old pioneer trails that brought 400,000 people through the West in the “great migration” of the mid-1800s.

But the greatest treasure is “walking history”—the yearly trips that retrace the emigrants’ steps.

Bill Bishell well remembers the day some 20 years ago when he and his wife, Leta, ran across a Trails West marker—a tall, welded old railroad track engraved with a quote from a diary over 150 years old. “It piqued our interest, and when we got home, we wrote to a P.O. Box in Reno,” he remembers. These days Bishell is on the board of Trails West and was one of the members featured in a television show about their work, Saving History: Hunting the Old Pioneer Trails, which is available on YouTube.

“We’re a group of old farts who are interested in history,” he says, while the documentary calls them “history buffs turned detectives.”

Founded in 1970, the group feared the well-worn trails so crucial to the settlement of the West were being lost as the land filled up with farms, ranches, shopping centers, casinos and highways. The idea of marking the trails and inscribing each with an appropriate memory from an original pioneer so took hold that they’ve planted about 700 markers through Wyoming, Nevada, Idaho, Oregon and California. They also publish interpretive guides for anyone who wants to explore on their own.

“It takes thousands and thousands of hours to find the right diary quotes for the markers,” Bishell notes. But the stories those diaries tell are so heartwarming—and sometimes so frightening—that the respect for that perseverance just keeps growing.

“We’re in an air-conditioned vehicle with an ice chest of drinks, and we’re reading diary quotes about someone who died of thirst around here,” Bishell says. “Imagine what they really went through, how tough it was, how miserable they had to be. We try and put ourselves in their place.”

Imagine walking 30 miles in one day, then doing it every day for months. Imagine burying a new mother next to the trail, while the women on the wagon train take her baby as their own. Imagine leaving behind a family heirloom because the wagon is too heavy, and the mules are too tired. Imagine no water, no food and nothing else to do but keep going forward.

Trails West welcomes newcomers on their yearly trips and can be reached at their website: EmigrantTrailsWest.org.