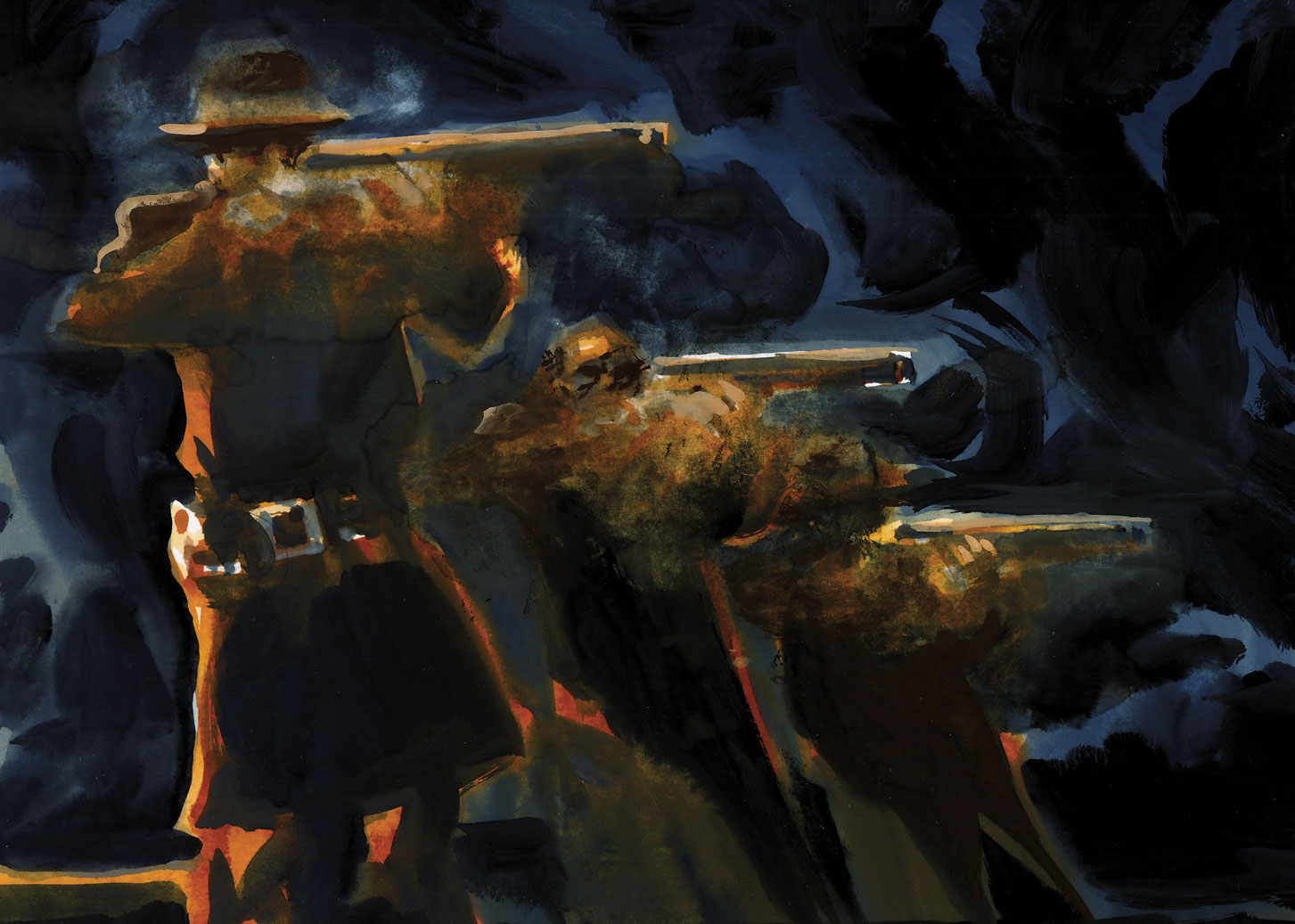 Three days past Christmas, in the chilly night air, Virgil Earp steps from the Oriental Saloon, hobbling slightly from a calf wound he received during the Fremont Street fight.

As midnight approaches, Virgil crosses Fifth toward the Golden Eagle Brewery. When his silhouette lights up the saloon windows, multiple shotguns roar from across the street. The spraying buckshot splinters the windows, awning post and east wall of the saloon. One load hits Virgil above the left hip, and another shatters his left arm above the elbow.

Incredible as it may seem, Virgil keeps his feet and staggers back across the street to the Oriental. He reaches his brother Wyatt, who was investigating the explosions he had heard. Virgil collapses in his brother’s arms.

Wyatt and others help Virgil to his room at the Cosmopolitan Hotel.

Were the Shooters Upstairs or on the Roof?

A persistent Tombstone tale renders Virgil’s shooters as firing from a rooftop on the southeast corner (some versions add even more shooters on another roof). Most historians, however, believe the shooters were on the ground floor.

The confusion stems from a report that “five shots were fired in rapid succession by unknown men, who were standing in the old Palace saloon that is being rebuilt next door above Tasker & Pridham’s store, on the southwest corner of the same street.”

This paragraph from the Epitaph gives the false impression that the shooters were “above” Tasker & Pridham’s store, but in fact, the Palace Saloon is east of the store, or in the vernacular of the times, “above.”

Also, stray buckshot sprayed the upper walls and awning posts of the Golden Eagle Brewery, an impossible feat for anyone shooting down from a rooftop.

The newspaper even got the wrong corner (southwest, when it should be southeast), or perhaps its mangled syntax refers to something else. 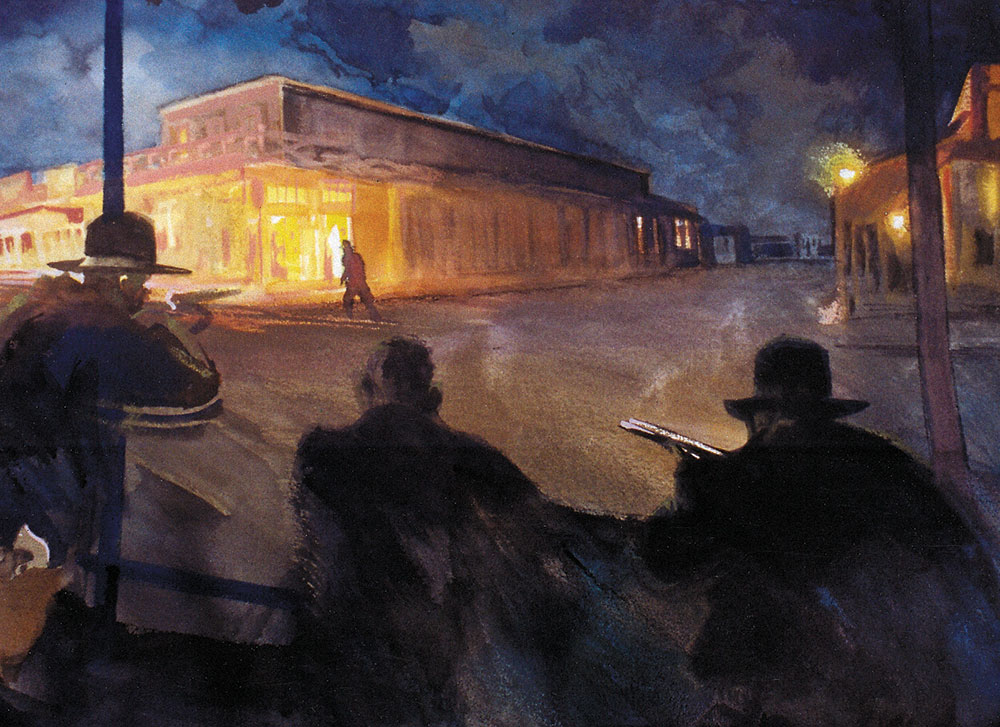 Wyatt recalled to Stuart Lake in 1928 how confused Tombstonians became at the incredible physical likeness between the three brothers—Wyatt, Virgil and Morgan. When the first council of Tombstone wished to appoint Virgil Earp as town marshal, the appointed messenger walked up and handed the badge to Wyatt. On another occasion, E.B. Gage gave a saddle horse to Morgan in the belief that he was transferring ownership to Wyatt, who had sought to purchase the animal earlier.

Finally, the sporting crowd placed bets and to settle the argument, the three Earps were weighed and measured. According to Wyatt, “Boots off, there wasn’t three pounds difference in our weights, and not one of us scaled above a hundred and fifty-eight. Virg was the heaviest, Morg a shade heavier than I. When you add that each of us had wavy, light-brown hair, blue eyes, and a mustache of the sweeping variety then in Western fashion, you may understand why our comings and goings often were reported inaccurately and why certain persons in Arizona ascribed supernatural qualities to the Earps.” 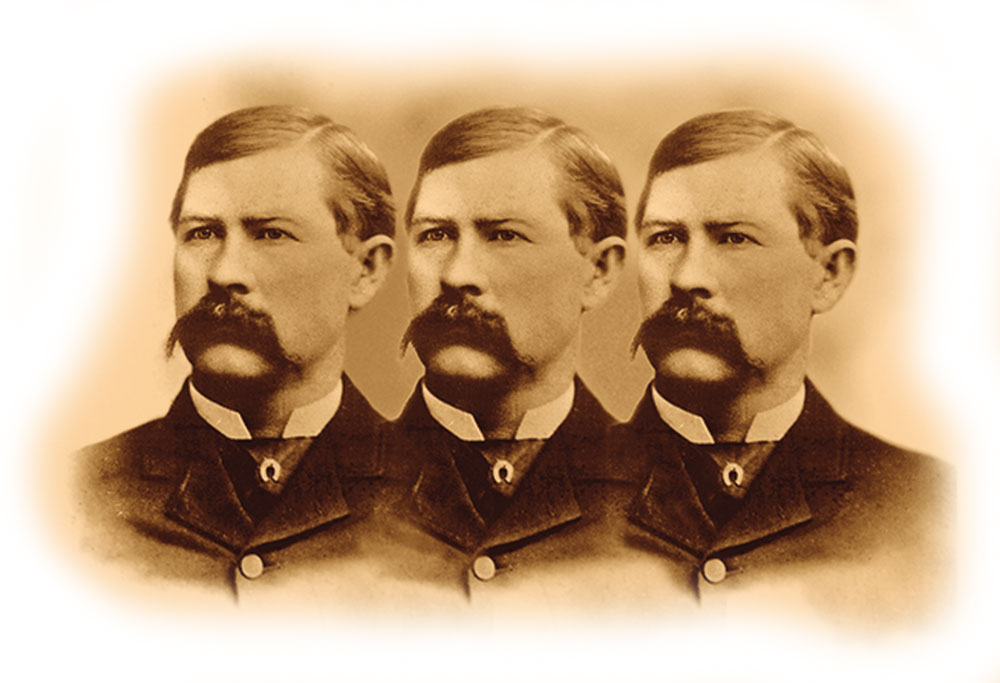 Suspicion immediately pointed to Will McLaury as one of the shooters (see Parsons’ diary entry, previous page). But Will, the attorney and brother of Frank and Tom (both killed in the October street fight), had left Tombstone two days earlier to return to Fort Worth, Texas, his home.

However, rumors have circulated ever since that Will had offered a reward for the Earps’ dead bodies (some say $500 per Earp). In the 1900s, Will wrote a letter to his father in which he inferred that the only good that ever came out of all the money he spent after his brothers were killed was Virgil’s attempted assassination and Morgan’s murder.

Wyatt Earp later claimed that Virgil saw Frank Stilwell “go into the vacant building just as he was coming out of the Oriental.” However, this report came after the Tucson train station killing of Stilwell (Wyatt will kill him on March 20, 1882), and a case could be made that the Earps were stacking evidence against Stilwell to justify his killing.

At least three shotguns sprayed pellets at Virgil, hitting the post, walls and windows of the Golden Eagle Brewery (see circle of fire, above). Yet to be determined is who joined Ike Clanton on the midnight mission. Popular conjecture points toward Johnny Ringo, Frank Stilwell, Curly Bill Brocius and Hank Swilling. Take your pick. 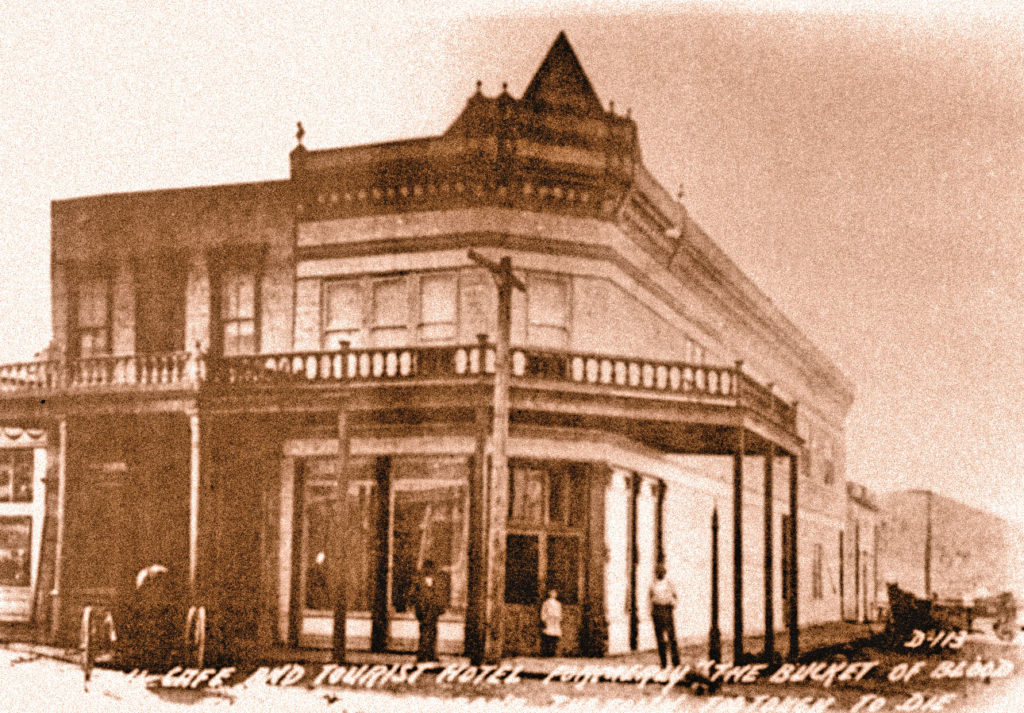 The Arrest That Cost Virgil His Job

On October 26, 1881, Virgil Earp made a decision to deputize a drunk dentist to help make an arrest. Although it is perhaps the most famous gunfight in the history of the frontier West, it cost Virgil his job as City Marshal. 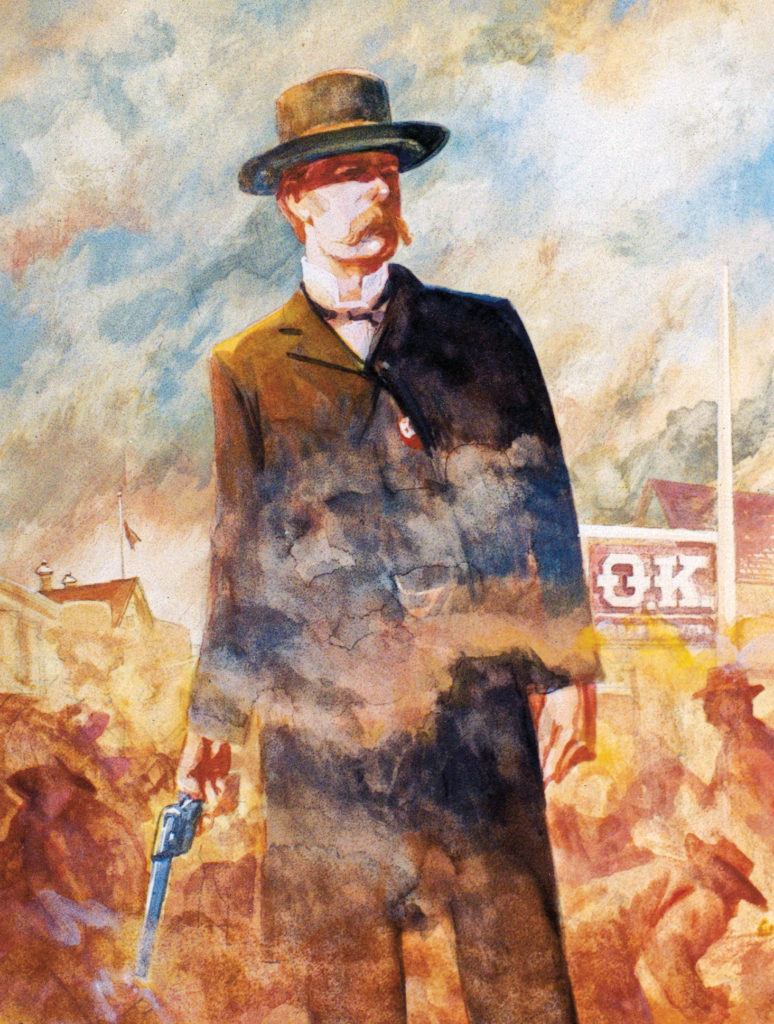 Bucking all the odds, Virgil Earp survived his terrible wounds.