Duels, Dice And The Sporting Life 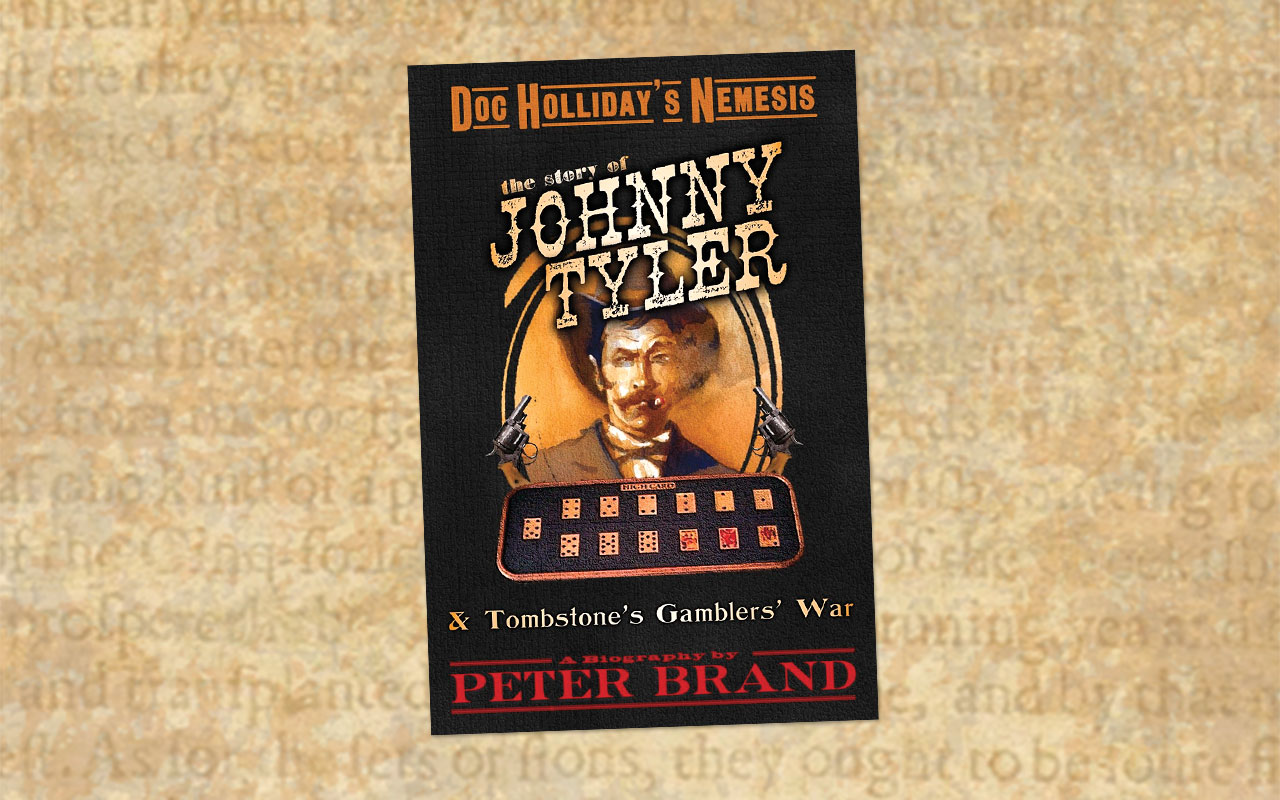 Western history bookshelves are filled with biographies of the well-known and famous, and that is especially true for men and women such as the Earps and Calamity Jane (see reviews below), so it is especially satisfying to receive new biographies of lesser-known historical figures such as Chuck Parson’s bio of Texas Ranger Lee Hall (see Jim Wilson’s review, below) and Peter Brand’s latest, Doc Holliday’s Nemesis: The Story of Johnny Tyler & Tombstone’s Gamblers’ War (TombstoneVendetta.com, $30).

Brand, a well-respected Old West historian from Australia, specializes in researching and writing biographies of men whose lives intersected with the infamous characters of the Earp-Cowboy conflicts in Tombstone and Cochise County in Arizona Territory. His excellent biography of gambler Johnny Tyler showcases his adroit and detailed research skills and should be of immediate great interest to students and scholars of the late-19th-century Western boomtown era of vice, gambling and saloons.

Tyler, a confirmed member of the sporting life fraternity, was well-known in the gambling communities he frequented during his alcoholic, violent and unfulfilled life, and Brand brilliantly chronicles the gambler’s misguided life from his childhood to his burial in an unmarked grave. “Johnny Tyler left no memoirs, diaries nor personal recollections,” writes Brand, “so his life has been traced through the use of contemporary newspapers and historical documents. Tyler emerges as an aggressive gambler, a dangerous enemy, and a man seemingly seduced by life on the edge, who ultimately was not able to control his addictions.”

The Story of Johnny Tyler is an excellent addition to Brand’s growing, self-published biographical series of lesser-known characters of the Tombstone-era, including Wyatt Earp’s Vendetta Posse Rider: The Story of Texas Jack Vermillion, J.W. Hawkins: Private Detective and Perry Mallon: The Man Who Arrested Doc Holliday. In addition, Brand’s biography is an excellent primer in the fraternal nature of the gamblers’ wars and feuds of the post-Civil War West, including the violent conflicts that embroiled Tyler and Holliday in Tombstone and Leadville and the significance of vice as an important economic force in the day-to-day lives of Western boomtowns. A bonus to all readers is Brand’s preface on the game of faro, a game of chance that Brand notes was both “the most popular card game in 19th-century America” and Tyler’s “addiction and the cause of much of the trouble in his life.”

Brand, who has been a dedicated and well-respected member of the Wild West History Association for many years, credits his friendship with fellow Earp-Holliday historian, the late Roger Jay, with sparking his interest in Johnny Tyler, and his ultimate “determination to write his [Tyler’s] life story.” I highly recommend Brand’s poignant and well-told biography of Johnny Tyler. As Brand himself says, “[Tyler’s] story highlights the nature of frontier gambling and the sudden violence that often scattered the cards and stained the green cloth with blood.”

Graham-Tewksbury Feud historian Daniel Herman’s most recent work, The Feudist: A Novel of the Pleasant Valley War (TCU Press, $22.95), is a historical novel that tells the story of a fictional character, Ben Holcomb, who ventures into Pleasant Valley and gets drawn into the feud. Through several twists of fate he finds himself connected to all the parties involved including the Grahams, Tewksburys, the vigilantes, lawmen and even the Mormons. The author cleverly mixes several real people, including the Blevins, Grahams and Tewksburys, with fictional names for real people that the discerning reader can easily recognize. Herman has crafted a wonderfully written story of the many elements, characters and participants of the West’s most famous and deadly feud. His insightful storytelling and expertise on the real story of the Pleasant Valley War are evident.

A Ranger of Many Hats

Texas Ranger Lee Hall (University of North Texas Press, $29.95) by Chuck Parsons is a well-documented biography of Jesse Lee Hall. While Hall was a well-known Texas Ranger, he was also a deputy sheriff, deputy United States Marshal, Indian agent and captain in the U.S. Army. His was an exciting life from his days taming the Nueces Strip to dealing with Comanche leader Quanah Parker to his service during the Philippine In-
surrection. Parsons does an exhaustive job documenting the life of this great Texan and great American.

An Enigma In Buckskin

Calamity: The Many Lives of Calamity Jane by Karen R. Jones (Yale University Press, $28) digs deep into details, misconceptions and myths that surround this lady of mystery. Lucid and lively, this book is a must-have for anyone interested in frontier women, 19th-century celebrities or history. Calamity Jane was a remarkable woman of the American West, shrouded in mystery and myth; this book helps solve the enigma that is Calamity Jane. A raconteur with a tendency for unorthodoxy, she was certainly memorable and witnessed extraordinary times. Much like Billy the Kid’s, Jane’s origins are sketchy at best. History picks her up in 1872 in Wyoming as a gutsy young woman dressed in soldier’s clothes who saves an Army captain from ambush.

While the reader unfamiliar with Tombstone and Earp history may find Tombstone: The Earp Brothers, Doc Holliday, and the Vendetta Ride From Hell (St. Martin’s, $29.95) quite readable—it is—it is so filled with errors that it cannot be recommended, and the only reason it should appear on a collector’s bookshelf is if he/she has determined to be a completist of everything written on these topics. Early on in this volume, the prologue, the author exposes his presuppositions and biases including his reference to Sheriff John Behan as “that peacock of a sheriff,” as well as the author’s expression of pleasure that Behan, Frank Stilwell, Indian Charlie and Curly Bill Brocius are all in “Hell, where they belonged.” Maybe so, but let the reader make those determinations, if they wish, after reading the book, not from the author telling them what to believe before getting into the first chapter. If that’s his thesis statement, it’s very narrow in scope.

—Roy B. Young, co-editor of A Wyatt Earp Anthology: Long May His Story Be Told