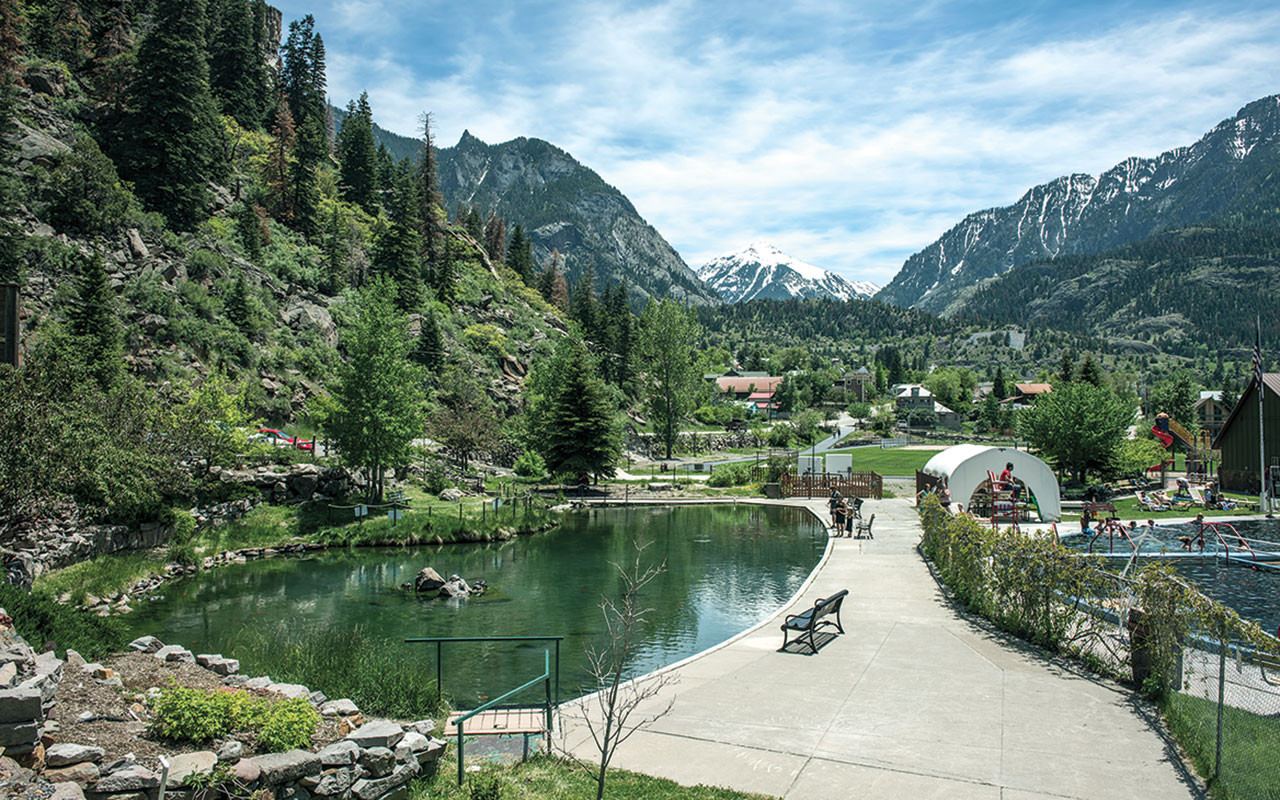 One of the thrills of visiting the historic mining town of Ouray, Colorado, is just driving through the San Juan Mountains to get there.

The 25-mile roller-coaster ride from Silverton to Ouray over 11,018-foot Red Mountain Pass is among Colorado’s most scenic mountain drives. U.S. 550 is part of the San Juan Skyway and this section is dubbed the Million Dollar Highway.

In any case, the highway delivers visitors into a rocky amphitheater of a town surrounded by the towering San Juan Mountains.

“You can’t go anywhere in our city without having spectacular views,” Mayor Greg Nelson said. “In the evening you get the alpenglow that turns the rocks almost a watermelon, red or pinkish color. It’s really a spectacular sight to see.”

Mining has all but played out so Ouray trades on its natural beauty, with taglines of “the Switzerland of America” and “Gem of the Rockies.” But it’s also earned a reputation as the “Outdoor Recreation Capital of Colorado” and the “Jeep Capital of America,” Nelson boasted.

Jeepers come from all over to explore the San Juans’ old mining roads and ghost towns, and there’s Jeep tours and rentals for visitors.

Hiking trails are abundant with a 6.3-mile Perimeter Trail around the town and more challenging routes nearby. Casual hikers can walk to Cascade Falls on Eighth Avenue to see the lower of seven waterfalls that splash down the slopes.

Don’t miss Box Canyon Falls at the south end of town to see water roar out of a narrow gap in the rocks.

It’s not uncommon to see rock climbers on the mountain slopes in and around Ouray. Plus, there’s a new attraction—the Ouray Via Ferrata—that allows climbers of all skills to try a fixed route with safety lines over the Uncompahgre Gorge.

Summer is the busy season for visitors, but leaf-peepers show up in autumn to see the aspens turn golden. And Ouray at 7,800 feet is known for its winter sports, including Nordic skiing, snowshoeing and ice climbing. It hosted its 25th Annual Ice Festival this year at the Ouray Ice Park.

Historical reports say that the area’s original inhabitants—the Tabeguache Utes—considered the region’s hot springs sacred. When the tribe ceded the San Juan Mountains to miners in 1873, the Utes insisted on maintaining access to the hot springs north of Ouray, according to Colorado historian P. David Smith.

Ouray is named for Chief Ouray of the Utes, who died in 1880. The town’s settlers endured the winter of 1875-76 and, by October 2, 1876, had established a town government. The 1880 census showed Ouray had 864 residents. There were five saloons, profitable mines and two newspapers, the Ouray Times and Solid Muldoon, according to Smith.

What Ouray needed the most was a railroad to serve the mines and passengers. The Ouray branch of the Denver & Rio Grande Railroad arrived in 1887.

Ouray is a National Historic District with about 75 commercial buildings and 240 residences qualifying as historic. That includes the 1887 Beaumont Hotel and the 1888 Ouray County Courthouse.

Scenes from the 1969 film True Grit with John Wayne were filmed at the recently restored courthouse and in nearby Ridgway.

The Ouray County Museum is in the 1887 miners’ hospital. Ridgway has the Ouray County Ranch History Museum and a Railroad Museum. Silverton has the Mining Heritage Museum.

Talk like a local: Ouray in pronounced U-ray, rhyming with hurray. The “O” is silent.