The Blevins Boys are in the House 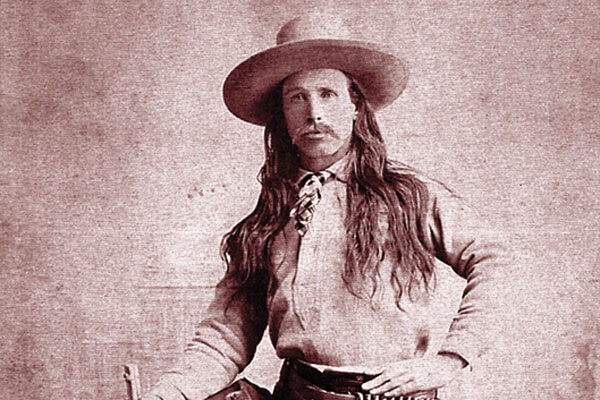 Sheriff Commodore Perry Owens steps onto the porch of the Blevins home in Holbrook, Arizona, and knocks on the west-facing door.

The Apache County sheriff is here to serve a warrant on Andy Cooper, a horse thief. The door opens slightly, and Cooper peers out. The sheriff immediately spots an ivory-handled pistol in the outlaw’s hand.

“Andy,” Owens says, “I have a warrant for you. Let’s have no trouble.”“Give me a few minutes,” Cooper replies. “I’m not ready yet.” As he says this, he tries to close the door, but Owens thwarts the maneuver by pushing his boot into the narrow opening. Cooper ducks behind the door and brings his six-shooter up to fire. Without removing the Winchester from the crook of his arm, Owens fires blindly through the door. His lucky shot hits Cooper in the pit of the stomach.

As he backs up, the sheriff levers his Winchester, ejecting the spent shell and slamming another into the breech. He quickly covers all the windows and doors in anticipation of other assailants.

A woman screams. Before Owens can react, a second door opens slightly and the barrel of a six-shooter protrudes and fires about four feet from the lawman. The bullet just misses Owens and instead, it hits a horse tied to a cottonwood tree in front of the house. The terrified horse breaks its reins, runs a short ways and then topples dead in the street.

A third assailant, John Blevins, attempts to take cover behind a door, but Owens fires another intuitive shot, hitting Blevins in the shoulder and sending him crashing to the floor.

Owens scans the house through his rifle sights, watching for an attack from any and all corners. He hears a noise, which he recognizes as a window being opened. Owens runs from the front door to the front window, where he sees Cooper on his knees, about to get a shot off through the narrow slit. The sheriff fires again, and the bullet tears through the thin board siding, hitting an already wounded Cooper in the right hip.

As Owens levers another cartridge into his rifle, he hears a woman pleading with someone inside the house. There is a commotion, more pleading and then the front door opens. Fifteen-year-old Samuel Houston Blevins boldly steps out, brandishing Cooper’s pearl-handled pistol and vowing to “get” the sheriff. Owens’ fifth shot hits the boy squarely in the chest. The lad drops dead on the doorstep.
His every sense on high alert, Owens stands alone in front of the house, waiting and listening. He has no idea how many more men are in the house. His keen ears catch a noise on the eastern side of the house. He runs to the corner of the building, catching Mose Roberts, who is climbing out a window with a pistol in his hand. Owens fires, and the bullet hits Roberts in the chest.

The sheriff chambers another cartridge. By now, the screams and wails inside the house are dreadful. After a few anxious minutes, it becomes obvious no one else will be coming out to fight.

“Satisfied he has finished his work, the sheriff walks up the street toward the livery stable, where he meets several townspeople coming his way.

Have you finished the job?” A.F. Banta asks.

“I think I have,” Sheriff Owens curtly replies.

Young Samuel Blevins died on the spot. Andy Cooper lived until midnight. Mose (a.k.a. “Mote” and “Monte”) Roberts lived for several days. John Blevins recovered and was later pardoned for his part in the fray.

Commodore Perry Owens was defeated for a second term as sheriff. While everyone agreed he had been unquestionably brave, he was an inefficient administrator and a worse politician. He went on to work as a railroad guard for a short while, and then he opened a saloon down the track in Seligman, Arizona. He was appointed for one term as sheriff of newly created Navajo County in 1896. Owens died at 66 years of age in May 1919.

Recommended: Gunfight in Apache County, 1887: The Shootout Between Sheriff C.P. Owens and the Blevins Brothers in Holbrook, Arizona, as Described by Will C. Barnes. This booklet is edited by Neil B. Carmony and published by Trail to Yesterday Books.