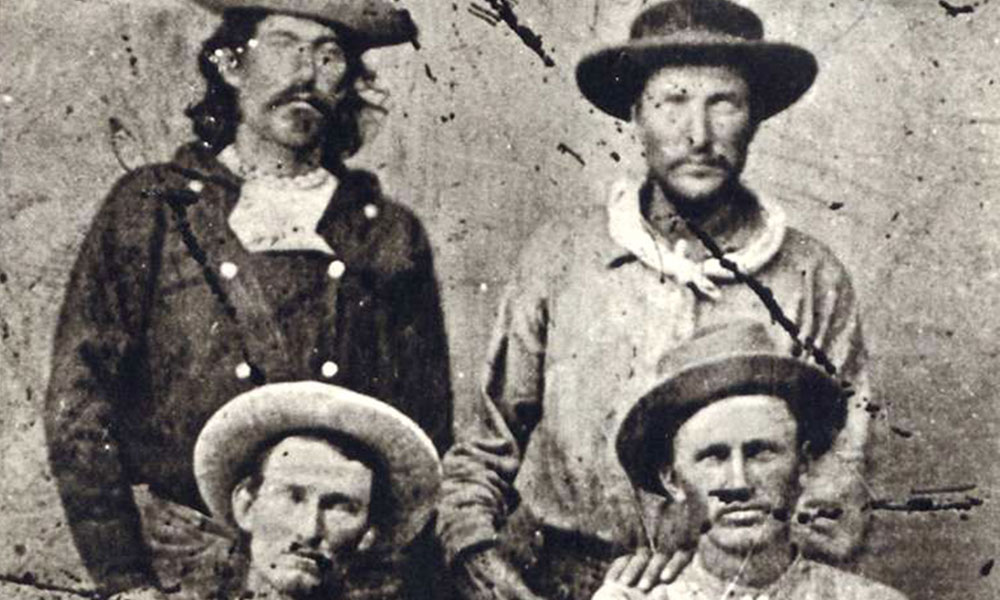 Johnny Fry (upper right in photo) was just 19 when he won a horse race in Missouri in
1860—and got a job. For Alexander Majors watched that race and asked Fry if he’d ride
for the Pony Express. Fry said yes, and he became the first west-bound rider for the
service on April 3, 1860.

The diminutive horseman continued in the position until the Pony Express went out of
business in October 1861. After that, he became a messenger for the US Army during the
Civil War. He died in action in October 1863.