The Luck of the Irish 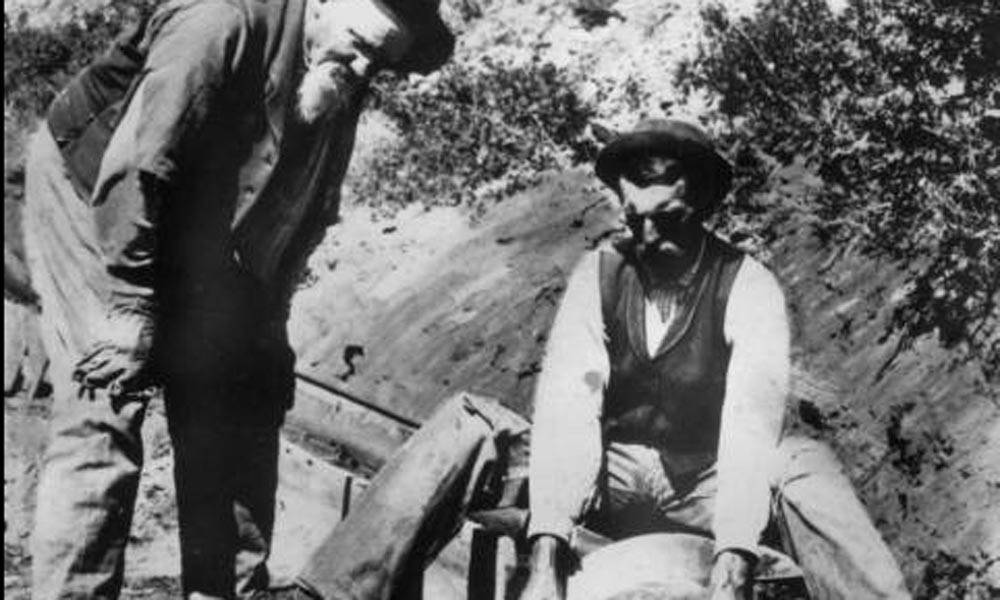 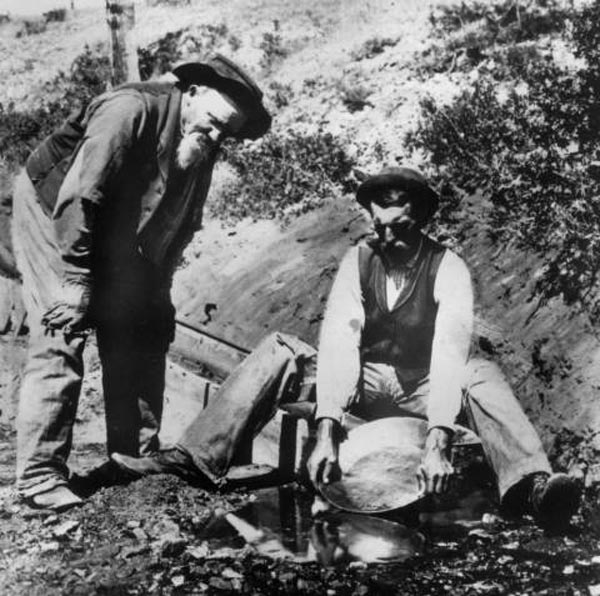 The saying “luck of the Irish” was virtually born in the West. Consider: Jimmy Doyle, Jimmy Burns, and Johnny Harnan, who made their fortunes at Cripple Creek, Colorado in the 1890s.  Doyle, wandering over a piece of ground chanced upon a small, unclaimed parcel of land, triangular in shape and covering only one-sixth of an acre and lying between two large mining operations.  Up to then the little scrap of land had gone unnoticed.  Doyle staked a claim, then partnered up with Burns and Harnan and dug into a vein that assayed at $640 a ton in gold.  They kept the strike a secret for if word got out their large neighbors would file suits against the three Irishmen under the federal “apex law” insisting the vein belonged to them because the apex or uppermost point of the vein was located on their property.

The three had no money to hire an attorney to defend them and they knew the company’s high-powered lawyers would overwhelm them in court so the three Irishmen worked their claim secretly hoping to build up funds for the legal battle that would surely follow.  They built a shack on the property to camouflage their excavation and dug at night by candlelight.  They did this for some time, smuggling their gold out in the darkness with a mule team and wagon.  When the wagon cut a deep trail in the earth, the secret was out and the big shots adjacent hit them with a barrage of lawsuits, subpoenas and injunctions.  By then the Irishmen had taken out more than $90,000 and could afford to fight.  And they fought well, defending against 27 suits, they did so well they were not only able to keep their claim but to counterattack against their neighbors’ claims.  Eventually they accumulated 183 acres of mineral-bearing ground that ultimately yielded $65 million.

The Comstock Lode of Nevada was the “Granddaddy” of them all; America’s richest silver strike. East of the Sierra Nevada, across the Washoe Valley is the Virginia Range where on the eastern slope of Mt. Davidson, in the spring of 1859, two Irish prospectors, Peter O’Riley and Patrick McLaughlin, hit pay dirt one day at a spring in Six-Mile Canyon.  About that time, a lazy braggart named Henry P. T. “Old Pancake Comstock, happened by and insisted they were working his claim. Rather than argue, the two Irishmen decided it could be divided up three ways as well as two so they cut him in.  Comstock immediately left the site and went to town and told everybody in sight about his new silver strike and people began calling it the “Comstock.”

O’Riley and McLaughlin didn’t know it at the time but they had stumbled upon one of the richest lodes of precious metal ever found. A little shanty town named Virginia City, named for Finney soon became one of the wealthiest cities in America. The hapless Finney sold his share for a bottle of whiskey and a blind horse.

None of the original discoverers fared well later. A fledging entrepreneur named George Hearst arrived and paid $3,500 for McLaughlin’s share. The future newspaper tycoon’s investment returned over a thousand times over. Comstock sold out his share for eleven thousand dollars. O’Riley held out longer and got forty thousand for his share.

Henry Comstock, armed with his new-found wealth decided to take a wife so he bought a Mormon’s extra wife for sixty dollars. His young bride ran off the first chance she got and Comstock, suffering from dementia, committed suicide a few years later at Bozeman, Montana.

All died broke but their discovery produced over 400 million dollars over the next thirty years and produced sixty millionaires, more than all the other mines in the West.  Many of those newly-minted millionaires including the legendary John Mackay were Irish immigrants. Overall, the Comstock produced over one billion dollars.

The greatest success story of all was that of Irish immigrant, John Mackay.  He and his pal Jack O’Brian were strolling into the boom town of Virginia City when Mackey said to O’Brian, “Jack, how much money have ya got?”

O’Brian turned his pockets inside out, “Not a penny, Jack” he said, “How much you got?”

Mackay pulled out a fifty-cent piece, examined it, then threw it out into the chaparral.   “Now,” Mackay said with a wide grin, “we can walk into town like two proper Irish gentlemen.”

Mackay hired out working in the mines as a pick and shovel man for four dollars a day. Some of the work he did was paid in stock certificates, most of them not worth the paper they were printed on but one, on a mine called the Kentuck, he hit a small but rich deposit that eventually paid out a million dollars in dividends.

In February, 1872 Mackay, along with three other Irishmen, Bill O’Brian, no relation to Jack, Jim Fair and James Flood, bought a controlling interest in the Consolidated Virginia from the Bank of California. The banks President, William Ralston’s henchman on the Comstock was a ruthless, treacherous schemer named William Sharon also known as the most hated man on the Comstock, he loved nothing more than foreclosing on mining properties. Sharon despised the four Irishman and believed he’d duped them into buying a worthless mine.

The so-called “Ralston Ring” was bent on crushing the upstarts Sharon referred to derisively as “those Irishmen.” The two bankers watched gleefully as the four men put another $200,000 into the mine and came up empty.

For ten months they dug into the mountain then they hit a thin vein of silver but that soon pinched out. They searched and found it again and soon the vein widened to twenty feet, then fifty. Soon it expanded into a vein twenty feet high, fifty feet wide and a hundred and twenty feet long of almost pure gold and silver. Incidentally, a foot-wide vein was considered rich.  In some places the vein was three hundred feet wide. They had discovered the heart of the Comstock.

Mackay was the engineering genius of the Big Four. He had almost no formal education, stuttered badly but he was blessed with extraordinary intelligence. Tall, lean and muscular, he enjoyed visiting the local boxing club and putting on the gloves for a few rounds of pugilistic’s. He never forgot his Irish roots. He was famous for his honesty, fair dealings with his employees, and generosity, especially to the charities, giving away some five million dollars. The world famous Mackay School of Mines at the University of Nevada in Reno is one of his proudest legacies.