The Misery of Mining in the Old West 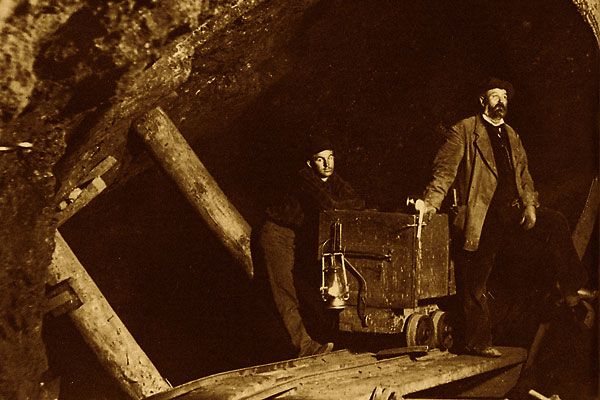 For many miners, the report of 34-year-old Dr. Anthony J. Lanza came a “day late and a dollar short.”

Near the beginning of the last century, this controversial physician tried to unravel the mystery of why tuberculosis  (TB) was killing Butte, Montana, underground miners at a rate 10 times the national average. Hired by the Montana Tuberculosis Association, between 1916 and 1918, Dr. Lanza examined more than 1,000 miners and found among the several hundred with lung disease, more than five dozen who had tuberculosis.

His work eventually connected the risks of TB to those miners who had developed silicosis, a dust-related disease caused by exposure to free silica in the mining atmosphere.

Today’s physicians have come to understand that the presence of silicosis may compromise a patient’s immune system. Silica exposure may make a healthy patient more likely to contract TB or may compromise the ability of a TB patient to control its spread.

Along with keeping exposure to a minimum, miners exposed to silica are now carefully evaluated on a periodic basis with thorough interviews, physical examinations, x-rays and laboratory tests. As a result, the scourge of TB is practically nonexistent in today’s hard rock mining population.

Regardless of the risks, mining in the Old West was as common as “fleas on a dog.”

For many, the lure and risks of mining represented the American dream. Mining was the ultimate form of gambling. Most miners came away from the table with little or nothing, but some who staked their own claims in gold strikes at Sutter’s Mill, Cripple Creek and Alder Gulch came away as big winners. The flip side of these stories, however, is one of sudden or premature death, crippling injury and wasting, disabling disease.

While underground, miners faced risks of fires and carbon monoxide, poor lighting, little ventilation and even altitude sickness. In addition, there were no consistent engineering practices to avoid cave-ins. Most mines offered no sanitation or clean water; if a worker “had to go” while underground, he often went right where he was working. Personal protective equipment was hardly ever provided by mine owners. If you did not lose a finger, an eye or a foot, you then faced the wear and tear of arthritis, the destruction of your lungs, the risk of infection or the poisoning of your nervous system from arsenic and mercury contamination in the gold ore that you were so optimistically seeking.

Essentially no statistics about miners’ accidents, illnesses or deaths were maintained in the Old West. Much of what we know about them today comes from headlines about mine disasters. Consider the Central City, Colorado, Evening Call, recounting the death of Charles Rolph, in a cave-in at the Malachite Mine near Golden on March 19, 1878; or the Cheyenne Weekly Leader’s report of the loss of 38 miners in the Central Pacific Mine explosion near Evanston, Wyoming, on March 10, 1881.

Unfortunately, headlines like these have not entirely disappeared today. Recall the six miners and three rescue workers who perished underground at the Crandall Canyon Mine in Huntington, Utah, in August 2007.

Yet progress and research have been made in mine safety and health, as well as treating TB, asbestosis and other mine-caused ailments. As a regrettable and interesting footnote to this effort, the good Dr. Lanza re-appeared in the 1930’s with questionable research for which he was accused of delaying the reporting of asbestos hazards.

Today, we continue to make important, sometimes distressing, discoveries. Whether about radon exposure in uranium mines and the risk of lung cancer or nerve damage from vibrating tools, the list of preventable hazards continues to grow. Our investigations are dedicated to making underground mining healthier and safer for the brave men and women who carry on this important activity.

Clinically, I think that Old West miners had to be both delusional and a bit self-destructive. Personally, I would have opened a hardware store and sold those gamblers all of the picks and shovels they could carry—of course, with a dust mask or two!