The Robbery at Castle Gate 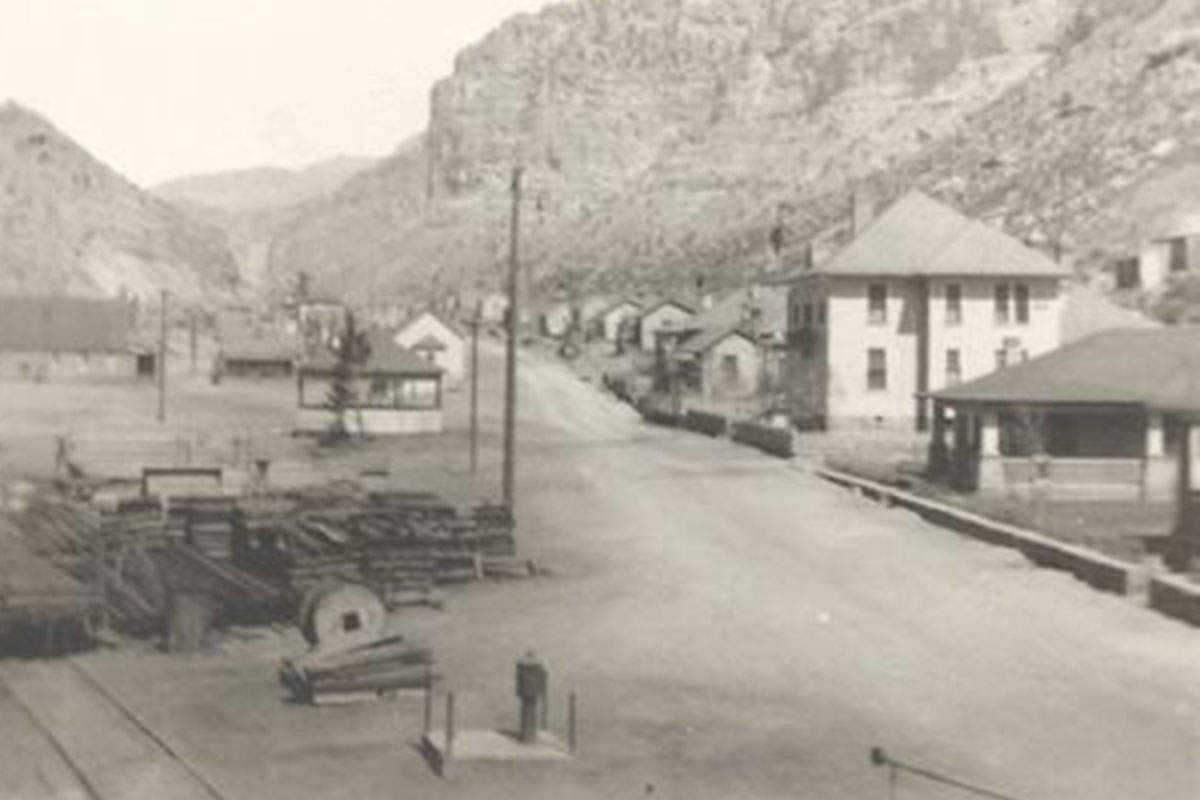 While many gang leaders boasted they were mean enough to eat off the same plate with a rattlesnake, Butch Cassidy is best-remembered as the smartest, most resourceful and likable of the outlaw chieftains. He loved horses and was a good judge of horse flesh.  He’s credited by some with being the first to use relays of well-bred horses to outrun pursuing posses. He was well-liked and respected, even admired by most of those who knew him including the lawmen who tried to catch him.

When it came to planning, executing and escaping a robbery no western outlaw was better at it than Cassidy. A good example is the Castle Gate payroll robbery.

Castle Gate, was nestled in a long narrow canyon. There was only road leading in and out of town. It was a company town, the home of the Pleasant Valley Coal Company and owned by the Denver and Rio Grande Railroad. Every two weeks the payroll arrived from Salt Lake. In order to discourage robbery the company used an irregular schedule. A whistle would blow at the trainmaster’s office to alert the workers to come and collect their paychecks.

As the train rolled in, Butch was idling in front of the company store around the corner from the stairs that led to the paymaster’s office.  He saw the paymaster come down the stairs with his assistant and walk over to the station to pick up the payroll from the express car messenger and a clerk. The money was in a leather satchel along with three bags of gold coins.

As they approached, Butch moved over by the stairs. Elzy was mounted and holding the reins of Butch’s horse.

When the paymaster reached the stairs Butch stuck his pistol in his face. “Drop the sacks,” he demanded. The messenger meekly obeyed but the clerk made a run for it with one of the bags.

Butch picked up the satchel and the two remaining sacks and tossed them to Elzy, who caught them but dropped the reins causing Butch’s horse to bolt. Elzy rode after the horse and turned him so Butch could grab the reins and mount up. In seconds they were riding hell-for-leather out of town. The take was almost $9,000.

The paymaster ran to the telegraph office to wire for help but Walker had climbed the telegraph pole and cut the line. Butch’s was very skillful at planning a job. He’d leave supplies along a well-scouted trail and a relay of horses. The boys would always have a fresh supply of mounts, leaving the pursuing posse either afoot or on tired horses. Other gang members were posted along the escape route to guard their backs. Butch always planned his escapes as well as his meticulous reconnaissance prior to and during the heist.