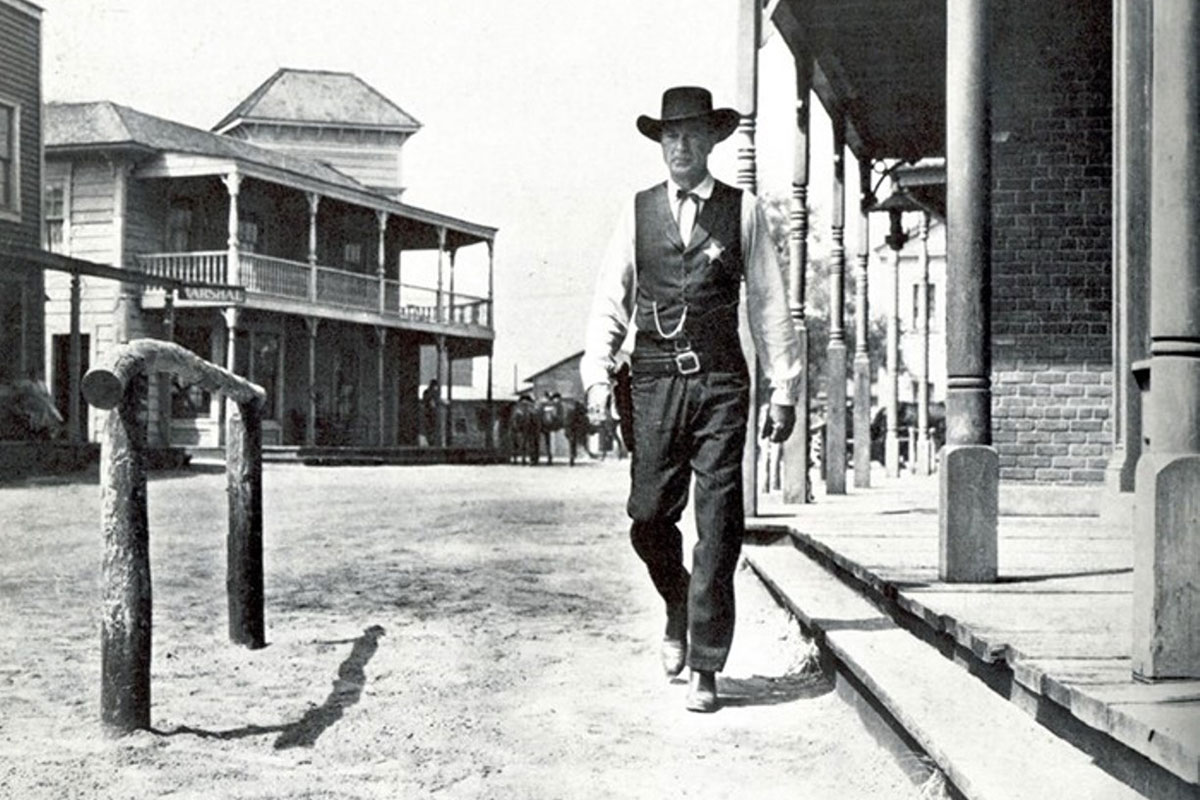 Folks often ask, “Were townsfolk generally as cowardly and cowered as portrayed in movies like High Noon?”  Was it that difficult to get men of the towns to be deputies, either paid or as volunteers?

And then there was the matter of the long arms Will Kane (Gary Cooper) packed. When he went out to confront four miscreants, he left the rifles in the office, adding only a second six-gun which he stuck into the front of his pants.  Why wouldn’t he be carrying more than just two revolvers?

High Noon is the classic fictional western story where the marshal confronts the bad guys alone. Actually it happened for real on October 26th, 1881 in Tombstone. Just prior to the shootout in the vacant lot behind the O.K. Corral members of the vigilance committee offered their services to Marshal Virgil Earp. He stoically turned them down. It’s interesting to speculate what might have occurred had the marshal and his deputies were accompanied by several citizens. It’s likely, in case of trouble, Virgil didn’t want to risk the lives of innocent people.

Getting back to High Noon, it’s not likely an entire town would be cowed by just three bad guys. Most men had some kind of experience with guns especially in the post-Civil War days. James-Younger gang at Northfield and the Daltons at Coffeyville proved that.

The town marshal would most likely be keeping the peace with a 10-gauge sawed-off shotgun but this is Hollywood and they knew moviegoers in the 1950s wouldn’t go for that. A man armed with a pistol is no match with man armed with a rifle or shotgun.

Most western towns were peaceful and those prone to violence like mining camps and trails-end towns weren’t as lawless as the movies make them out to be. For example between 1870 and 1875 only 45 men died violently in the major cowtowns of Abilene, Ellsworth, Dodge City, Wichita and Caldwell. Dodge City had five killings during its most homicidal year. Deadwood’s most violent year had four killings and Tombstone had five.

Miners in towns such as Jerome, Bisbee and Butte were only paid once a month so it only got “western” on payday and Tombstone had a gun ordinance so a man could carry only when arriving or leaving town.