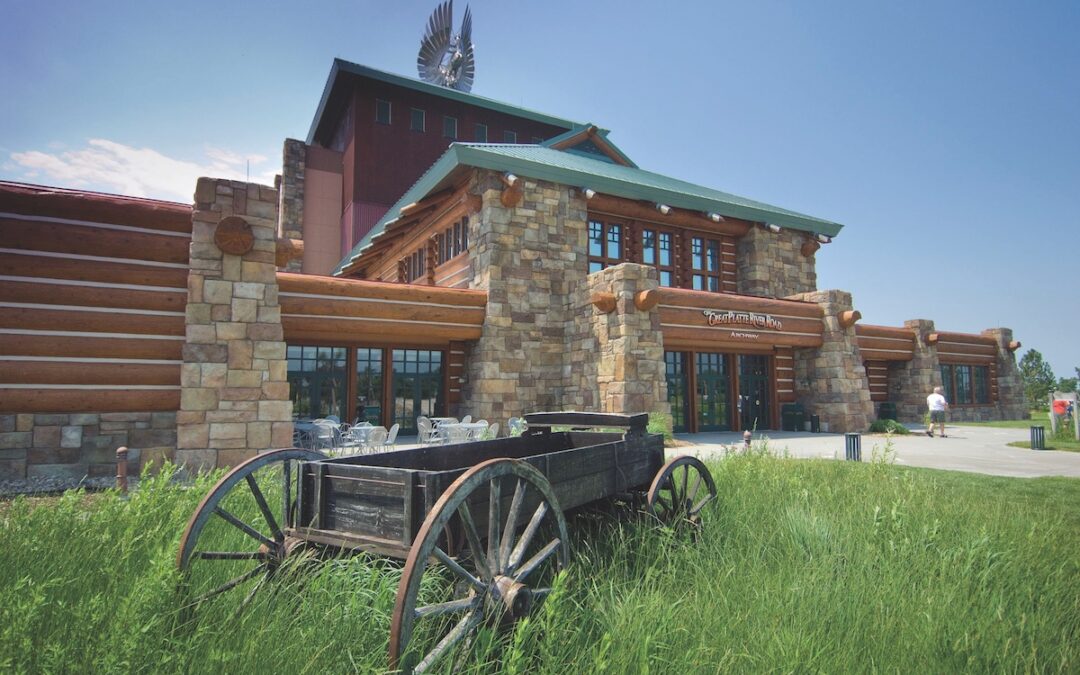 A tour of the historic transcontinental route reaps great experiences for heritage travelers.

When the Mormon Battalion ended a nearly 2,000-mile march from the Missouri River to Santa Fe to enter the small settlement at San Diego on January 28, 1847, they were not even close to near the end of their travels through the West. Their involvement with the Mexican America War, as a part of the Army of the West led by Stephen Watts Kearny, had established the Southwest as part of America, and now in Alta California, they would be involved in key events that would really put California on the map.

Some members of the Mormon Battalion, once released from their duty, started heading north and east. They intended to join their families, whom they had left at the Missouri River at Winter Quarters—Florence, Nebraska—the previous year. That spring of 1847, Brigham Young and a vanguard group of Mormons set off from their winter camping place, forging what would become the Mormon Pioneer Trail. They reached the Great Salt Lake Valley by late July and established a new home base. The Pioneer Company was followed by their families.

A year earlier, a wagon train had traveled west to Fort Bridger, and there decided to follow a guidebook written by Lansford Hastings. They were headed to California as well and would take a shortcut across the Wasatch, and then the Great Salt Lake desert before crossing Nevada and the rugged mountain range of the Sierra Nevada. Led by George Donner and Jacob Reed, this group made some serious miscalculations in their travel (not to mention the fact that some of their wagons were ridiculously heavy and they spent much of their time arguing among themselves). The Donner Party reached the eastern foot of the mountains later than expected and became stranded by winter storms. Their error in travel was deadly for most of the party; some survived but only after enduring horrendous conditions— even to the point of eating each other in one of the best documented episodes of cannibalism in American history.

During the summer of 1847 there was little travel along the trail to California, but some members of the Mormon Battalion who had left San Diego to head toward their families stopped along the American Fork River. They were at the mill operated by John Marshall when the first gold nuggets were found in January 1848, heralding what would become the California Gold Rush. A flood of gold seekers took to the California Trail in 1849, and the West would never be the same.

Fort Kearny, located just south of the Platte River and the city of Kearney, Nebraska, became the first key provision point on the California Trail west of such jump-off locations as Nebraska City, Brownsville, and even Florence/Winter Quarters. This site is now a Nebraska State Park. The story of overland travel comes to life as visitors walk over Interstate 80 in Kearny at the Archway Monument. Entering the center at ground level, visitors take an escalator up to the arch and then literally stroll along through the history of the trail.

For a chance to step in the trail of the pioneers who went to California (and other points west), travel west through Brule, Nebraska, to California Hill, and see the trail ruts and swales as they descend into Ash Hollow. Travelers on the trail in 1847 remarked on the “valley of monuments,” including sandstone outcroppings Jail Rocks,  Courthouse Rock and Chimney Rock. The latter is on private land today, but the nearby Chimney Rock Historic Site has great views, and good interpretive exhibits that talk about the trails through this North Platte River valley in Western Nebraska.

From Chimney Rock continue west for a stop at Scotts Bluff National Monument, where hiking trails are right in the swales left by the wagons of the 19th century.

Farther west, a fur trade outpost was established along the river and was another important supply post, a well-established location for wagon travelers to rest, resupply and regroup. It was replaced in the 1840s with Fort Laramie, which became a U.S. military post in 1849. This National Historic Site has original and replica structures representing that era and, better yet, it is in a setting little changed over the decades.

The travelers headed to California followed the North Platte River to today’s Casper, home of the National Historic Trails Interpretive Center. From the last crossing of the North Platte River, emigrants, argonauts and others on the trail turned west. They would need to travel a couple of days with limited access to good water before they would reach the clean and steady supply of water in the Sweetwater River. Most camped for a day or two at Independence Rock, where many took the time to carve their names into the granite outcrop before they followed the meandering Sweetwater River past Devils Gate, Split Rock and on to South Pass.

Once they crossed the Continental Divide at South Pass, the travelers were in Oregon Country. While many like the Donner-Reed Party of 1846 headed south to Fort Bridger and then west across Utah and Nevada to California, other travelers took different routes west of the Divide, bypassing Fort Bridger by traveling farther north on the Sublette Cutoff. They would ultimately camp at the bottom of a location known as Big Hill, in today’s Montpelier, Idaho, where the National Oregon-California Trail Interpretive Center gives visitors an immersive opportunity to explore trail history.

The travelers to California then continued west along the old Oregon Trail until they split off from the Raft River to angle their way past City of Rocks and into northeastern Nevada before turning west—following a route roughly the same as Interstate 80 today. The California Trail Interpretive Center, a few miles west of Elko, Nevada, has exhibits and live interpretive programs showing how challenging the trail could be across the desert-like landscape of the Great Basin.

For all travelers to California on the overland route, the crossing of the Sierra Nevada was the most significant and challenging area of the trail. The mountains were intimidating for those headed west and had been downright deadly for the Donner-Reed Party.

The end of the trail for most of the early travelers was somewhere along the American Fork River near today’s Coloma, California. They had risked their lives to make the journey, almost all with the hope that they would strike it rich in California’s goldfields.

Many of the men of the Mormon Battalion who had been at Sutter’s Mill when the first gold nuggets were picked up and identified, departed the gold camps and reunited with their families and friends in the Great Salt Lake Valley. They left the diggings to gold seekers, but the legacy they created in marching with the Army of the West, and their involvement in the early gold discoveries at Sutter’s Mill, makes them true pioneers in California.

Known as both Old Dry Diggins and Hangtown, Placerville is in the heart of northern California’s gold country, and it was once the third largest city in California. But the early going was rough as the town wanted to be the county seat and had to vie with the rich diggings at nearby Coloma twice before the locals in Placerville convinced state leaders that there had been a round of ballot box stuffing on the second county seat election. The evidence mounted, and in 1857 Placerville finally became the Eldorado County seat. Today the region is known not only for its gold country history, but for its vineyards and wines. You like pie? Head over to Hooverville Orchards.

In one of my earlier articles this year, I wrote about the 150th anniversary of Yellowstone National Park. This year’s anniversary will be remembered for that milestone, but more so for the devastating flooding that occurred on June 12-13. Around three inches of rain fell on high snowpack and the result was catastrophic with roads and bridges washed out, and extensive damage to buildings both in the park and in the small communities nearby, particularly in the northern area of Yellowstone. The park was immediately closed, though it was reopened for limited visitation, mainly in the southern areas. It will take months or perhaps years to repair all the damage. Of course, this changed plans for tens of thousands of people who wanted to celebrate the sesquicentennial of our nation’s oldest park. Send a donation to the communities if you can but hold off on any plans to physically visit the park in the immediate future. Yellowstone will rejuvenate—it did after the 1988 fires— but it takes some time to heal nature’s wounds.