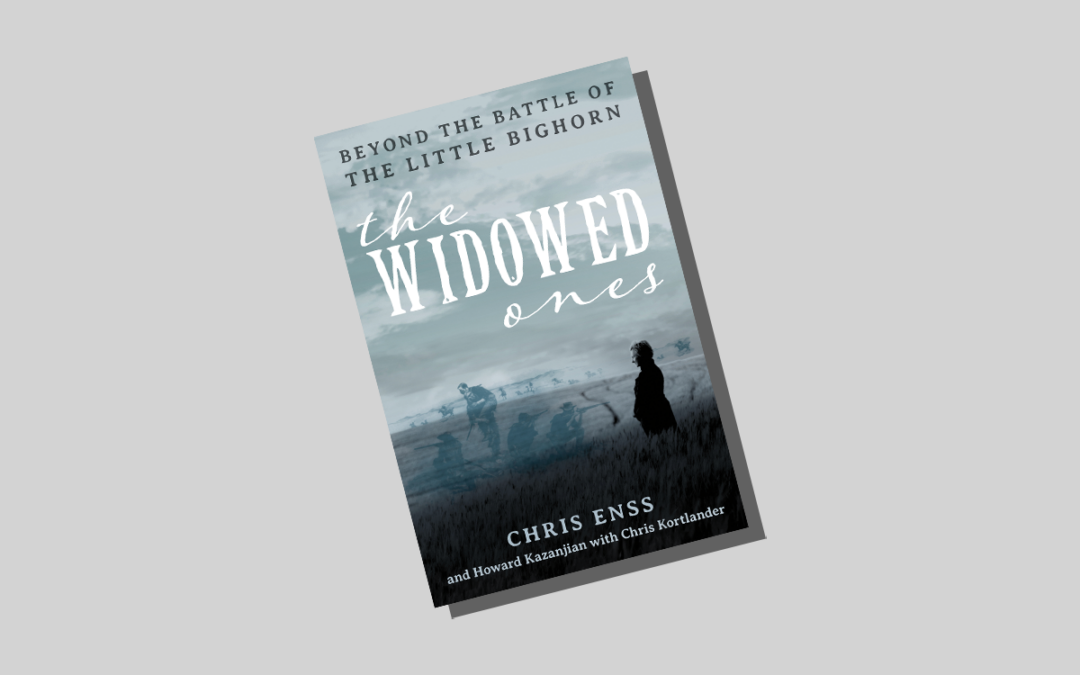 A poignant biography of the survivors of Little Bighorn, a new collection of short stories, a biography of a Chinese frontier leader, a history of a new people of the West and a stark Western tale.

Over the past two decades, Western Writers of America President Emeritus Chris Enss has established herself as one of the preeminent authors of Western women’s history. Her most recent, The Widowed Ones: Beyond the Battle of the Little Bighorn (TwoDot, $26.95), sets a new standard for Western researchers seeking a greater understanding of the stories of survivors of war, epidemics and natural disasters in the post-Columbian era of the Western United States. Written with her longtime collaborator Howard Kazanjian and Chris Kortlander, a noted collector of George Armstrong and Elizabeth “Libbie” Bacon Custer primary materials, Enss’s book places the reader into the storyline of the lives of the 7th Cavalry officers and their ignoble leader Lt. Col. Custer just after the Battle of Little Bighorn. The authors’ narrative recounts the story of the widows of the seven married officers, before, during and after the battle—and how each of their lives were fated to be assigned to Custer’s 7th Cavalry at Fort Lincoln, Dakota Territory. At the center of the seven-decade chronicle is Libbie Custer, the acknowledged leader of the 7th Cavalry’s officers’ wives, a role she would hold until her passing in 1933. As the authors note, until her final breath four days before her 91st birthday, Libbie championed her late husband and lived her life as positively as possible in support of herself and those who survived those killed at Little Bighorn on June 25, 1876. 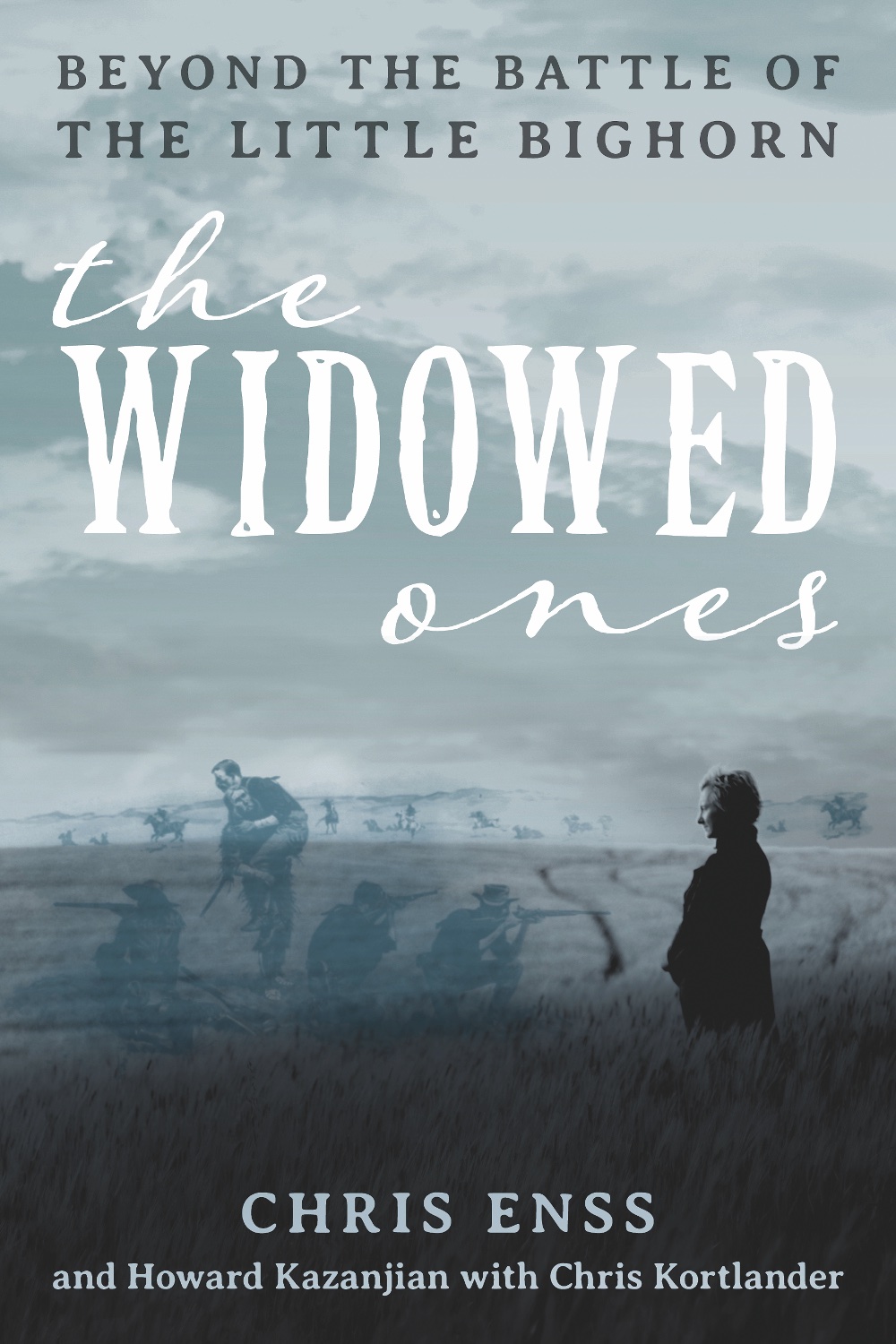 I particularly like The Widowed Ones for its expansion of our understanding of the well-chronicled Battle of Little Bighorn and the leadership of both the American and Indian allies and enemies of the Great Sioux War of 1876. I have thought for many years that historians of post-Civil War America still have a lot of material to quantify and qualify related to the aftermath and long-term effects of the violence meted out and absorbed by so many Americans of all ethnicities, races and religions. The post-traumatic effects of the War Between the States, which contributed to the frontier violence between settlers, Native peoples and the American military, also affected subsequent generations, especially those who had family killed or maimed in conflict during the settlement of the Western half the United States after 1865.

Enss’ next book, Along Came a Cowgirl: Daring and Iconic Women of Rodeos and Wild West Shows (TwoDot), will be on shelves in September 2022, but I believe she will be willing to shed tears on the page to write the stories of more women and their children, whose voices have been rarely or never heard before.

To align with our great features in this issue on women’s history, I researched some of the best published histories on the role of women in the settling and building of the West.

I highly recommend the following books on women in the West. Three of them are by Glenda Riley, who broke the ground for everyone to follow on the subject.

The Life and Legacy of Annie Oakley by Glenda Riley (University of Oklahoma Press, 1994)

A Place to Grow: Women in the American West by Glenda Riley (Harlan Davidson, 1992)

The Female Frontier: A Comparative View of Women on the Prairie and the Plains by Glenda Riley (University Press of Kansas, 1988)

Race and the Wild West: Sarah Bickford, the Montana Vigilantes, and the Tourism of Decline, 1870–1930 by Laura J. Arata (University of Oklahoma Press, 2020)

My Captivity: A Pioneer Woman’s Story of Her Life Among the Sioux by Fanny Kelly (Skyhorse, 2014)

New Women in the Old West: From Settlers to Suffragists, an Untold American Story by Winifred Gallagher (Penguin Press, 2021)

A Leader of Chinese Frontier Life 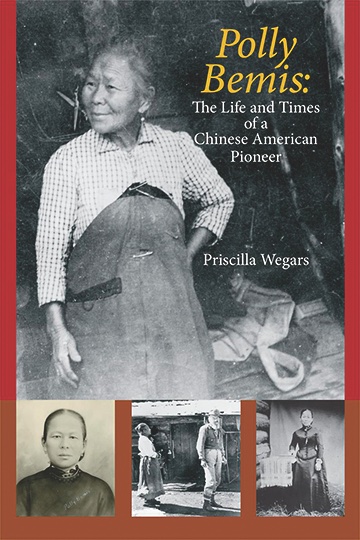 An extensive study of a woman whose life story was, until this book, shrouded in myth, Polly Bemis: The Life and Times of a Chinese American Pioneer by Pricilla Wegars (Caxton Press, $29.95) tells the harrowing account of a young Chinese woman enslaved at an early age and brought to the American frontier. Hardships for young Polly continued in the western mining camps and boomtowns, yet she emerged as a strong and leading entrepreneur in Idaho. Author Wegars tells the story of Bemis, the surname of her Euromerican husband, through an exhaustive amount of research, as there are over one hundred pages dedicated to endnotes alone. Wegars carefully tracks the life of Bemis chronologically with diligence while managing the story of Bemis with care and grace and dispelling the many myths surrounding Bemis with authority. Polly Bemis is more than the biography of a Chinese pioneer in the West, but a model of thorough research into the life and times of a marginalized member of frontier society.

On the Western Trail 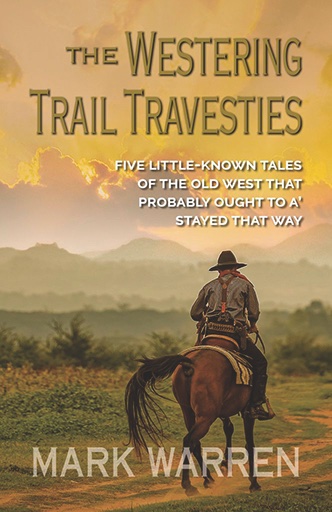 The Westering Trail Travesties (Five Star, $25.95) is a fun collection of five Old West stories by Mark Warren, who produces top-notch creative writing that is generously sprinkled with humor and smile-producing similes. Most of the stories are written in first person, which grabs the reader right from the get-go. Warren writes about an outlaw gang of oddballs who make an extraordinary discovery; a reporter from the East who is thrust onto the Kansas frontier to record his Wild West experiences; a group of 1906 Arizona Rangers who chase a Texas outlaw and get into the thick of things; a 14-year-old orphan, whose parents met tragic ends, continues to work the family farm in a surprising, and spooky, way; and a coming-of-age tale about a trio of youngsters in Nebraska. Always entertaining, Warren’s work is first-rate.

Families Who Shaped the West 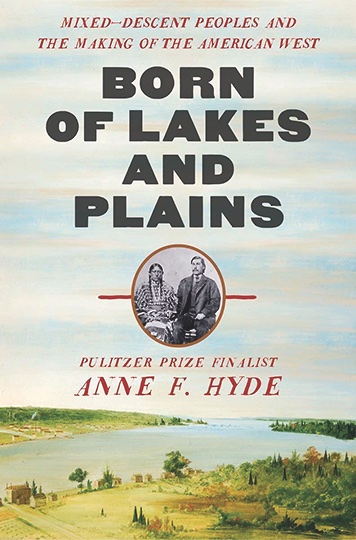 Author Anne F. Hyde, a preeminent scholar of the American West has brought her attention to an underserved chapter in American frontier history: mixed-blood families and how they helped to shape the growing country in the era of westward expansion. Hyde argues that beginning as early as the 17th century many Indigenous tribes began to develop new family branches with Europeans and American fur traders who would often shelter with the tribes in the winter or trade with them in the summer. Born of Lakes and Plains: Mixed-Descent Peoples and the Making of the American West (W.W. Norton, $40) looks to expand on this piece of history with Hyde following five mixed-descent families whose lives witnessed a panorama of noteworthy events in the development of the West.

End of the Road 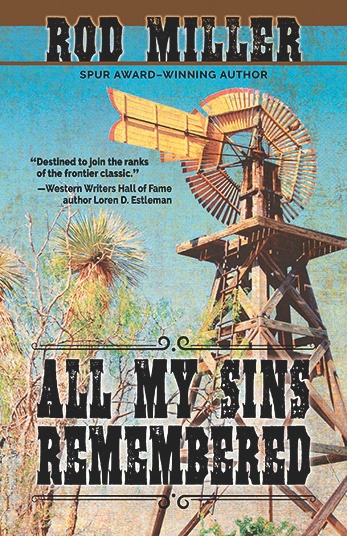 Against the stark Western frontier desert, Rod Miller weaves a riveting tale of human weakness, which explores the nature of evil and its presence among and in us. The storyline of Miller’s newest book, All My Sins Remembered (Five Star, $25.95), will resonate with the reader long after the book is read. There are many compelling and intriguing elements to the story. Miller chooses to have his characters nameless with an anonymous narrator, giving the story an aura of mystery. Frequent foreshadowing adds tension as things may not be as they seem, which creates uneasiness and suspense. The action is centered on a roadhouse—an old, abandoned stagecoach station where the few travelers who do pass by soon learn that the owner’s hospitality of food and drink comes with a cost. For some, the road ends there.

New Mexico Author Shares The Favorites That Inspired His Writing

Jim Jones is a winner of the 2022 Western Heritage Wrangler Award for Outstanding Original Western Composition, the IWMA 2019 Song of the Year, AWA 2016 Western Song of the Year and Western Writers of America 2013, 2017 and 2021 Spur Awards for Best Western Song. Western novels include his Jared Delaney/Moon series and his Tommy Stallings series. His novella, Scarecrows, is included in the Five Star anthology, Perilous Frontier.