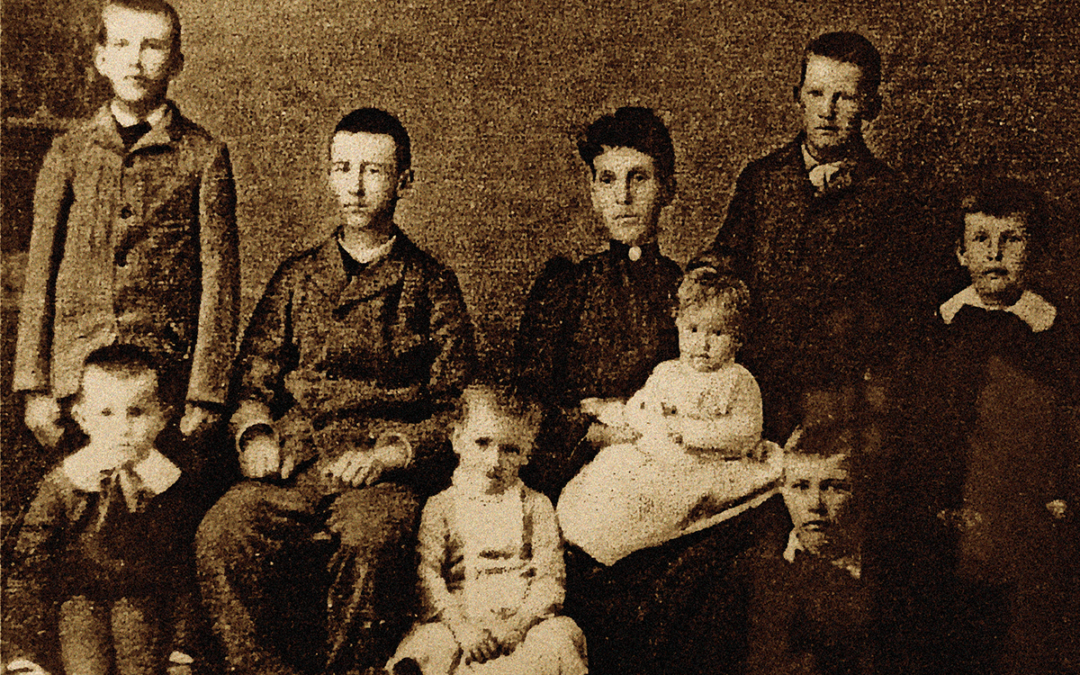 Dellie Blachly was a shrewd, driven and courageous woman—in her time or any time.

Her time was the early 1890s. Dellie was married to Andrew Trew Blachly, and the couple had eight boys (with a ninth on the way). She ran the house and was the rock of the family. Trew was a wanderer, moving his brood from place to place in search of riches. He’d been a miner, a lawyer, a merchant and a bank manager. That last one proved fatal.

On September 7, 1893, the McCarty Gang tried to rob Blachly’s bank in Delta, Colorado. Blachly was gunned down. (Two of the outlaws were also killed trying to escape.) On hearing the news, Dellie miscarried the baby.

She faced what seemed to be an impossible situation. There was no insurance on her husband’s life. Trew had been the main breadwinner. Families in similar circumstances were impoverished and forced to break up, every member for him or herself.

But Dellie quickly got control of the situation. Perhaps that came from her upbringing; Dellie was born and raised in China, where her parents were missionaries. There, she’d learned the value of hard work and ingenuity. Some of it came from her deep, abiding faith. In any case, Dellie Blachly was prepared to deal with the tragedy and its aftermath.

She and her late husband had promised that the boys would be educated and have it better than the parents. Dellie didn’t let go of that dream.

The family lived on a subsistence farm, so many of their basic needs were taken care of. Dellie also did some sewing and other jobs to bring in money. The older boys worked on farms and ranches around the area. Some of the proceeds went to the family necessities, and the rest were put in a college fund. When they’d collected enough money, the oldest son, Arthur, went to college. When he graduated and took a job, a percentage went back into the college fund. And when there was enough money, the second son, William, went off to college.

And so it went, for more than two decades. Some of the boys didn’t start college until they were in their mid to late 20s. But the family dream was ultimately realized. All eight of the Blachly boys got a higher education.

They all went on to bigger things. Several of the young men served their country in World War I. Two became presidential aides. Three were highly successful ranchers. The other three became doctors.

Dellie Blachly had a dream that came to fruition by the time she died in 1926 at age 71. Her legacy was in family—and what a legacy it was.