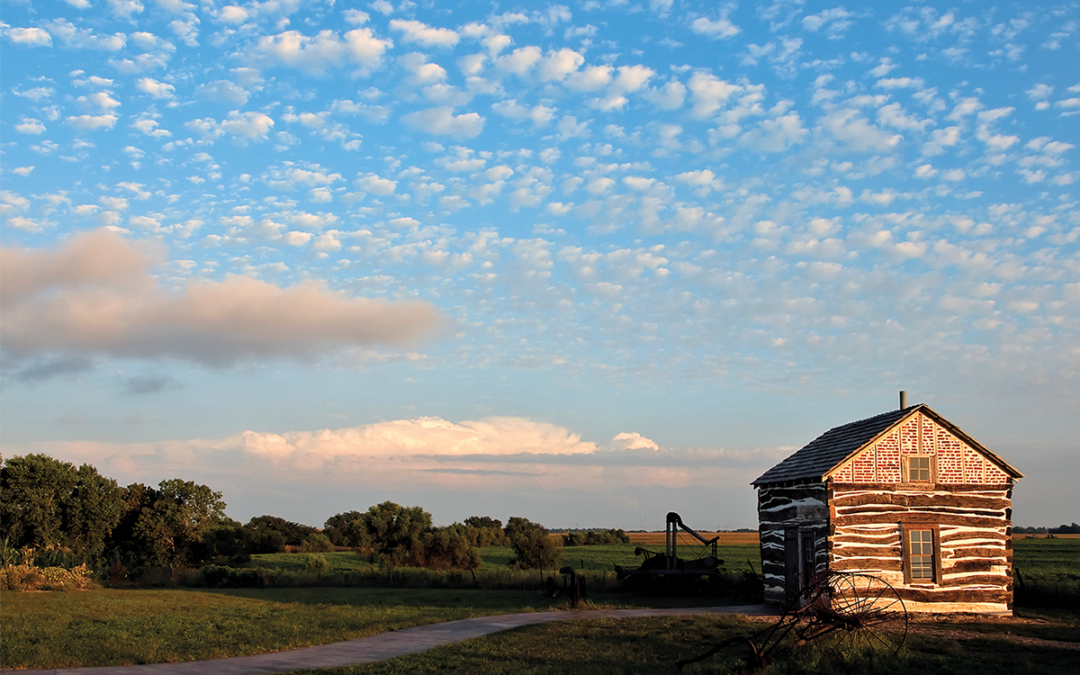 Here’s how we got home, home on the range.

Free Land!” In 30 states. Offering 270 million acres—one tenth of the entire United States. Over two million claims. Perhaps the most important piece of legislation in the history of the nation,

All that was The Homestead Act of 1862, signed by President Abraham Lincoln after the southern states seceded.

It was revolutionary for its time—distribute “public land” to private citizens; 160 acres at a time, with the provision they “proved up” the land: Build a house, till the soil, plant trees, fence a corral. Five years later, for a small fee, it was theirs—earned by hard work.

The first day the Homestead Act went into effect, January 1, 1863, a farmer named Daniel Freeman filed his claim on land near Beatrice, Nebraska. Seventy-three years later, in 1936, this claim became the site of the Homestead National Monument of America.

Today, 75,000 to 85,000 people visit this monument and National Historical Park every year, according to historian John Fairchild.

He notes that so much of the history of the West is told through this one piece of legislation. As the website notes, “To settlers, immigrants, and homesteaders, the West was empty land. To Native Americans, it was home.”

The Homestead Act didn’t start the conflict between America’s indigenous tribes and newcomers, but it certainly added to an already tense situation.

To millions, this was a new lifeline. The monument’s museum is filled with exhibits, and information panels on the park’s trail show the wide swipe of the Homestead Act. One of the monument’s growing projects is to explore Black homesteaders. This project started with the University of Nebraska-Lincoln and is now studying six Black homesteading communities in six Great Plains states.

Fairchild has also launched a fascinating new project to explore the connection of homesteading with the suffrage movement. He said he got the idea during the celebration of the 19th Amendment’s Centennial in 2020. Western states led the nation in giving women the right to vote—all but New Mexico had women voting long before the Susan B. Anthony Amendment was ratified as the 19th to the Constitution.

“I started seeing a lot of women homesteaders were leaders of the suffrage movement,” Fairchild notes. “Of the 30 states, 26 had big-time players in the movement.” An exhibit is being designed, as well as a digital record and a book pending from the University of Nebraska Press.

“One big takeaway from the park is that we are not just here in Nebraska, but we show homesteading across the country. We’re digitizing all 30 million records, and we found up to 93 million Americans are descended from homesteading. People come here to search their genealogy.”

And they come to learn more about one of the bedrocks of America.