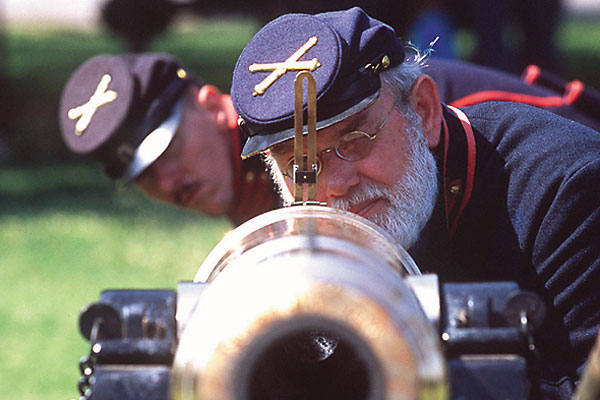 Fort Sill is the first place that comes to mind when I think of Lawton, Oklahoma.

Especially during the month of May, which is when, in 1871, a wagon train loaded with corn was attacked by Kiowa chiefs on the road between Montana’s Fort Belknap and Texas’s Fort Richardson.
Seven men were killed on Capt. Henry Warren’s wagon, while one, Thomas Brazeale, escaped to Fort Richardson, some 20 miles away. He related to authorities that their Indian attackers had been from Fort Sill.

Today you can still visit the Sherman House, named for Gen. William Tecumesh Sherman after he arrested the Kiowa chiefs—Satanta, Satank and Big Tree—for what came to be known as the Warren Wagon Train massacre. Sherman’s party had passed by the Warren train just an hour before, but apparently Indian superstition had saved his party from attack.

During the post’s earliest days, Maj. Gen. Philip H. Sheridan was stationed here during winter 1869 to stop Indians from raiding settlements in Texas and Kansas. Some of the scouts who served at this fort included Buffalo Bill Cody and Jack Stilwell. The post was called Camp Wichita, then labeled the “soldier house at Medicine Bluffs” by the Indians and finally named Fort Sill after Sheridan’s friend, Brig. Gen. Joshua Sill, who was killed in the Civil War.

But Lawton is not just Fort Sill, and John Hernandez, executive director for the Museum of the Great Plains, shares why the city is worth scouting.

What historic site do most of the schoolchildren visit? The 1909 Mattie Beal Home, recently restored in 2005.

Do-Not-Miss Attractions: I admit my bias, but it’s true, the Museum of the Great Plains tops my list—especially its outdoor exhibits with the original Blue Beaver schoolhouse and the Elgin depot. And, of course, historic Fort Sill. Director Towana Spivey has just completed the museum’s new “Warrior’s Journey” exhibit.

Event to Attend in May: The Tour of the Wichitas Bike Ride held on May 2 is a beautiful ride that includes stops at Fort Sill’s historic properties.

What radio personality do the locals listen to? Critter, on 94 FM, whose parting words of wisdom include “Any day above dirt is a good day.”

Preservation Project: Tar seep cleanup at Fort Sill. The project began in 1987 and wasn’t expected to be finished until 2014, but it was completed nine years early and $21.8 million under the projected cost.

Special thanks to John Hernandez, executive director for the Museum of the Great Plains, for sharing his love of the town with us.