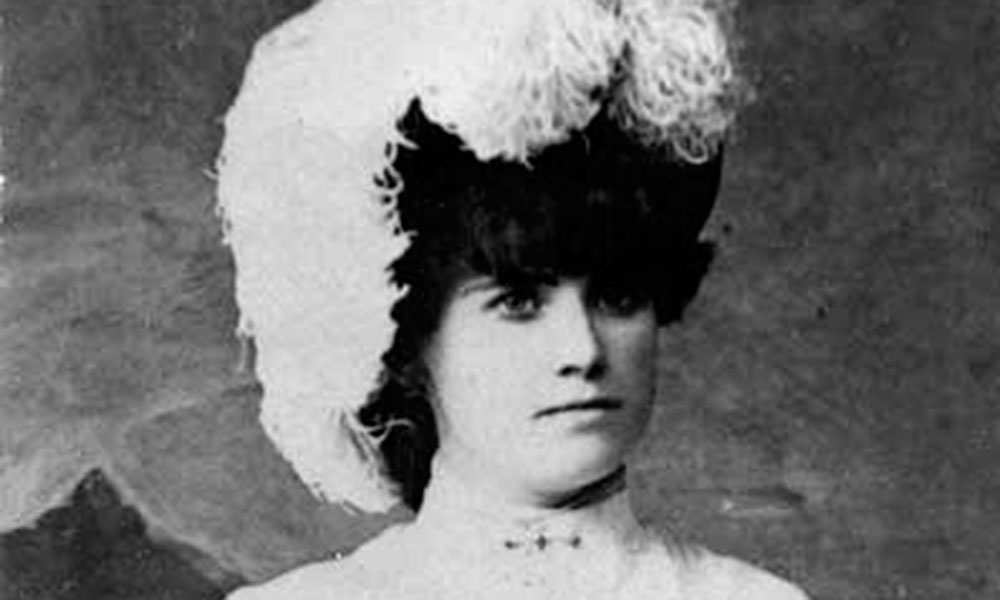 Nellie Cashman’s many requests for donations to charitable causes brought her in contact with cowboys, miners, gamblers, outlaws and the ladies of the evening.  The source of donations never bothered her.

She said: “Whether the money comes from an upstanding citizen, or a member of the outlaw faction makes no difference to me,” she said.  “The money doesn’t know the difference either. What matters is what it is used for, and I see to it that in one way or another, it helps humanity.”

Nellie took pride in the fact that she never turned away a hungry miner who had no money to pay for his room and board.

Nellie Cashman was born in Ireland’s County Cork in 1845.  She was christened Ellen on October 15th, 1945.  Her sister Fanny was born a year or two later. Around 1850 her father Patrick, either died or abandoned the family. Soon after her mother Frances, Nellie and younger sister Fanny immigrated to America settling in Boston. Around 1865 they moved to San Francisco, traveling by ship and crossing at the Isthmus of Panama and sailing north to California.

San Francisco, in those days was the nation’s tenth largest city and the Irish made up a third of the population.  So, unlike Boston, it was easy to fit in. There was no anti-Catholic, nor anti-Irish sentiment in the city made up of ethnic groups from all over the world.

Soon, Frances fell in love and married Tom Cunningham, another Irish immigrant and successful bootmaker and being good Irish Catholics they soon had a family of five children.

The road to riches for a woman in the Old West was running boarding houses and restaurants. Miners craved a good home cooked and a clean place to sleep.

Like most mining camps it had everything except a church and a jail.

They prospered in Panaca Flats because they were good cooks, were moral and honest.

It’s also likely the rough and tumble miners appreciated having a Kindly Irish Catholic mother and her pretty daughter in their community.

In 1874 Nellie joined a group of miners and headed for British Columbia where she opened a saloon and boarding house where she dealt in mining claims and grubstaked miners.

When she heard that a group of miners was ill up in the snowy high country, Nellie hired six men to help her haul 1,500 pounds of provisions to the stricken men.  She donned snowshoes and pulled a sled, surviving a snow slide along the way.

For that good deed she earned a title that would stick with her for the rest of her life, “Angel of the Mining Camps.”