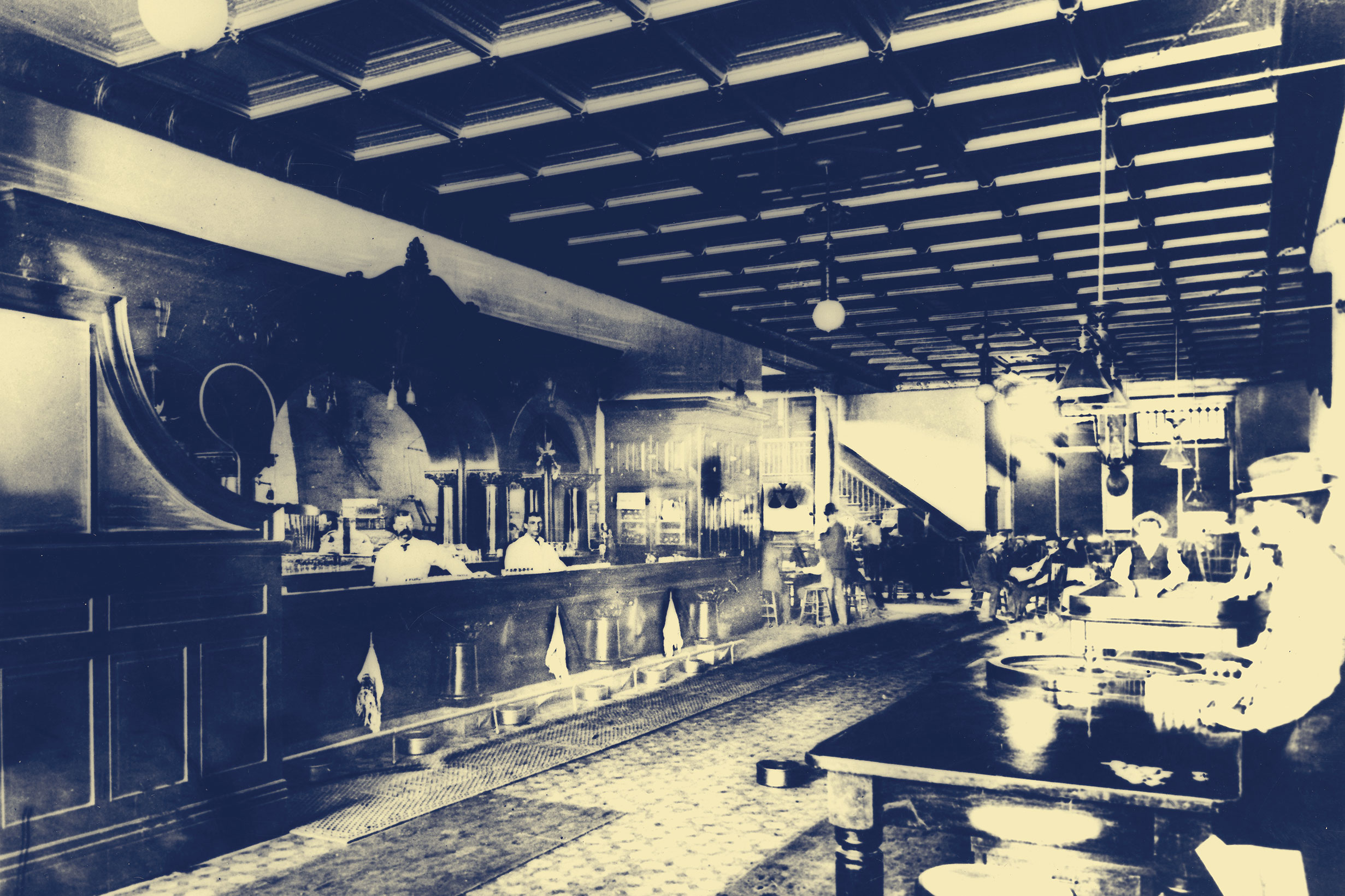 In Prescott in January 1877, the editors of The Arizona Miner announced, “The roads leading to Prescott from Phoenix are very rough in places and need fixing. When properly prepared and kept in order, hundreds of Maricopas will every summer visit points in Yavapai and Mohave counties, and citizens of the northern counties will travel to Phoenix…every winter.”

Nearly 145 years later, residents and visitors to Arizona don’t have to drive on hardscrabble rocky, muddy nearly-impassable trails to get from town to town in the Grand Canyon State—that is, unless they want to. For the purpose of this tour, we will stick to the pavement for most of the trip.

Kick off your statewide tour in the heart of Phoenix and a tour of the State Capitol Museum, Wesley Bolin Plaza and the internationally acclaimed Native cultural center, the Heard Museum. Then head to Old Town Scottsdale for an overnight stay within walking distance of Western Spirit: Scottsdale’s Museum of the West and the restaurant, shopping and art district.

From Scottsdale, the drive north to Cave Creek is through a mix of suburbs and desert on Scottsdale Road. Schedule a stop at the Carefree-Cave Creek Chamber of Commerce at 748 Easy Street in Carefree and learn about the neighboring resort communities. Cave Creek is loaded with fun cowboy, biker and sports bars, Western art galleries, restaurants (a favorite is El Encanto), Western wear stores (try Watson’s Hats) and antique shops. Consider staying a night or two at the Prickly Pear Inn and make time to say hello to the True West team before enjoying a desert hike or trail ride at a local stable and a tour of the Cave Creek Museum.

From Cave Creek, the statewide circle tour heads west on State Route 74 to U.S. 60 across the saguaro-studded Sonoran Desert to Wickenburg. In season, enjoy an extended stay at the Flying E Dude Ranch or book a room at a local motel or B&B within walking distance of Wickenburg’s downtown shopping and restaurant district. While in town, tour the Desert Caballeros Western Museum, which houses one of the finest art collections in the state. (Read more about Wickenburg in Leo W. Banks’ True Western Town column on pp. 74-76.)

From Wickenburg, head north on scenic U.S. Route 93 to Wikieup, Kingman and Mohave County. If you love wide-open spaces, you’ll appreciate the spectacular 131-mile drive across the Sonoran Desert with rugged, mountain scenery in every direction between Wickenburg and Kingman. U.S. 93 intersects with Interstate 40 and Kingman sits 23 miles to the west.

Get Your Kicks in Kingman

Kingman, the hometown of True West’s executive editor Bob Boze Bell, is named for Louis Kingman, the railroad engineer who managed the construction of the Atlantic & Pacific, soon thereafter known as the Atchison, Topeka & Santa Fe. The location was built near Beale Springs, a vital water source along the new rail route, perfect for steam engines and the new town. Kingman became the county seat in 1887 and served as a vital economic center for the mining, ranching and Indian communities of northwest Arizona.

In the 1920s the United States built its first national highway system and Route 66 was competing with the Santa Fe’s Super Chief for transcontinental travelers. After World War II and the rise of the automobile culture, Route 66 was slowly supplanted by the interstate system. Even though “The Mother Road” was completely bypassed by the early 1980s, nostalgic fans of Route 66 have made Kingman a key destination for driving the original historic route across northwest Arizona. As soon as a visitor leaves I-40 and drives through downtown Kingman, they will see that the city’s ties to the railroad and Route 66 are very evident.

In downtown, Amtrak maintains a stop at the historic Santa Fe rail station, which also sees 100 to 150 BNSF freights come through Kingman every day. Park at the Powerhouse Visitor’s Center at 120 W. Andy Devine Avenue and ask for a map of the city and directions to the city’s museums, historic sites and restaurant and shopping district. Don’t miss a chance to tour the Mojave Museum of History and Arts, The Route 66 Museum (at the Powerhouse), the Bonelli House and, for WWII enthusiasts, the Kingman Army Air Field. The city has a fine assortment of restaurants from brewpubs to Route 66 diners, plus plenty of national hotel chains for overnight accommodations.

From Kingman the tour follows historic Route 66 to Hackberry, Valentine, Truxton, Peach Springs and Seligman, where a stop should definitely be made at the internationally famed Snow Cap diner for a burger, an ice cream cone and a great photo opportunity.

Gateway to the Grand Canyon

Williams, 40 miles east of Seligman,  has been known for over a century as “The Gateway to the Grand Canyon” because long before a paved highway was built between Flagstaff and the national park, the Santa Fe railway’s Grand Canyon Railroad was taking passengers to and from Williams and the natural wonder. Today, Williams is still a gateway to the beloved park for rail travelers, with the historic Williams Depot located in the heart of Williams adjacent to the Grand Canyon Railway’s hotel. The heritage railway has numerous specialty trains, including limited steam-driven excursions, a very popular Polar Express in the winter and packages for overnight stays at Grand Canyon National Park.

Before an excursion to the national park, check in with the Williams and Forest Service Visitor Center at 200 West Railroad Avenue to learn about the area’s activities and sites for visitors of all ages, including a fun, historic downtown along Old Route 66 with a great assortment of restaurants, bars, tourist shops and antique dealers. Popular destinations near Williams that have entertained generations include Kaibab National Forest, Bearizona Wildlife Park and Grand Canyon Deer Farm.

From Williams, the circle tour backtracks 20 miles west on Interstate 40 to Ash Fork and the intersection of State Route 89 south to Prescott. The scenic drive passes through the ranching communities of Paulden, near the headwaters of the Verde River, and Chino Valley before its dramatic entrance into Prescott through Granite Dells.

In 1863, the Territory of Arizona was created and gold was discovered in the Prescott area. The following year the mountain town was made the first Territorial Capital. The mile-high city’s  downtown historic district is anchored by a classic, granite courthouse on picturesque Courthouse Plaza. Park your vehicle and check in with the Prescott Visitor Center at 117 Goodwin. Book a room within walking distance of downtown at the historic Hassayampa Inn or St. Michael’s Hotel, on the corner of Gurley and Montezuma, and spend a couple days exploring the city, including the shopping, restaurant, bar and antique district that surrounds the square. Don’t miss a chance to have a meal on Whiskey Row at one of the state’s oldest bar-restaurants, The Palace Restaurant and Saloon.

Prescott is also home to Sharlot Hall, which includes the original Territorial governor’s mansion, Fort Whipple Museum, the Phippen Art Museum and the Museum of Indigenous People, known until recently as the Smoki Museum. The former Smoki and Sharlot Hall are in walking distance of downtown hotels, as is the historic Elks Theater. Feel like gambling like Doc Holliday and the Earp brothers? While you can’t do it downtown on Whiskey Row anymore, you can visit Bucky’s Casino at the Prescott Resort, offering great views of the mountains, on the Yavapai Indian Reservation at the crossroads of state routes 89 and 69 and take your chances at the tables as if it was 1879.

From Prescott, the grand circle tour of the state heads east on State Route 69 to State Route 169 to I-17 north to Camp Verde and Exit 287 and State Route 260/87 to the Mogollon Rim and the mountain communities of Strawberry, Pine and Payson. Much of the route from Prescott to Payson follows Gen. George Crook’s famous 1870s military trail that connected Fort Whipple, Fort Verde and Fort Apache. If you have an extra couple of days, book a room in Payson, visit the Rim Country Museum and Zane Grey Cabin and explore the beautiful ponderosa pine country of the Mogollon Rim.

The scenic pines-to-cactus route from Payson to Globe heads south on SR 87 and then southeast on State Route 188 past Lake Roosevelt to the historic silver and copper camp. Globe, halfway across Gila County from Payson, is the county seat and one of the state’s most significant and profitable mining communities. Visitors to Globe, founded in 1876, should check in with the Globe-Miami Chamber of Commerce at 1360 North Broad Street and ask about local accommodations, restaurants, activities, historic sites and tours. Globe has a nice selection of national hotel chains and at least five B&Bs, including the Noftsger Hill Inn, located in the historic Noftsger Hill School. While in town make time to visit the Gila County Historical Museum to learn about the history of the mining town named for a large globe-like nugget of silver discovered in the late 1860s. Ask about tours of historic downtown, including the jail and courthouse. After learning about the more recent past, take a tour of Besh-Ba-Gowah Archaeological Park, a Salado cultural site over 800 years old.

The grand circle tour of Arizona concludes with the scenic drive on historic U.S. 60 through the mining town of Superior, where you won’t want to miss the Boyce Thompson Arboretum, to Apache Junction, from where you can quickly return to the Phoenix metro area, or follow old U.S. 60 through A.J., Mesa and Tempe all the way to downtown Phoenix. Either way, by the time you get back home or to your hotel, you would have struck it rich with on the grand circle tour of Arizona.