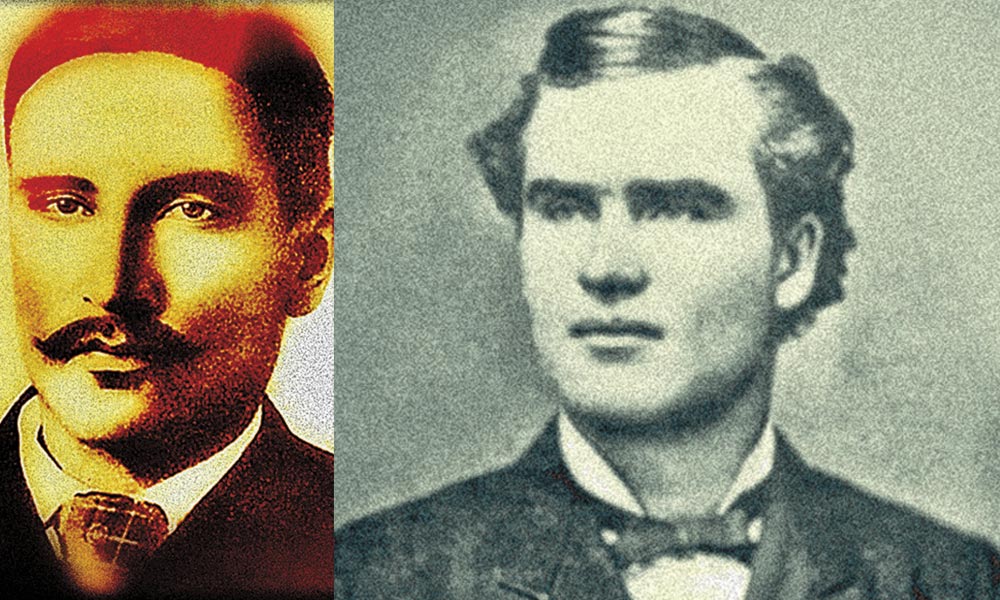 At the end of the day—or at least when the shooting stopped—Ed Tewksbury was the man who survived Arizona Territory’s infamous Pleasant Valley War.  But his life came at the expense of rival Tom Graham’s, and only after a long and convoluted legal process.

The nearly decade-long feud was one of the deadliest in U.S. history, with up to 50 people killed—including most of the men in the Tewksbury and Graham families. Ironically, the two clans started as friends in the Tonto Basin area, about 90 miles northeast of Phoenix, but they became enemies over competing business interests and racial bias (the Tewksburys were part Hupa).

Gunfire erupted in 1883. Some of the best-known gun throwers in the West took part in the feud that gradually worsened over time, including Tom Horn and Commodore Perry Owens. But by 1892, only two of the main warriors were alive.

Graham wanted no more of the fight and moved to Tempe, just outside Phoenix.  But Tewksbury and brother-in-law John Rhodes wanted to finish the feud, once and for all. On August 2, they shot Graham while he was driving a wagon filled with grain outside Tempe.

For an alibi, Tewksbury set up a relay of horses and rode about 170 miles that day between the Tonto Rim and Tempe. But Graham managed to identify his killers before he died; they were arrested.

Rhodes was tried first and found not guilty (he later became an Arizona Ranger).  Tewksbury was next, and he had an ace in the hole: Tom Fitch, the same attorney who had successfully defended Wyatt Earp, his brothers and John “Doc” Holliday in the aftermath of the O.K. Corral fight in 1881.

Fitch got the trial delayed for about 16 months. Then he based his defense
on Tewksbury’s alibi and several witnesses who backed it up—but one witness contradicted the others, saying he’d seen the defendant drinking in a Tempe saloon on the day of the shooting. The jury found Tewksbury guilty in December 1893. But that’s when Fitch earned his money.

The attorney managed to get the verdict overturned on a technicality. A new trial started in January 1895.  The case was once again a “he said, he said” affair. Prosecution witnesses put Tewksbury near the murder scene around the time of the killing. Defense testimony said the defendant was at the Tonto Basin.

After the five-day trial, the jury was out for a day before the judge was told they couldn’t reach a verdict. He declared a mistrial. In March 1896, prosecutors dropped the charges, citing the expense of a third trial.

Tewksbury was free after about two-and-a-half years behind bars. He eventually moved to Globe, where he became a lawman. Yet before he died of consumption in 1904, he reportedly told his stepmother that he did indeed kill Graham.

Zane Grey brought the story to a national audience in 1921, in his novel, To the Last Man. His fanciful tale showed a feud ended by young love. But the true ending had nothing to do with love—and everything to do with one more killing.