What History Has Taught Me: Cheryl Rogers Barnett

by Cheryl Rogers-Barnett | Jul 18, 2017 | Departments, What History Has Taught Me 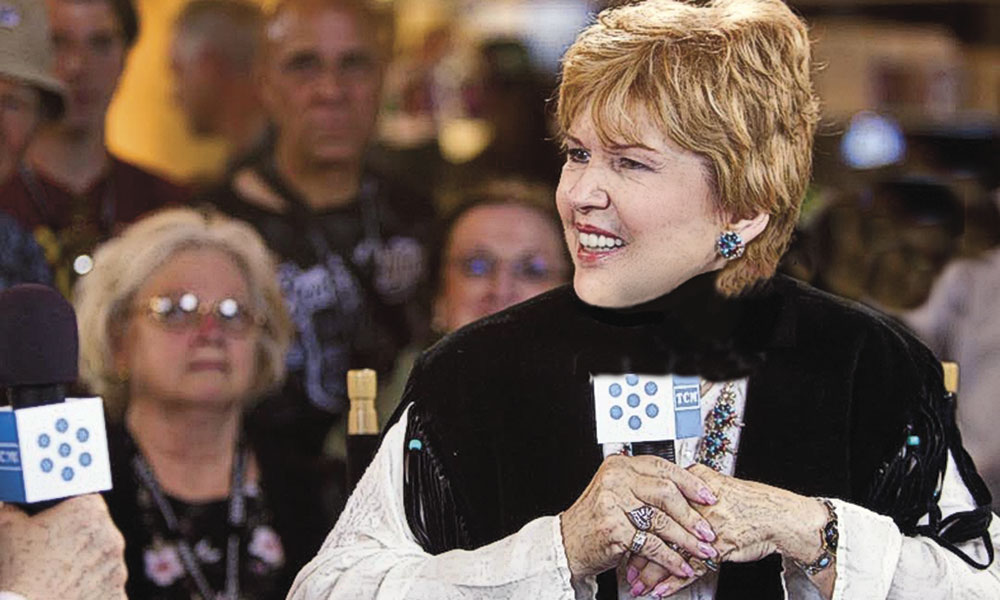 After her mother died shortly after giving birth to Roy “Dusty” Jr., Cheryl found a mom in actress Dale Evans and became the second oldest of nine children. She formerly served as director of the now-defunct Roy Rogers-Dale Evans Museum.

Like her mother Dale before her, Cheryl helps battle against child abuse as a charter member of Childhelp USA. Cheryl and her husband, Larry, produce documentaries about Roy and Dale, and live in Washington, Utah. 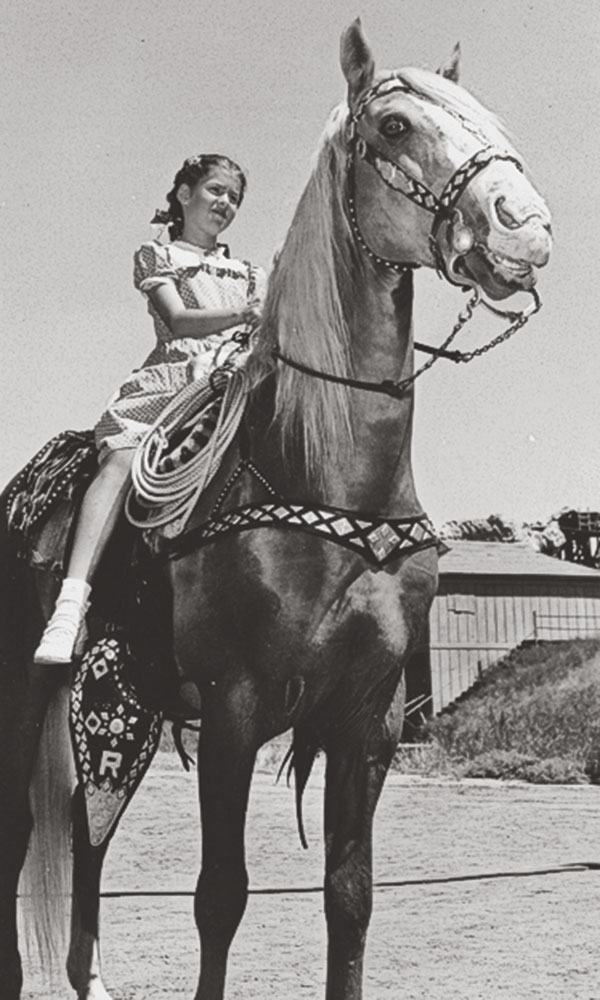 The question I get asked the most is: Were Mom and Dad as nice as they appeared? They truly were!

When I rode Trigger, although he was a stallion and was as big as a racehorse, he was kind and gentle. He shared my mayonnaise sandwiches and sodas. He also loved Dad’s coffee. (See the black-and-white photo of me and Trigger.)

Mom considered Dad the funniest man she ever knew. He was a terrible tease. Just as she was about to explode, he would throw out a one-liner and have her laughing until tears came.

My Dad loved watching his old movies. He would talk about himself in the third person. After watching himself in a fight scene or performing a stunt, he’d say things like, “Did you see what Ol’ Roy did?”

Dad’s sidekick George “Gabby” Hayes read to me and told me stories in his wonderful Broadway stage voice. I loved to see him all dressed up in his silk shirts and tweed suits. I thought him the most sophisticated man I’d ever seen—still do.

Most people don’t realize that my Dad was the comedian of the Sons of the Pioneers. In the early shorts that the Sons made, Dad makes the funny faces and noises that Pat Brady and Shug Fisher later made popular with kids everywhere.

Don’t get me started on the P.R. department. Early in my Dad’s career, publicists didn’t think that a cowboy should be from Ohio, so they wrote an article, “The Wyoming Cowboy.” I have received letters from people who tell me that their father, uncle, grandfather went to school with Dad in Wyoming. He never lived in any states but Ohio and California.

My favorite movie Westerns of all time are: The Searchers, Silverado, anything costarring Tom Selleck or Sam Elliott, Quigley Down Under and The Villain. When we watched The Villain at a Rogers family gathering, Dad said, “I wish they had asked me to do that part.”  He wanted to play Kirk Douglas’s part, modeled after Wile E. Coyote. Dad had always loved the Road Runner cartoons.

I worked at the Roy-Rogers Dale Evans Museum because Dad asked me to move to Apple Valley in California. I had recently lost my youngest son in a racing accident. He told me he wanted to start taking things easier. It was a life-changing opportunity for me.

Frank Thompson convinced me that I could write a book. Leonard Maltin, a dear friend, introduced me to Frank, who worked with me on the manuscript and then put me in touch with his publisher. With Frank’s invaluable help, my first book was born.

I gagged when I heard the title, “Cowboy Princess.” That was the title of an article about me in a movie magazine when I was four years old. My husband, Larry, promised me that the publisher would change the title, but they didn’t! I still haven’t forgiven Larry for that one!

I am most proud of having been able to take care of Mom and Dad. I am an adopted kid, and it was a privilege to help them at the end of their lives, as they had helped me at the beginning of mine.

Even sick and aging movie stars suffer the maladies and indignities that everyone else does. In my second book, which includes a discussion on caring for aging parents, I hope readers think that I convey my family in a respectful manner.