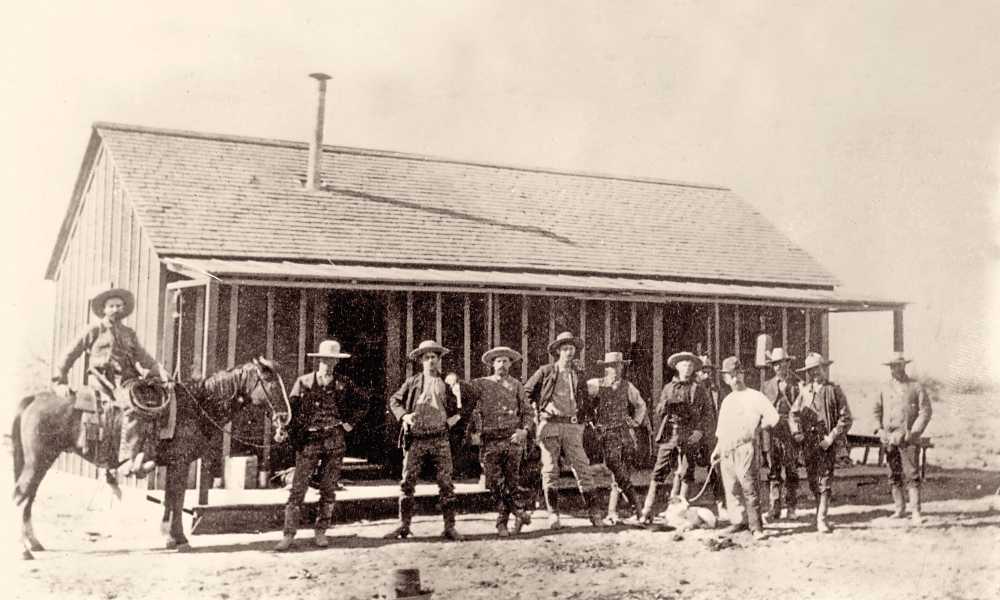 With the arrival of the Atlantic & Pacific Railroad in 1881 Holbrook, located at the junction of the Rio Puerco and Little Colorado River in northern Arizona would soon become one of the wildest cow towns in the West.

By 1887, the town had about two hundred and fifty residents. Businesses included five or six rowdy saloons. Contrary to popular myth, Holbrook never boasted a “Bucket of Blood” saloon. That was a woeful sobriquet given by the cowboys to any rough and tumble drinking establishment.

Holbrook in those days was, to paraphrase those immortal words of Mark Twain, “no place for a Presbyterian………”so very few remained Presbyterians, or any other religion for that matter.  In fact, the town had the unique distinction of being the only county seat in the United States that had no church until 1913.  And that was only after Mrs. Sidney Sapp cajoled her husband into organizing a building fund to build one.

The arrival of the railroad in 1881 opened up the area to large scale cattle ranching.  The territory’s most spectacular ranching enterprise, the Aztec Land and Cattle Company, organized by investors in New York City, was better-known by its hashknife brand. The outfit was running some 60,000 cows and 2,000 horses on two million acres of private and government land.  The absentee-owned enterprise was literally surrounded by rustlers who preyed on the herd like a pack of wolves. Many of the rustlers were not outlaws by trade but small ranchers who felt they had a right to rustle Aztec stock because the big outfit was grazing their cattle on a million acres of public lands.

It was estimated that a million and a half cows occupied the ranges of Arizona. This naturally attracted the lawless element and soon the ranges were overrun with horse thieves and rustlers. One report claimed 52,000 cows were rustled in one year alone. Convictions for were rare; local juries were not likely to convict a neighbor of rustling cattle from a corporate enterprise in New York City. The Hashknife went fourteen years without getting a single conviction for rustling.