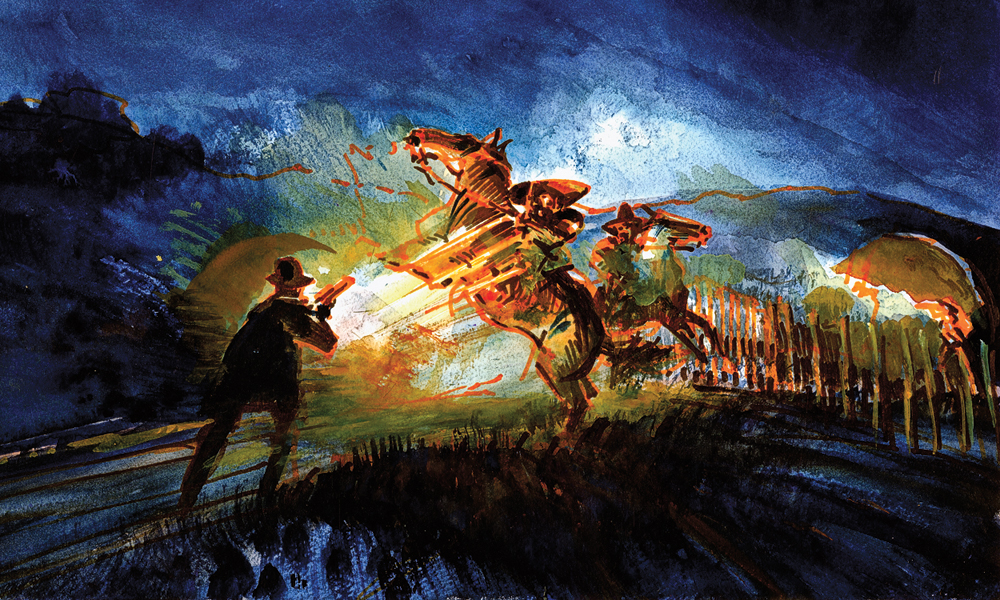 “The Sheriff is on the Warpath”

Sheriff Harry Morse “is on the warpath….” Or so declares the Oakland Daily News.

The sheriff of Alameda County in northern California, Morse is on the hunt for notorious bandit Narato Ponce (pronounced “Ponsay”), a hot-tempered Chilean who shot and killed a fellow poker player in Greavenor’s Saloon, located near the railroad depot in Hayward, on October 3.

Sheriff Morse receives a tip that Ponce is holed up in the Black Hills and intends to ride down into the Alisal (present-day Pleasanton) on Friday night, November 1.

Morse and John Conway, an Oakland lawman, ride out in a buggy. In Dublin, they trade the buggy for saddle horses and head east on the telegraph road, toward the Black Hills.

At a spot called the Willows, Morse and his deputy set a trap. A gate blocks the side road that Morse believes the outlaw will ride through, so the sheriff closes the gate and secures it tightly. Then the two lawmen conceal themselves, each hiding behind twin haystacks on opposite sides of the narrow road.

About 9:30 that night, the lawmen hear hoofbeats to the north. Dropping to the ground, Morse clutches a shotgun close to his chest and then rolls over and over until he is flat on his belly in the middle of the road.

Ponce rides right up to the gate, unties the latch and swings the gate open, then rides through, with his companion directly behind him.

When Ponce is 10 feet from Morse, the lawman leaps to his feet and barks, “Stop!”

In a flash, Ponce jerks his six-gun and fires, while he also reins his horse around to make an escape. Morse’s shotgun roars and 13 buckshot slam into Ponce’s back. The outlaw reels in the saddle, but continues to return fire.

Deputy Conway joins the fray, firing from his position near one of the haystacks. One of his shots strikes the outlaw’s mare in the thigh, causing both the horse and rider to stumble and roll in the dirt of the road. But the outlaw is not finished.

Ponce leaps to his feet, firing his pistol as he runs. Morse fires the second barrel of his shotgun, then draws his six-gun and continues to shoot. Three more pistol balls strike the outlaw, but he does not go down.

Conway empties his revolver. When it misfires on the sixth shot, he runs back to the haystack to retrieve his Henry rifle.

Ponce’s companion has already fled. Badly wounded, Ponce runs along a fence and disappears into the darkness.

The first fight between Harry Morse and Narato Ponce is over, but it will not be the last.

Sheriff Harry Morse and Deputy John Conway set fire to the haystacks to flush out Narato Ponce, unsuccessfully. The next morning, with the help of eight vaqueros, they searched the hills and found Ponce’s coat, soaked with blood and riddled with buckshot. A half-mile farther on, they found his boots, but Ponce was not in them.

A month later, Morse received a letter from Contra Costa County Sheriff Henry Clasen, claiming he had a tip that Narato was hiding nearby and to come quick. En route, Morse and Undersheriff George Swain got new information that Ponce was recuperating from his wounds in an adobe at Riggs Canyon, in the Black Hills.

Returning to San Francisco, the lawmen took the ferry to Oakland, where they Conway joined them. They made their way to San Leandro, acquired saddle horses and arrived at Riggs Canyon at 11 p.m. on December 12. They staked out the adobe. In the morning, they discovered the outlaw had slipped past them, once more, and escaped.

The next day, the lawmen arrested an accomplice of Ponce’s and got him to “peach” the location of the outlaw. On December 15, they rode 11 miles to Pinole, a small village on the shore of San Pablo Bay, and searched all the jacales. In Jose Rojas’s adobe, Undersheriff Swain discovered Ponce hiding in a hole under one of the beds. Alerting his comrades, Swain retreated outside, with Ponce following closely behind. Morse ran up the riverbank. After an exchange of gunfire, Morse took down Ponce with his Henry rifle. The outlaw died hard—and game to the end.

Recommended: Lawman: The Life and Times of Harry Morse, 1835-1912 by John Boessenecker, published by University of Oklahoma Press