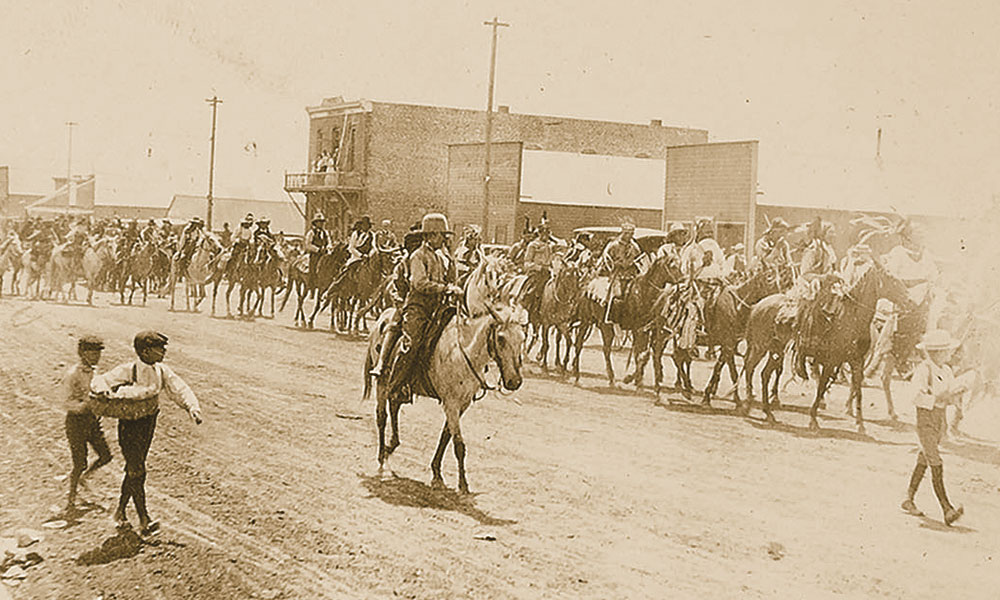 A Presbyterian pastor and a Mormon walked into a saloon. The first railed against the distribution of liquor and all the evils that came from drunkenness. The other owned the saloon, selling whiskey made by his own distillery.

The two of them came together in two impressive photograph archives that hammered down at Cowan’s Auctions in Cincinnati, Ohio, on November 17.

The “exclusively Mormon refresher” is how Mark Twain described Valley Tan whiskey. ‘Tradition says it is made of (imported) fire and brimstone,” Twain went on to write, in 1872’s Roughin’ It. “If I remember rightly, no public drinking saloons were allowed in the kingdom by Brigham Young, and no private drinking permitted among the faithful, except they confined themselves to ‘valley tan.’”

One does not usually associate Mormonism with alcohol, nor imagine that Utah’s early Salt Lake City had a principle thoroughfare designated as Whiskey Street by Mormon leader Young. After all, founder Joseph Smith proclaimed in 1833 that Mormons should abstain from liquor, excepting pure wine used as a sacrament. Then again, Smith had his own in-house bar in Nauvoo, Illinois, and eventually relaxed his ruling, in 1843, to sell spirits and, in the next year, liquor.

“Of these ‘squar drinks’ [drinks without water] we had at least four, which, however, did not shake Mr. Rockwell’s nerve, and then he sent for more,” Burton recalled in 1861’s The City of the Saints.

Who could be surprised, then, that a salesman for Samuel McCartney, “one of the largest and most prominent whiskey dealers in St. Louis,” as the St. Louis Dispatch reported on March 13, 1877, would include photographs of Young, Rockwell and other Mormon elders in his albums?

George S. Bigland moved to St. Louis, Missouri, sometime after his 1860 marriage to Alice in Canada; a city directory places them there as early as 1868. This is the time when Mormonism was seeing a resurgence in the city. In 1866, Young began sending missionaries to reestablish the St. Louis District.

“I suspect Bigland toured on the overland railroad and took a side trip from Ogden to Salt Lake—maybe in 1876, for that’s the date on the Brigham Young photo. He could have bought the images at Savage & Ottinger’s shop on Main (a.k.a. Whiskey) Street,” Mormon historian and author Will Bagley says.

Bigland’s photograph archive also included images of frontier Rocky Mountain scenes, other settlers and American Indians; it hammered down as the top lot at the auction, for $27,000.

Another impressive photograph archive came from the Presbyterian pastor Walter Clark Roe and his wife, Mary; $14,000. The photographs primarily focus on the couple’s mission work in Colony and Fort Sill in Oklahoma, from 1897 up through 1913. We see the Apaches baseball team, Comanche leader Quanah Parker, Apache medicine man Geronimo with his daughter Eva, and, luckily, Walter and Mary themselves.

The Bigland collection had a “photo slot labeled George Bigland, but the photo was missing,” says Eric Duncan, marketing coordinator for Cowan’s.

Perhaps someone out there, likely a Bigland relative, is holding that missing photo in their hands now.

Collectors made nearly half a million dollars on American History collectibles at Cowan’s Auctions.