The Wild West of Canvas and Nitrate 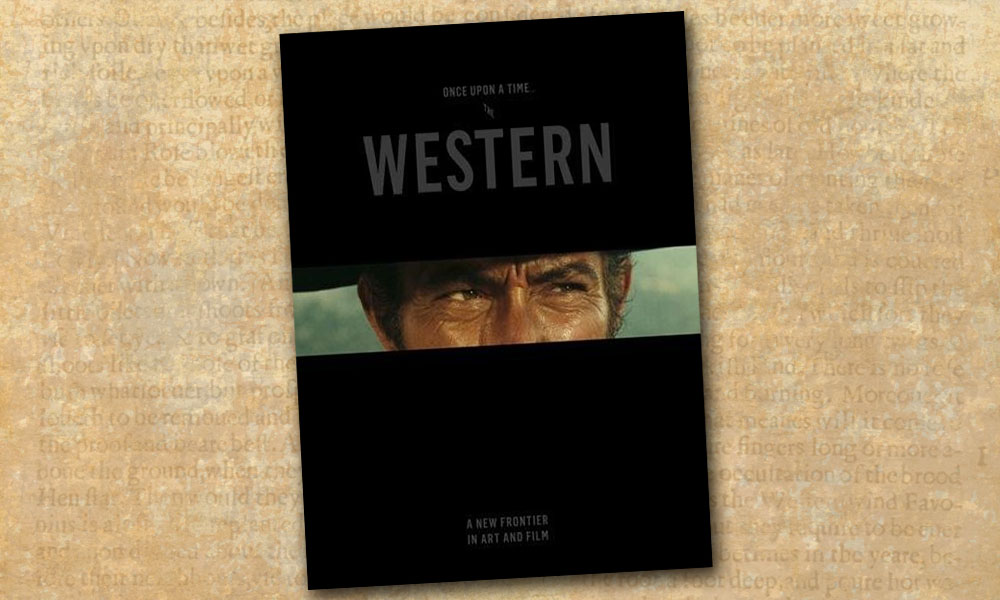 Once Upon a Time…the Western: A New Frontier in Art and Film, edited by Mary-Dailey Desmarais and Thomas Brent Smith (5 Continents Editions, $45), is a beautifully designed, highly graphic coffee-table book with three dozen essays and interviews thoughtfully edited by the curatorial team of Montreal Museum of Fine Arts’ Curator of International Modern Art Desmarais and Denver Art Museum’s Director of the Petrie Institute of Western American Art Smith.

The groundbreaking exhibition examines for the first time the cross-cultural influence of Western art and America’s most defining contribution to the medium of film—Western cinema—on our international collective understanding—and misunderstanding—of the history and culture of the West. Director General and Chief Curator of the Montreal Museum of Fine Arts Nathalie Bondil asks in her opening essay, “The Western: An Alternative History,” “Americans have had a unique relationship with the movies, and Hollywood has played a large part in inventing a national history, with the Western as one of its main vectors. How then does art, both fine art and cinema, build the myth?”

Once Upon a Time…the Western is a lush collection of images, artwork and stills from 175 years of Western cultural history—American and Canadian—that reproduces the vibrant palate and intellectual experience that a visitor to the exhibition experiences in person, which I did at its premiere at the Montreal Museum of Fine Arts in October 2017. Beyond the beauty of the Western art, cultural ephemera and cinema stills, Once Upon a Time…the Western’s essays and interviews—from a virtual who’s who of Western art curators and cinema historians from the United States and Canada—illustrate, expand and elucidate our understanding of the 2017-’18 joint-museum exhibition. The inclusion of interviews with John Ford, Clint Eastwood and Quentin Tarantino are invaluable to the Western cinema fan, as are the essays on John Wayne, Sergio Leone, Akira Kuroasawa, Sam Peckinpah and Andy Warhol. Desmarais and Smith state in their introduction, “…we hope that, together, the essays assembled here tell a story—one that provides a multifaceted picture of the nexus of art, ideology, and history at the heart of the Western genre.” 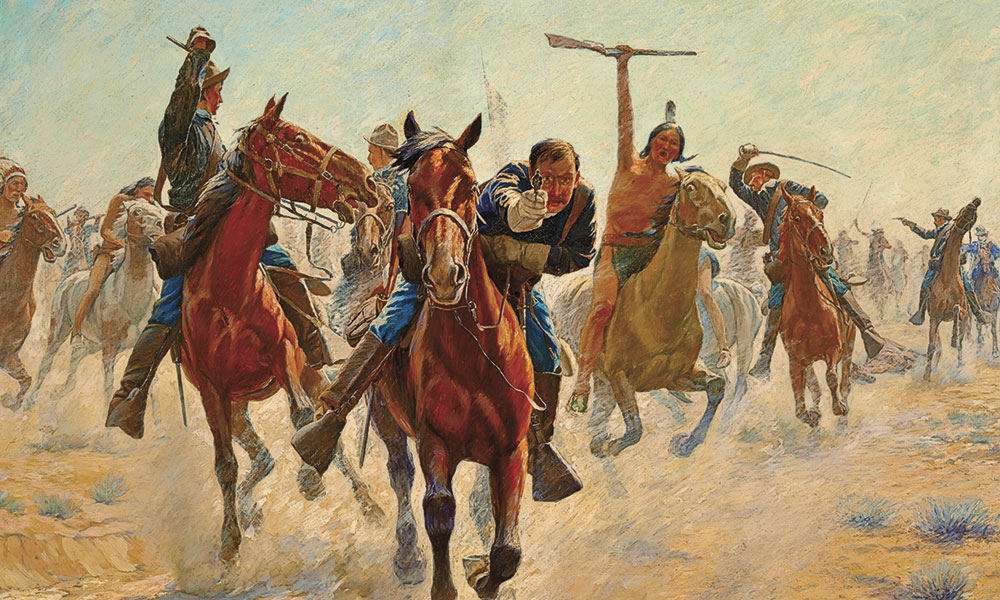 While many who read Once Upon a Time…the Western will be disappointed that they were not able to tour the museum exhibition when it was on display in Denver or Montreal, the depth and beauty of the published catalog will inspire the reader to seek a deeper understanding of the power of art and cinema on our collective idea of who and what we believe the West is, while motivating the reader to ask better questions about what we want the West to be today and for future generations.

The international duality of the exhibition is also its strength as the two editors and curators have provided exhibition attendees and readers with an introspective viewscape that juxtaposes American and Canadian Western history from what many would consider the West’s unofficial capital, Denver, and the original gateway city to the West, Montreal. I can only suggest one way to have improved the exhibition and catalog: invite the curators of Mexico’s National Museum of Art to interpret the exhibition from the Mexican perspective, truly creating a continental interpretation of Western art and film—and its lasting effect on our divergent cultural understanding of the North American West.

As an exhibition advisory board member, Montana State University Assistant Professor of Film History and Critical Studies Andrew Patrick Nelson states so eloquently in his closing essay “Keeping the Spirit Alive: Preservation and Specialization in the New Golden Age” of the Western: “Today, any of us can watch almost any Western we want, any time we want….If that isn’t a Western golden age, I don’t know what is.”