The Gunfight Behind the O.K. Corral started without warning and lasted 27 seconds. Although C.S. Fly’s studio was next to the empty lot where the shoot-out occurred, the photographer was busy during the aftermath.

C.S. was the one who took the dying Billy Clanton’s pistol from his hand. His wife, Mollie—who was actually a better photographer than him—could have gotten a photo, but C.S. usually set up the camera for her. She was probably too busy as well.

The other likelihood: nobody figured we’d still be studying every detail of the gunfight nearly 140 years later. 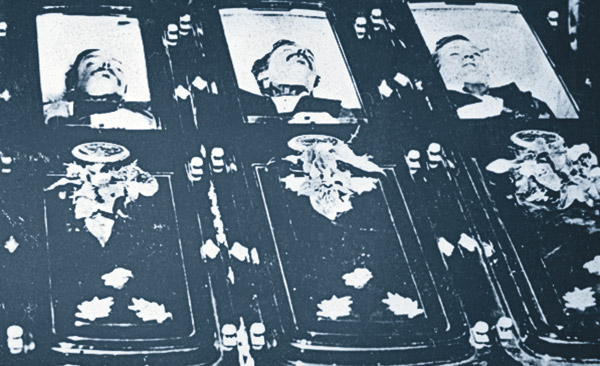 The only Fly photo connected to the event was one of Tom and Frank McLaury, and Billy Clanton in their coffins (shown above, from left).