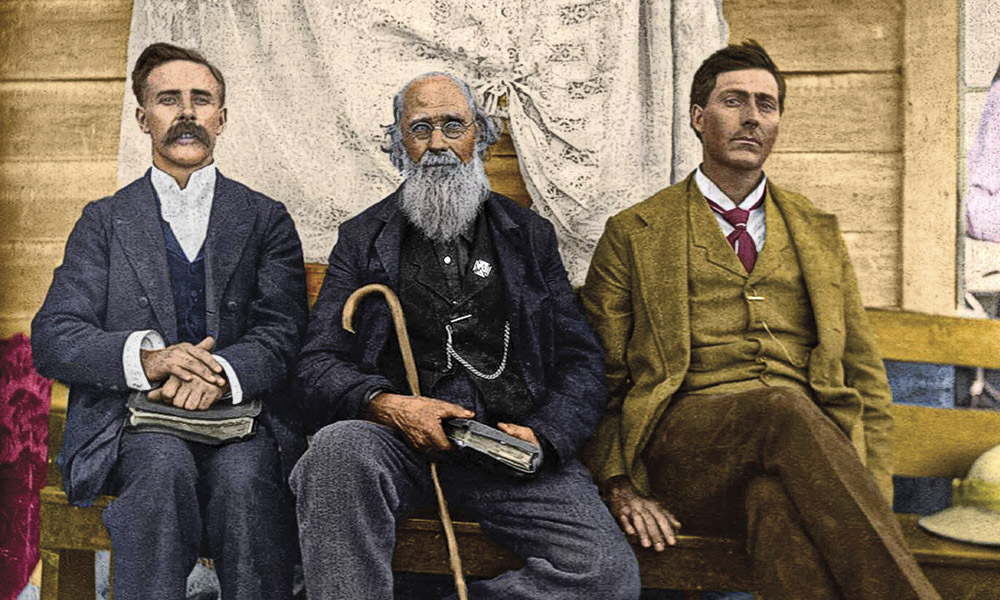 Emily Washines believes Yakama War history offers more than “us vs. them.”

This former Miss Yakama Nation knows the American Indian perspective of the war fought against the U.S. Army from 1855-1858 in Washington Territory. Now she’s searching for descendants from the Army side of the conflict—the 3rd, 4th, 6th and 9th Infantries.

“I think there’s real power in historic enemies standing side by side,” Washines says. “It will help erase the ‘us. vs. them’ and allow us to live as neighbors and never forget our history in the Northwest.”

The first 10 months of 1855 in Washington Territory were focused on peace, not war.  Several tribes—one of the largest treaty councils in U.S. history—had agreed to give up vast amounts of land in exchange for the inviolable promise of half the fish in the territory in perpetuity, money and provisions, and reserved lands where white settlement was prohibited. Washines’ Great-Great-Grandfather Chief Meninick was one of the treaty signers.

But the discovery of gold interfered—as it had everywhere gold was found—disrupting the treaty. Officials were in Washington seeking ratification of the treaty when hostilities began.

The trigger depends on who’s telling the story. Washines says it all started when two prospectors raped a teenaged Yakama girl. Chief Kamiakin’s nephew tracked down and killed the rapists. Then Indian Agent Andrew Bolon was murdered by Yakamas when he came to investigate the rape. The Army considers Bolon’s murder the cause of the war.

Washines was awakened to the war in October 1999, when she was crowned Miss National Congress of American Indians. In her honor, elders sang a warrior song and impressed on her that she should never forget that women were warriors too, even in the Yakama War.

That memory came back to her in 2013, when she decided to tell the whole story of the war. She applied for an artist grant.

Her research underscored the war’s various dynamics, and she found many people in Washington knew nothing of the conflict. She set out to locate Army descendants.

She’s particularly interested in finding descendants of Maj. Granville Haller, commander in the first battle of the war, now remembered as Haller’s Defeat because his 84 infantrymen were routed by Chief Kamiakin’s 300 warriors. Reach out to her at nativefriend33@gmail.com if you know about or are a descendant.

Washines has already produced a short video about the women’s role in the war. She hopes her conversations with Army descendants will inspire her next video.