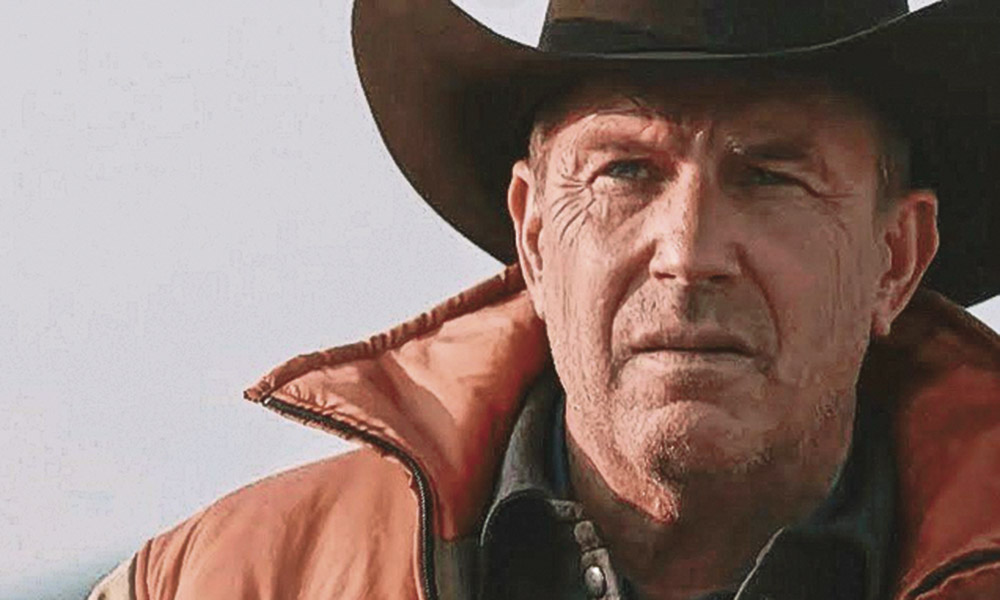 “Ranching is the only business where the goal is to break even—survive another season.”

So says Kevin Costner’s character, John Dutton (shown below), in Yellowstone, the contemporary Western, 10-episode series that premiered on Wednesday, June 20, on the new Paramount Network.

Owners of the largest private ranch in the country, the Duttons are constantly under siege from developers, an Indian reservation and our oldest National Park, which is right on their doorstep.

Shot in Montana and Utah, the series is the creation of writer-director Taylor Sheridan, who, in three years, has given us three remarkable contemporary Westerns: 2015’s Sicorio, 2016’s Hell or High Water and 2017’s Wind River.

The cast of Duttons includes Luke Grimes, of the Fifty Shades of Grey films, Wes Bentley, Kelly Reilly and Dave Annable. Others casted who have worked with Sheridan before include Gil Birmingham, from Wind River and particularly memorable as Jeff Bridges’s partner in Hell or High Water, and Gunsmoke star Buck Taylor, who had a wonderful cameo in Hell or High Water. Also look for The High Chaparral star Rudy Ramos as Felix Long.