The Road to and from China 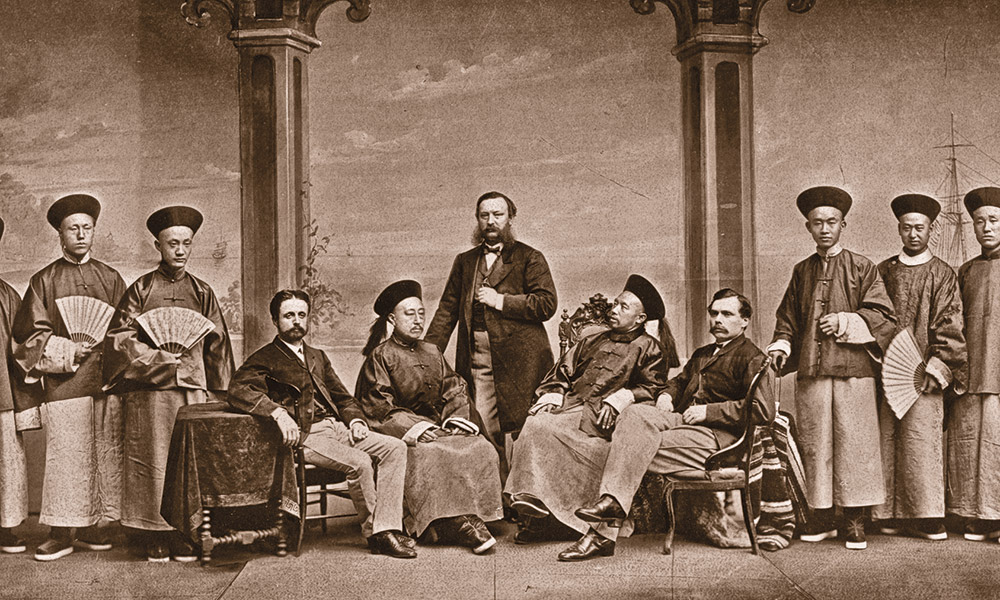 Anson Burlingame is a name mostly forgotten today.  But over a 22-year period, from the early 1860s through mid-1880s, he was well known in two continents.

The career politician and diplomat was appointed the minister to the Qing Dynasty that ruled China. Part of his charge: open up that country to U.S. trade and services.  He was so good in establishing relations with the Qing that in 1867, when he was set to retire, the dynasty hired him as an envoy to the U.S. and Europe.

Working with his old boss, Secretary of State William Seward, Burlingame spent about four months crafting an agreement.  What came to be known as the Burlingame Treaty was finished on July 28, 1868. It covered some important points, perhaps chief among them: unlimited immigration between the two countries, and that immigrants would be guaranteed personal freedoms by each government.

The treaty was the first to open up relations between China and a western nation on a truly equal basis (the 1858 Treaty of Tientsin was flawed). The 1868 treaty opened Chinese markets to U.S. exports and led to Chinese (mostly males) coming to the U.S. as cheap labor for railroads, mining and other industries, especially in the American West.

But the new immigrants were not warmly welcomed. American workers and European immigrants were outraged, fearing, with some justification, that the newcomers would take their jobs. Others viewed Chinese culture, religion and language with suspicion.  It was only a matter of time until things got out of hand.

On October 24, 1871, a mob estimated at around 500 people attacked Chinatown in Los Angeles, California. Up to 20 Chinese were lynched; most of the buildings in the area were ransacked or destroyed.

Things worsened two years later with the Panic of 1873.  The six-year-long depression led to bank and industry failures, high unemployment and falling wages and real estate values. Many Americans took their frustrations out on the Chinese immigrants.

On July 23-24, 1877, a San Francisco meeting of the Workingmen’s Party of the United States attracted 8,000 people. In a violent turn, targeting the local Chinese community, four people died and numerous Chinese businesses were destroyed or damaged. Anti-Chinese sentiments continued to grow across the nation.

That mood culminated in the Chinese Exclusion Act of 1882, which ended all immigration from China. The law lasted until 1943—but even that period wasn’t calm.  Anti-Chinese riots, spurred by labor unions, wracked Western locales in 1885 and 1886.

The author and namesake of the 1868 treaty wasn’t around to see any of that turmoil. Burlingame died in 1870, in St. Petersburg, Russia, while working on a treaty between the U.S. and Russia.