How Many People Died During the Indian Wars?

How many people died during the Indian Wars?

Considering the isolated skirmishes and unrecorded killings on both sides, historians can offer only an estimate. The numbers are skewed even for well-known battles. For example, somewhere between 450 and 800 settlers died during the 1862 Sioux Uprising. 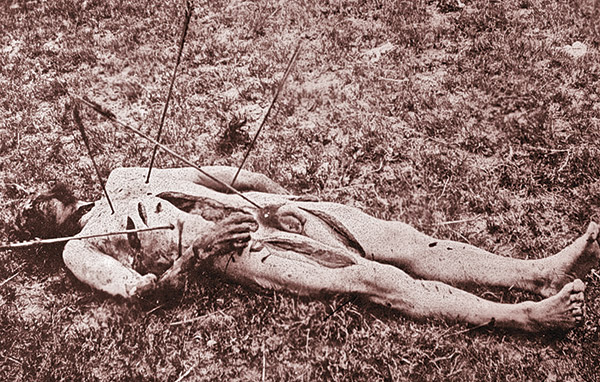 “I never counted civilian deaths—found it impossible. I did count civilian deaths in Texas alone during the decade of the 1860s (in The Settlers’ War). They totaled 399.”