In the Hands of History 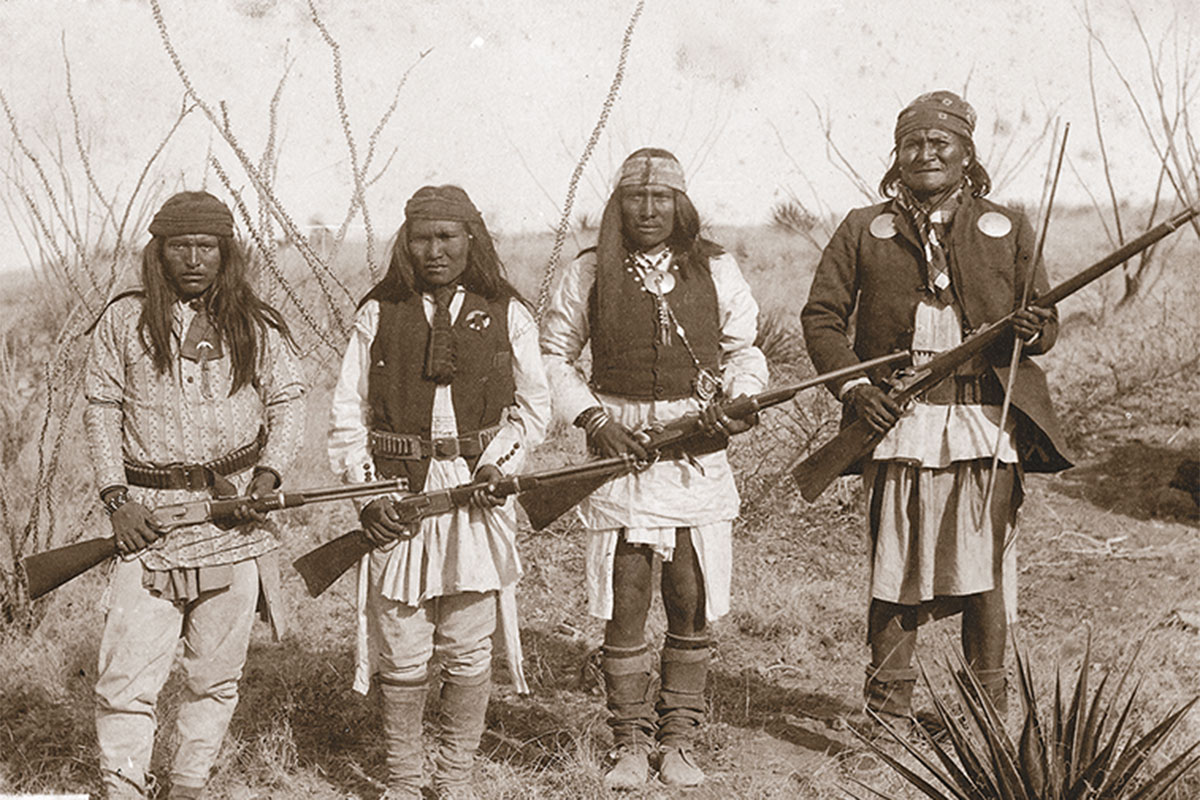 The 1873 “Trapdoor” Springfield is arguably one of the most important firearms used in the expansion of the American West. The long gun’s illustrious history began its path to notoriety first by being mass-produced as the first standard-issue breech-loading rifle adopted by the United States Army, with both full-length and carbine models being widely used in battles and skirmishes against the Western tribes during the post-Civil War Indian Wars.

Produced by Springfield Armory in Springfield, Massachusetts, the model 1873 was a single-shot cartridge rifle, chambered for the powerful .45-70 caliber. It was the fifth variation of the Allin trapdoor design, and was named for its hinged breechblock, which opened like a trapdoor. The infantry rifle model featured a 325⁄8-inch barrel, while the cavalry carbine used a 22-inch barrel.

The rifle quickly made its way into the history books as the prominent enforcer in many a famous battle. Most notably, the carbine version was the rifle that armed the 7th Cavalry battalion led by Lt. Col. George Armstrong Custer on his ill-fated day in the hills overlooking the Little Big Horn in 1876.

The Trapdoor also made its way into the hands of one of the period’s most menacing figures, Geronimo. During the notorious Apaches’ reign of terror across the Southwest, many photographs were taken of the murderous scourge with versions of the infamous Trapdoor in his grasp.

A famous image of Geronimo shows him kneeling with an 1873 Trapdoor carbine in his grips. Some historians argue the gun was a prop used when photographer Ben Wittick took the picture in 1887, but, regardless, the gun found its way into both myth and fact.

In another image of four Apaches with Geronimo, whose dominating physical size overshadows the three smaller men, he is pictured with what appears to be the longer Trapdoor Army version. This picture was taken by C.S. Fly during a “conference” between Geronimo and U.S. Army Gen. George Crook to discuss the possible—and not-to-be—surrender of the renegade Apache warrior and his followers at Cañon de los Embudos in northeastern Sonora, Mexico, in March 1886. As history records, the surrender did not happen and Geronimo continued raiding in Arizona and New Mexico territories with these very rifles.

Ironically, it was the 1873 Trapdoor Springfield in the hands of officers, troopers, infantrymen and a small cadre of Apache scouts, under the 4th Cavalry’s Capt. Henry Lawton, that brought an end to Geronimo’s terrorist reign when he finally surrendered to Gen. Nelson Miles at Skeleton Canyon on September 4, 1886.

The 1873 Trapdoor Springfield still has fans today and original models are bought and sold at auctions and among private collectors. Finely produced faithful replicas of these long guns are currently manufactured with exacting detail by Uberti and can be purchased with a variety of finishes.