If the State Won’t Do It 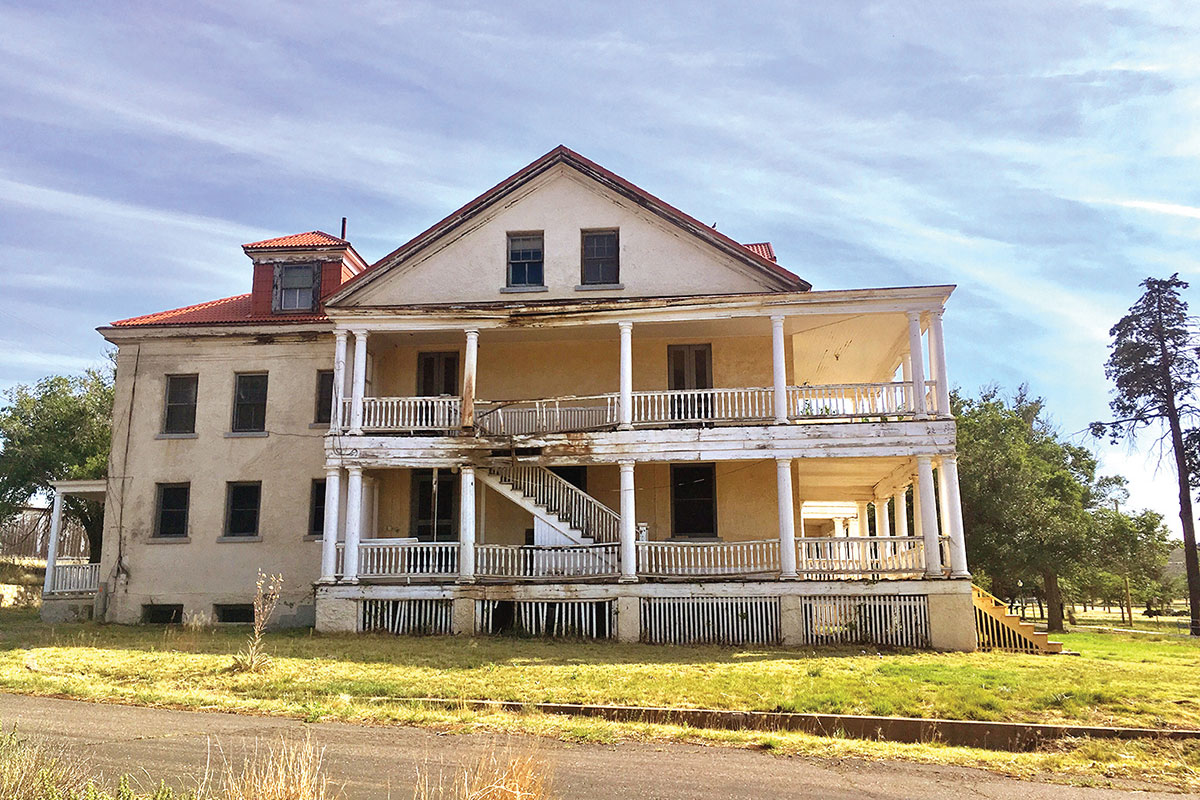 Rebuild it or demolish it—that’s been the tipping point for many historic facilities in the West that haven’t had all the tender love and care they deserve.

Thankfully for New Mexico’s legendary Fort Bayard, there are some pretty determined folks dedicated to restoring and rebuilding.

So it’s ironic that while the Village of Santa Clara is winning state awards for its tenacious determination to keep Fort Bayard from complete ruin, it’s also fighting the state to get control of the 438-acre compound so it one day can be a living heritage park.

Cecilia Bell of the Fort Bayard Historic Preservation Society recently complained to the local newspaper that the state hadn’t ponied up a cent to help, and said: “We really hope and pray that if the state of New Mexico can’t take care of the site, that they will transfer the whole site to Santa Clara and let Grant County residents show that they can take care of it.”

Meanwhile, the Village of Santa Clara has put its money where its hopes and prayers live. This is the third year they have gotten a federal grant to bring AmeriCorps teenagers to the fort to help stabilize the buildings.

Village Clerk Shelia Hudman says 12 youth at a time come to do the work. Their salaries are paid by a federal program, but the village provides their housing and food and materials for the work projects.

So far, they’ve helped thwart vandalism by boarding up the first-floor windows in many of the buildings—then painting the plywood to resemble windows. This year, they gave some of the buildings the first coat of new paint they’d seen in four decades.

For this effort, New Mexico honored Hudman and Village Mayor Richard Bauch with a 2018 Heritage Preservation Award, given for the first time in the area of Community Preservation Planning.

So it appears that New Mexico—saying it has no money—hopes the fort survives, too. And for good reason.

Fort Bayard was built in 1866 to protect travelers and homesteaders in New Mexico Territory from Indian raids. Growing to more than 80 buildings (81 survive today)  it became one of the homes of the famed Buffalo Soldiers.

After Geronimo surrendered in 1886, the fort became the Army’s first military sanatorium. It later housed German prisoners of war and was a hospital complex for the state until 2010. It was named a National Historic Landmark in 2004.

Since then, one of the buildings along “Doctor’s Row” has become a museum to tell the fort’s story. But locals say there’s so much more to tell, and so many good uses for those 80-plus historic buildings.

“I want to see it be a vibrant place again,” says Hudson.

Betting folks are waging on the hope-and-prayer gang.